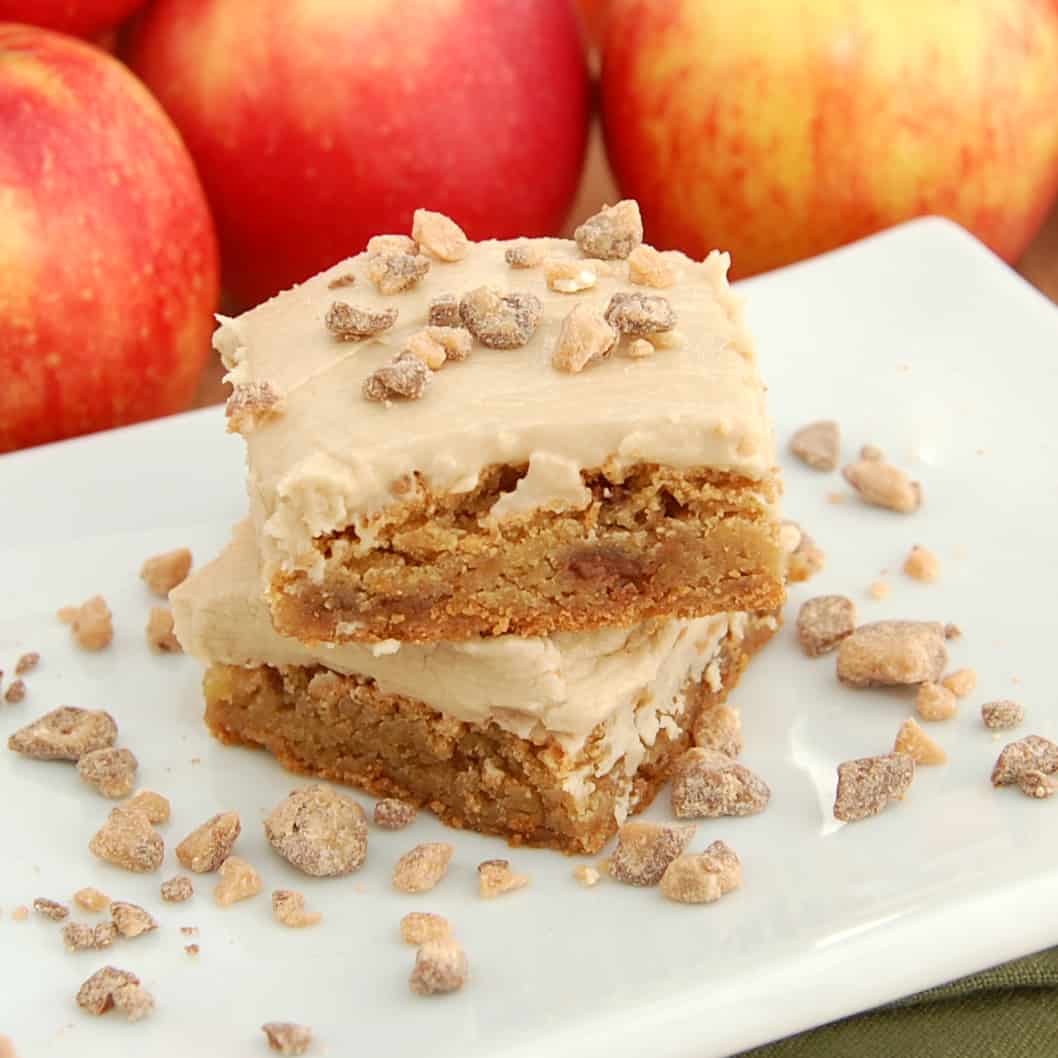 This past weekend Andrew and I went apple picking at Tanners Orchard. This was the first time we had been to this orchard and I was really impressed. If you don’t feel like picking your own apples, they have a large market where you can buy already picked apples, pumpkins and gourds. They also sell jams, apple butter, kettle corn, doughnuts and fall decorations. We had so much fun and couldn’t have asked for better weather. 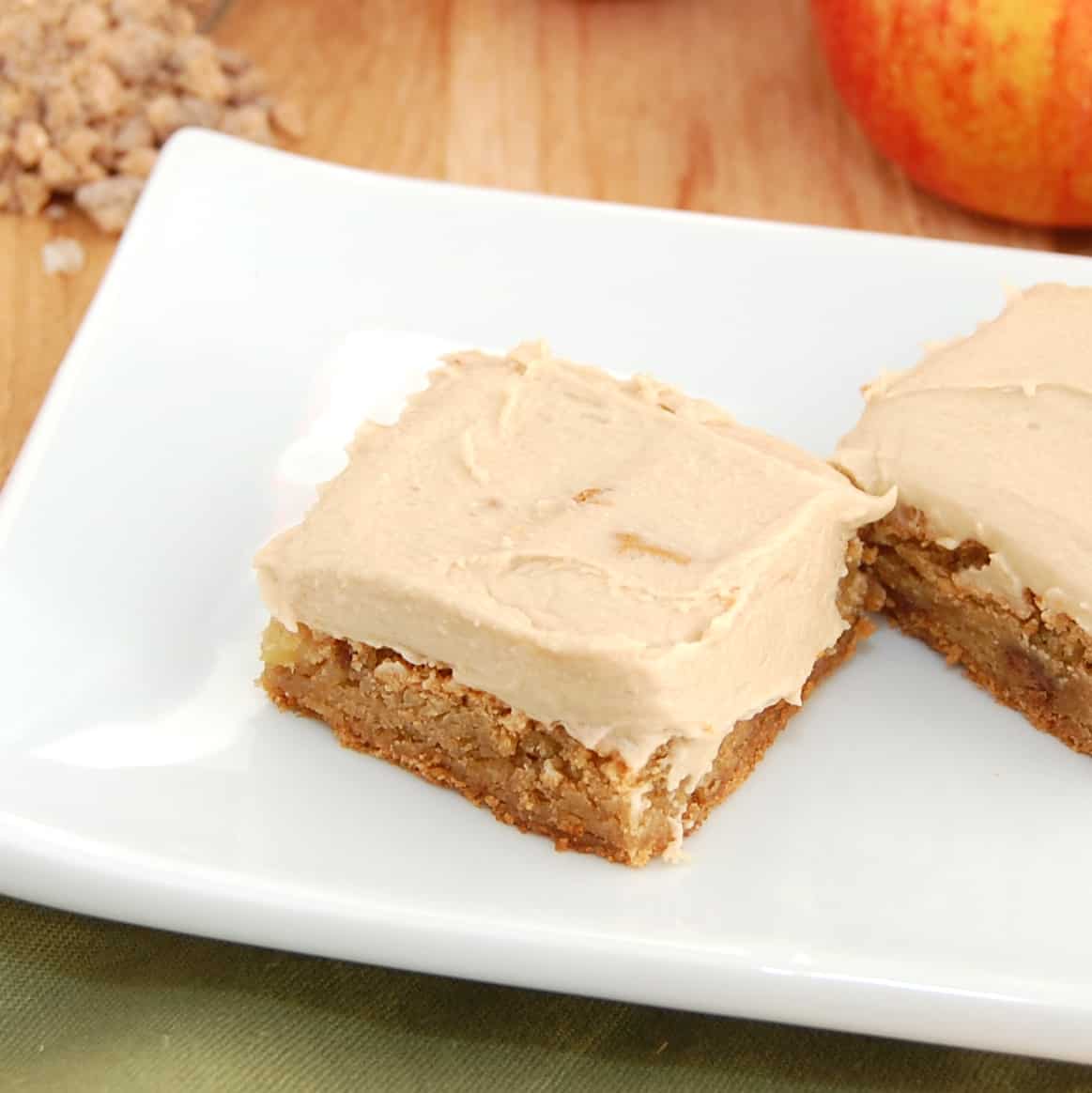 Apple picking has been a fall tradition ever since I can remember, so I was very excited when Andrew suggested that we go! 🙂 We came home with a peck of Jonagold apples, a gallon of apple cider and a few apple cider doughnuts. Besides eating them out of hand, I LOVE to bake with apples. Loaded down with over ten pounds of apples, this recipe was the first one I wanted to try. 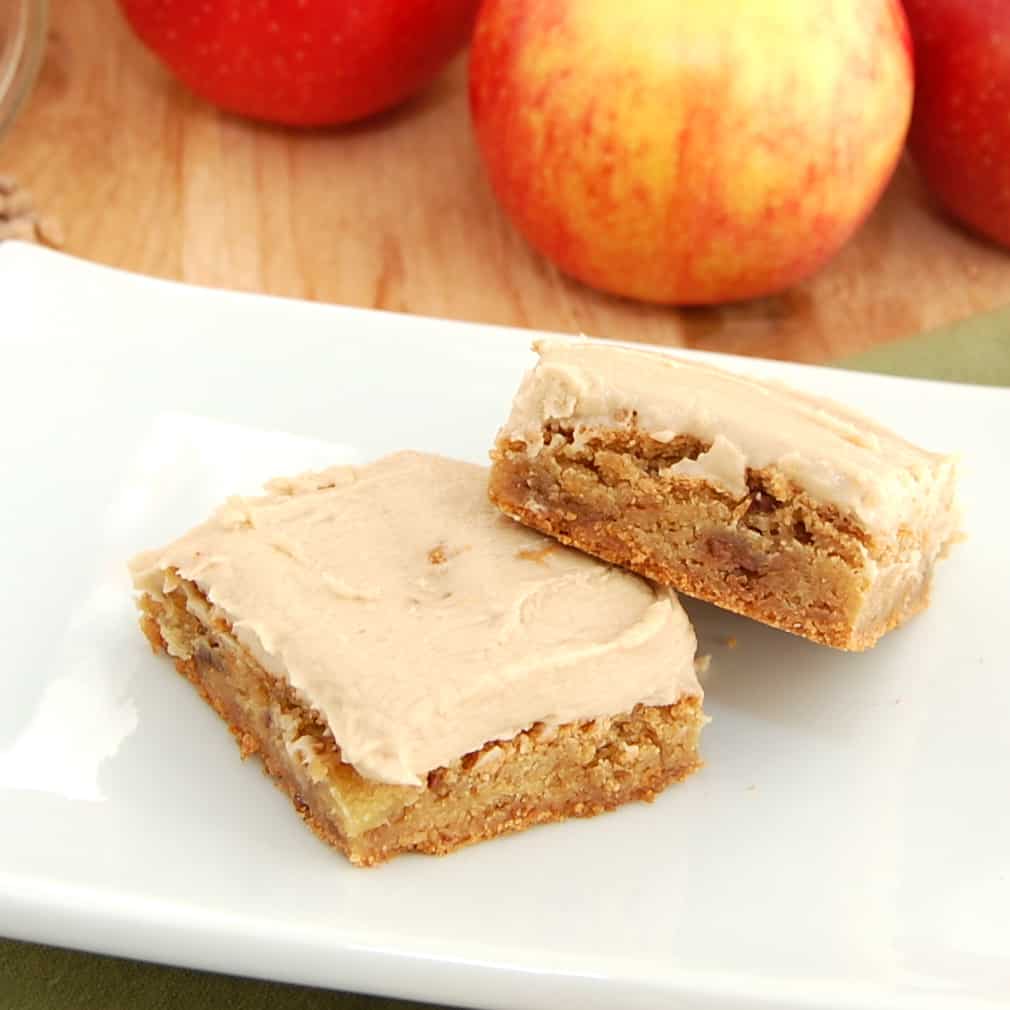 I have been waiting to make these apple blondies since the season began. Chewy blondies bursting with little chunks of apple and toffee bits are slathered with an incredible brown sugar frosting. These blondies are wonderful with or without the frosting. Go ahead, you know you want one! 😉 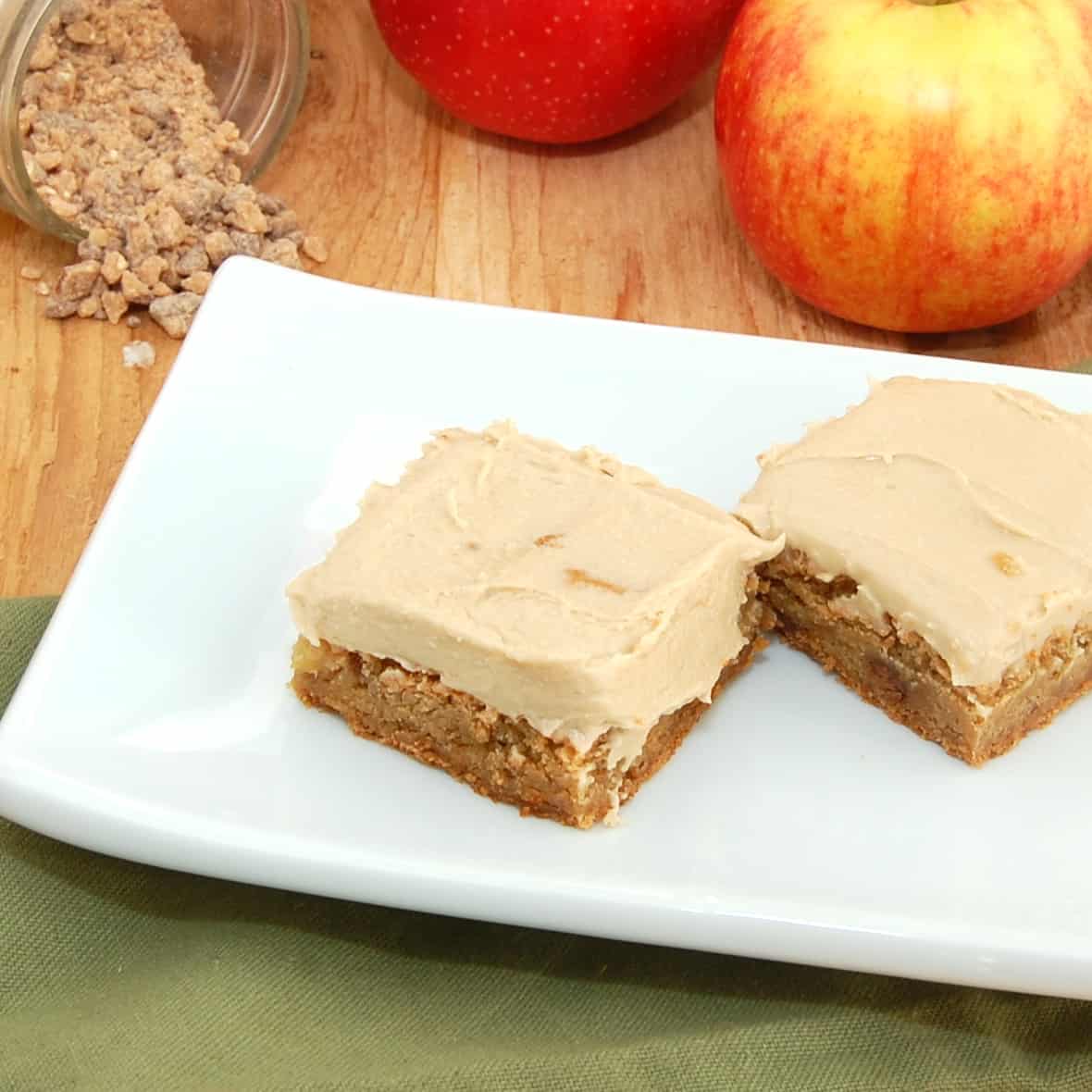 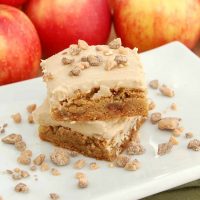 For the Brown Sugar Frosting: 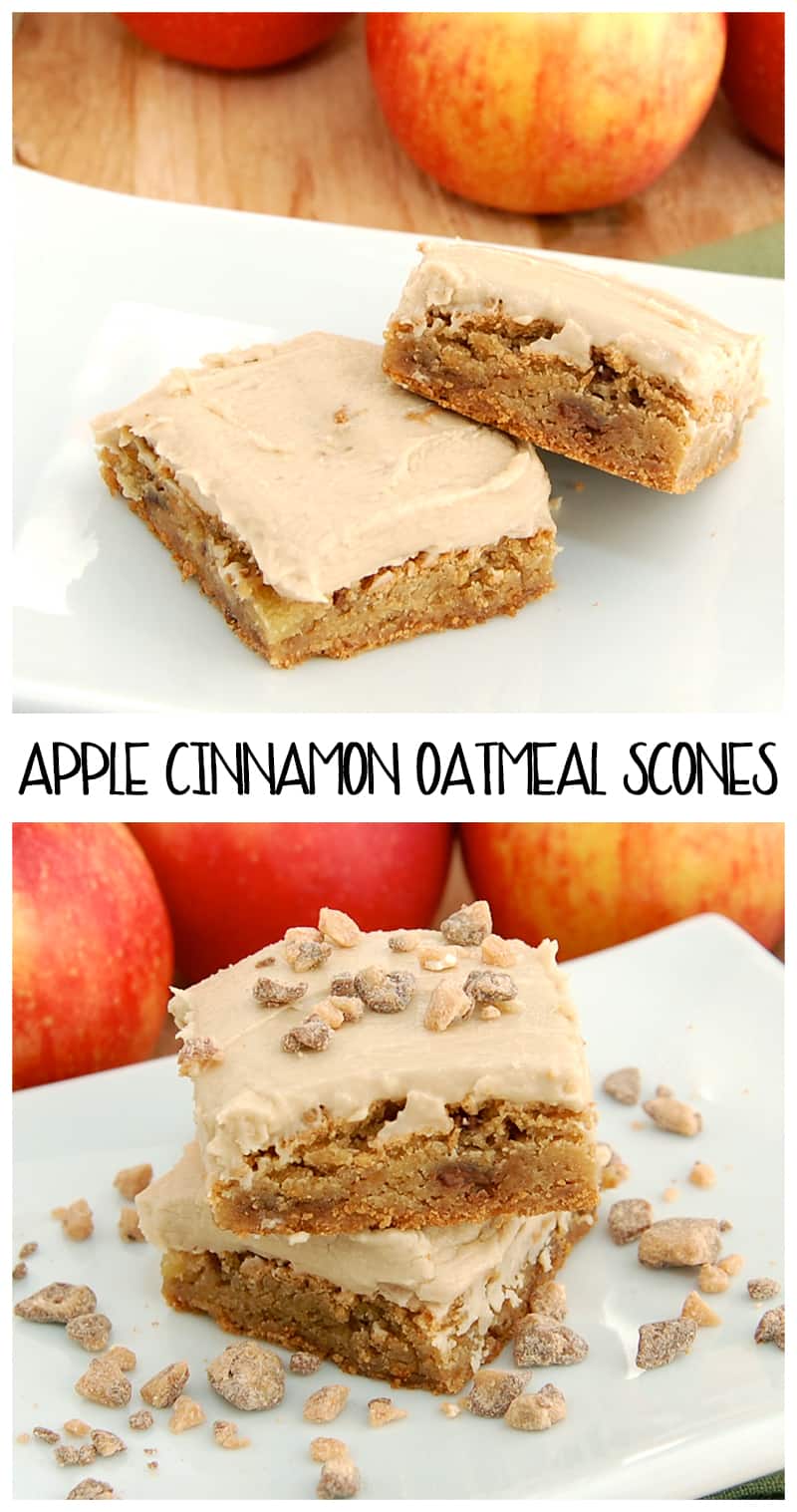