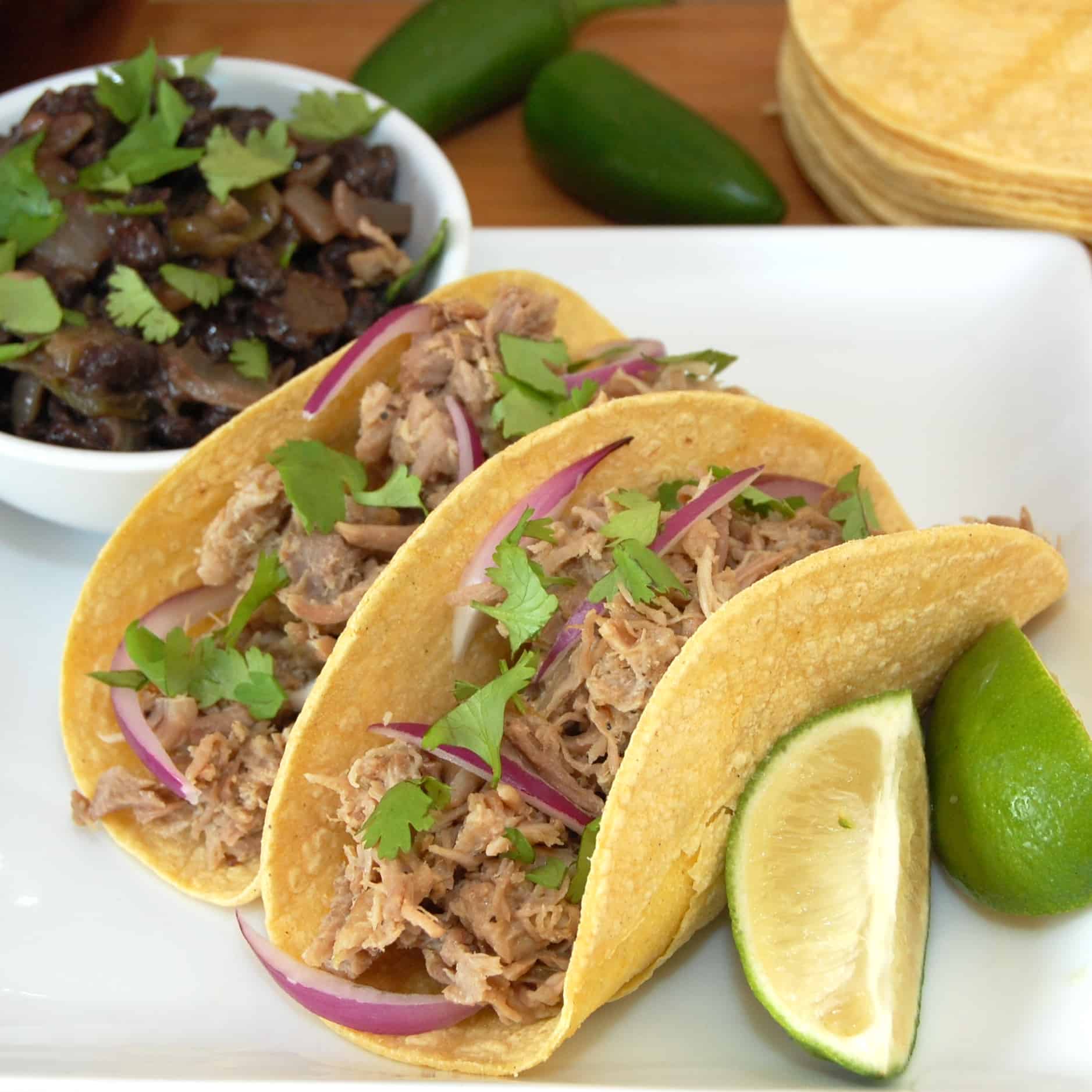 Last month my husband and I were down in Key West on vacation and had lunch at Bagatelle on Duval Street. There I had the most amazing Cuban Street Tacos I have ever tasted and I knew that I had to recreate them in my kitchen as soon as I got home. This recipe is a bit time-consuming but totally worth it in the end! The seasoned pork butt is slow roasted in a citrus marinade of lime and orange juices then removed from the pot to reduce and thicken the marinade into a thick, syrupy glaze.

The glaze is then poured over the roasted pork and broiled until lightly crisped and caramelized. Served alongside Cuban Black Beans and Sangria, I felt like I was back in Key West sitting on the wrap around porch of Bagatelle feeling the tropical breezes blowing through my hair. 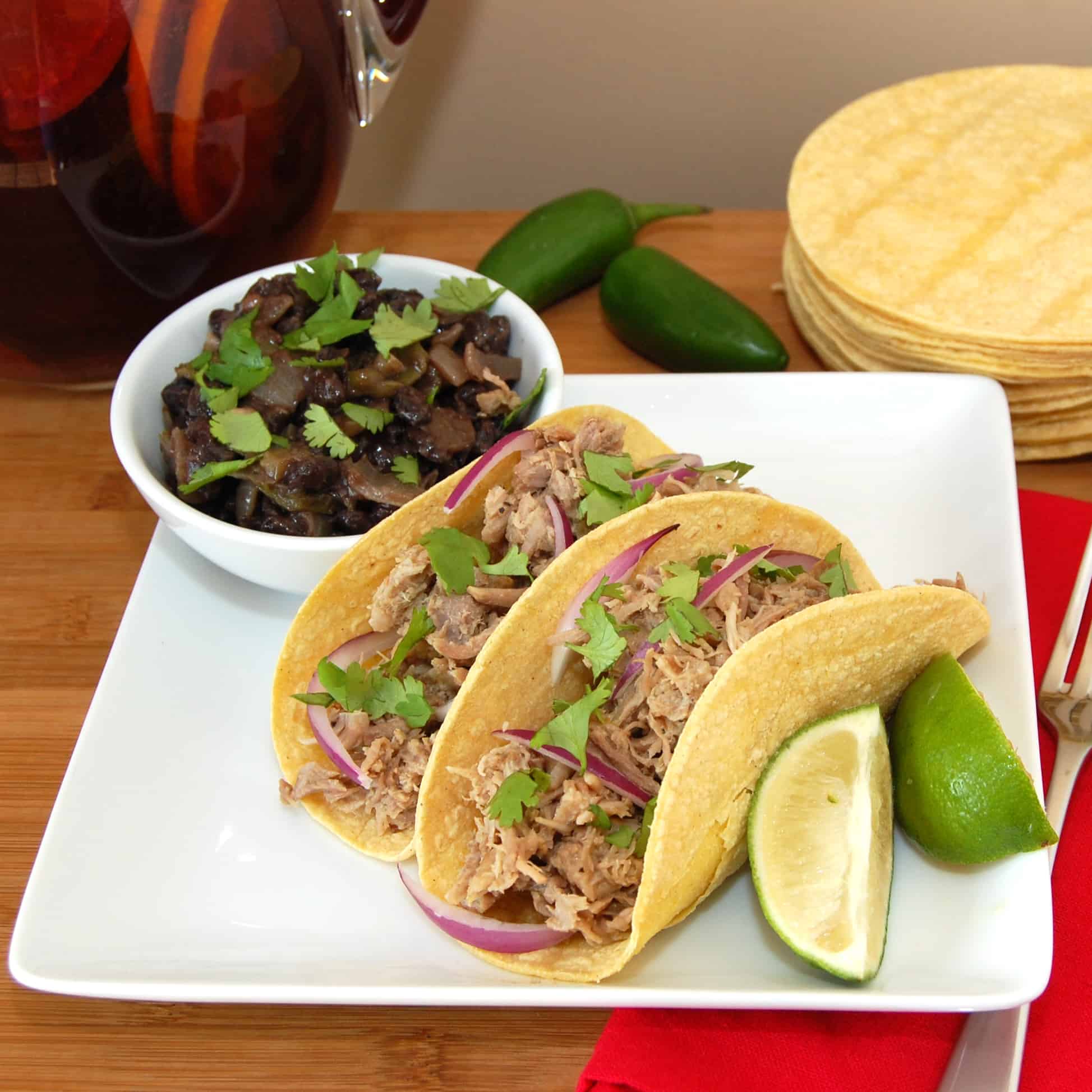 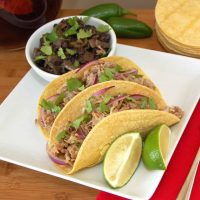 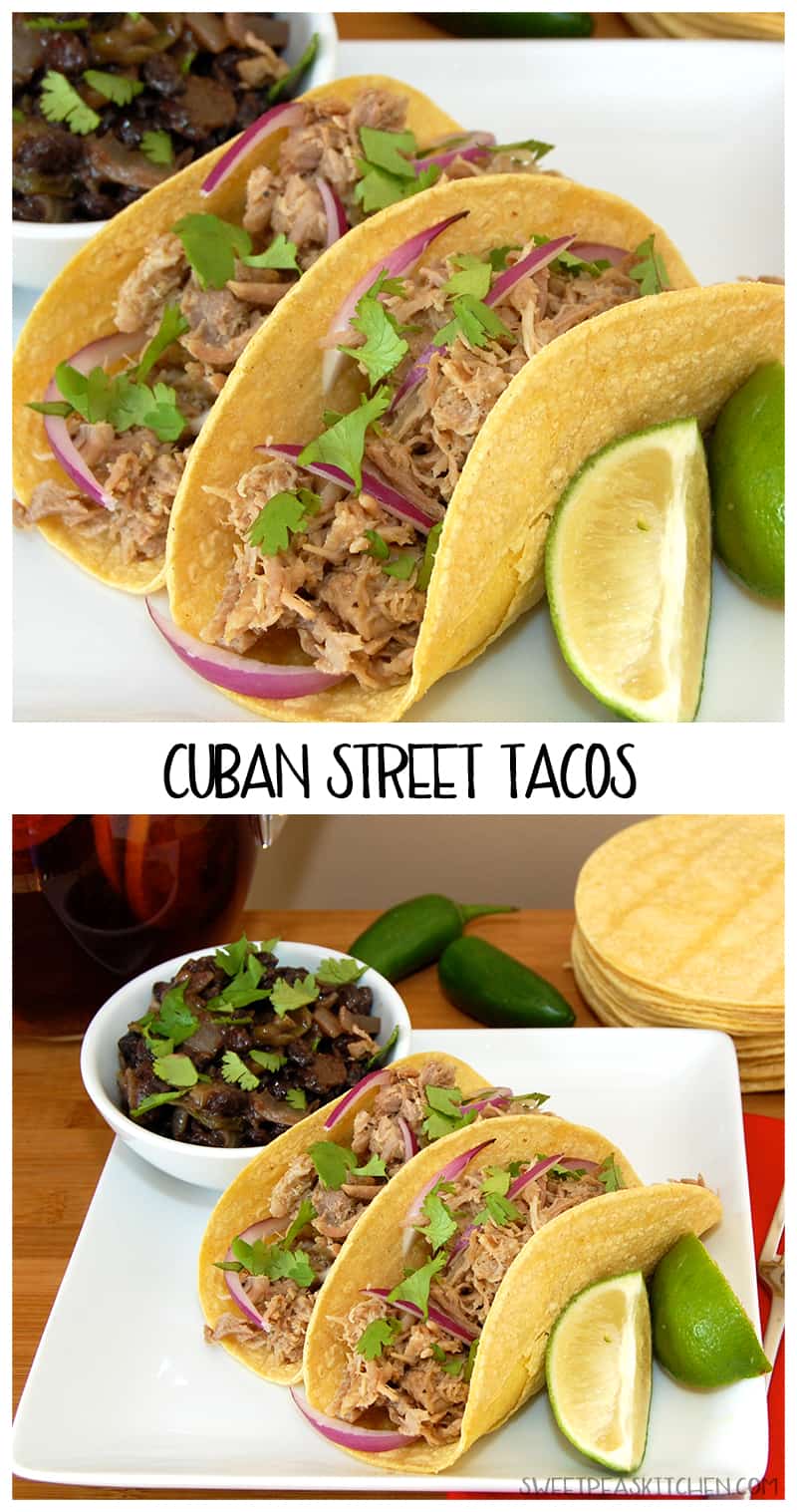