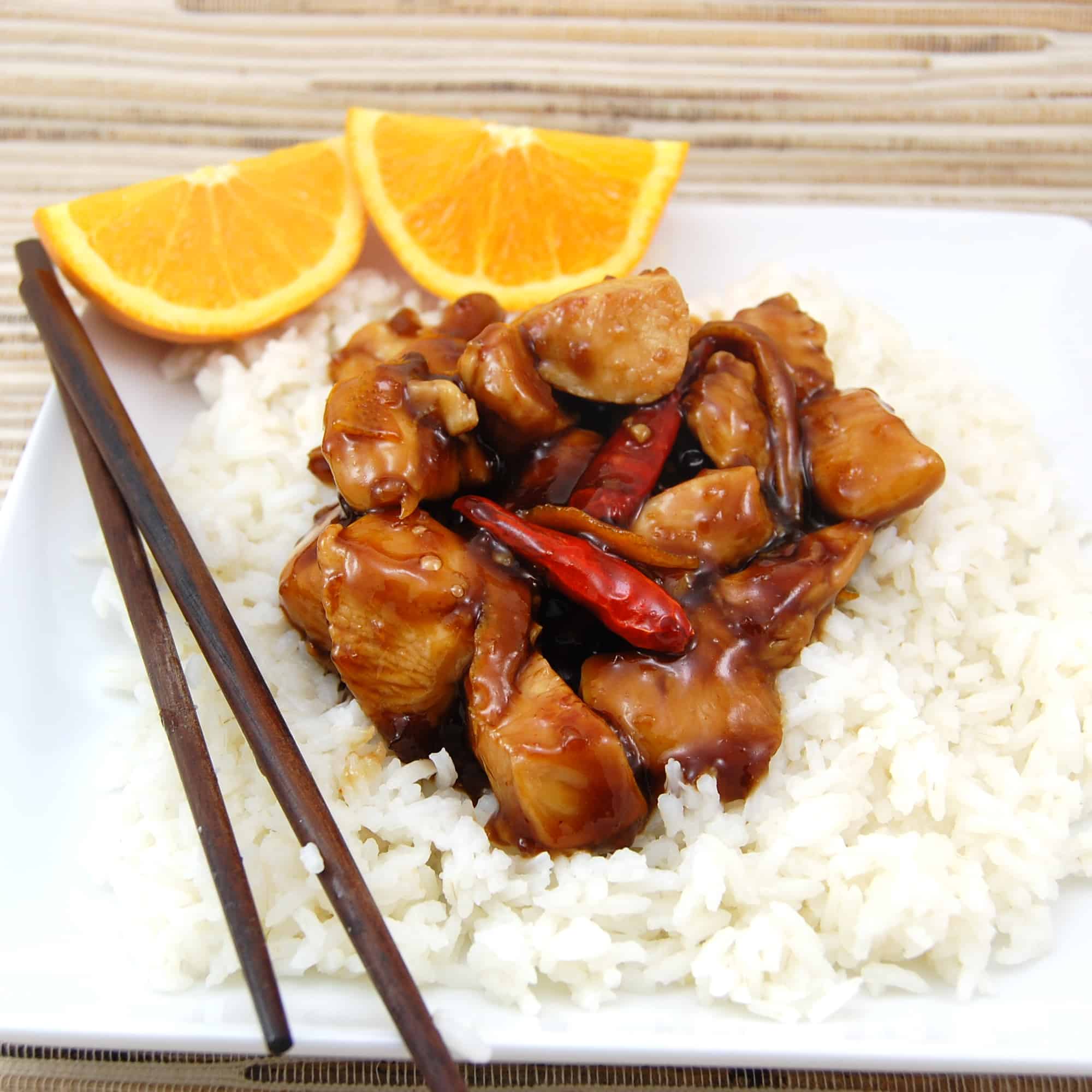 Orange chicken stir fried in a thick sweet and spicy orange glaze is destined to be your answer to Chinese takeout. It’s healthier and more delicious than many Chinese restaurants that I have been to. About a month ago, I saw this recipe on food gawker and immediately bookmarked it. I love Chinese food, however, many times the chinese food you find at restaurants or take out places are deep fried. Like I have said before, I do enjoy the occasional deep fried food, but I would prefer a healthier take out choice. This dish made me almost fall out of my chair when I took the first bite. It was absolutely amazing, so much so that I would have to say it is my new favorite dish! No joke, the thick sweet and spicy orange glaze was so flavorful my husband was upset when it was all gone. Since it was just the two of us I halved this recipe, but after we devoured it, we both agreed that we should have doubled it! 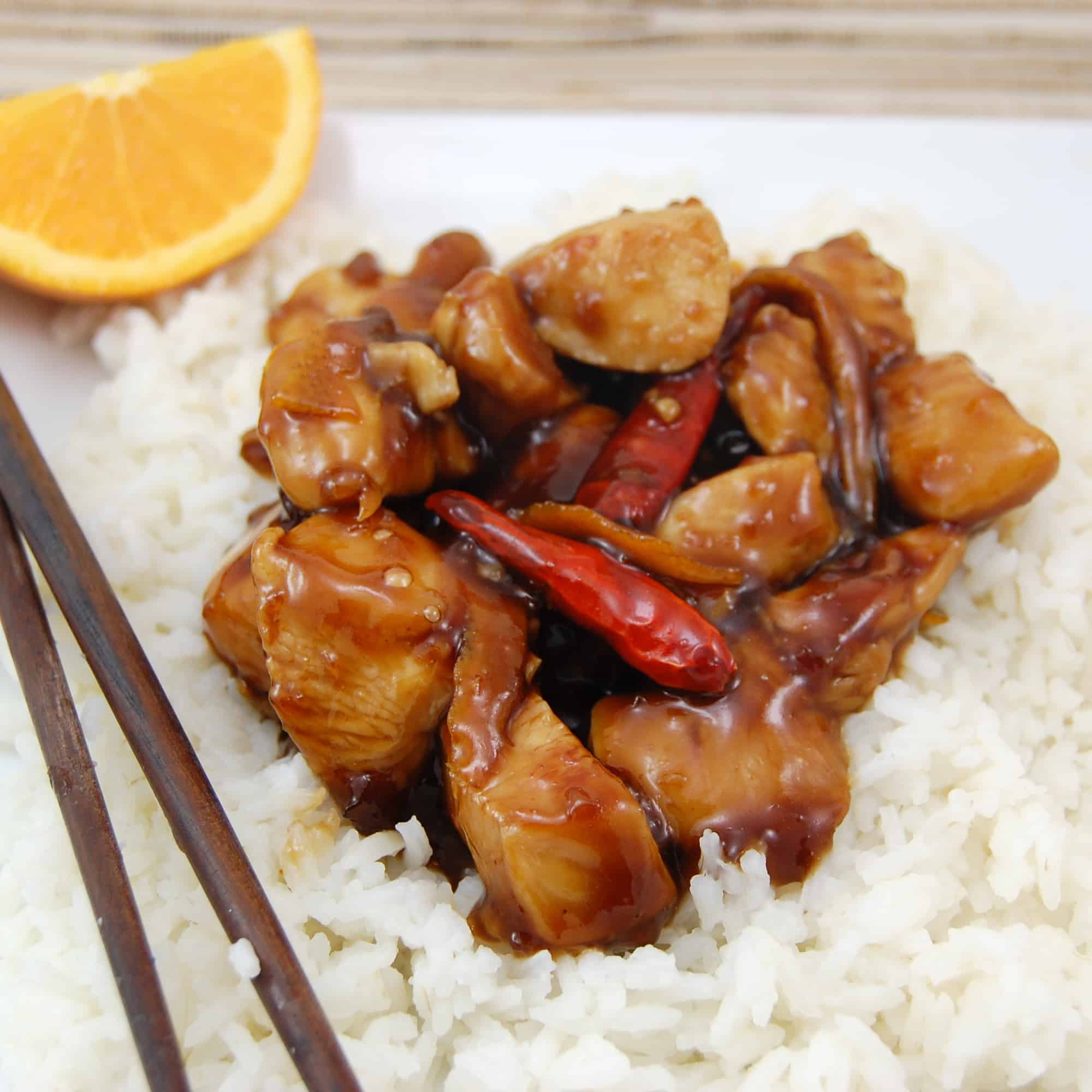 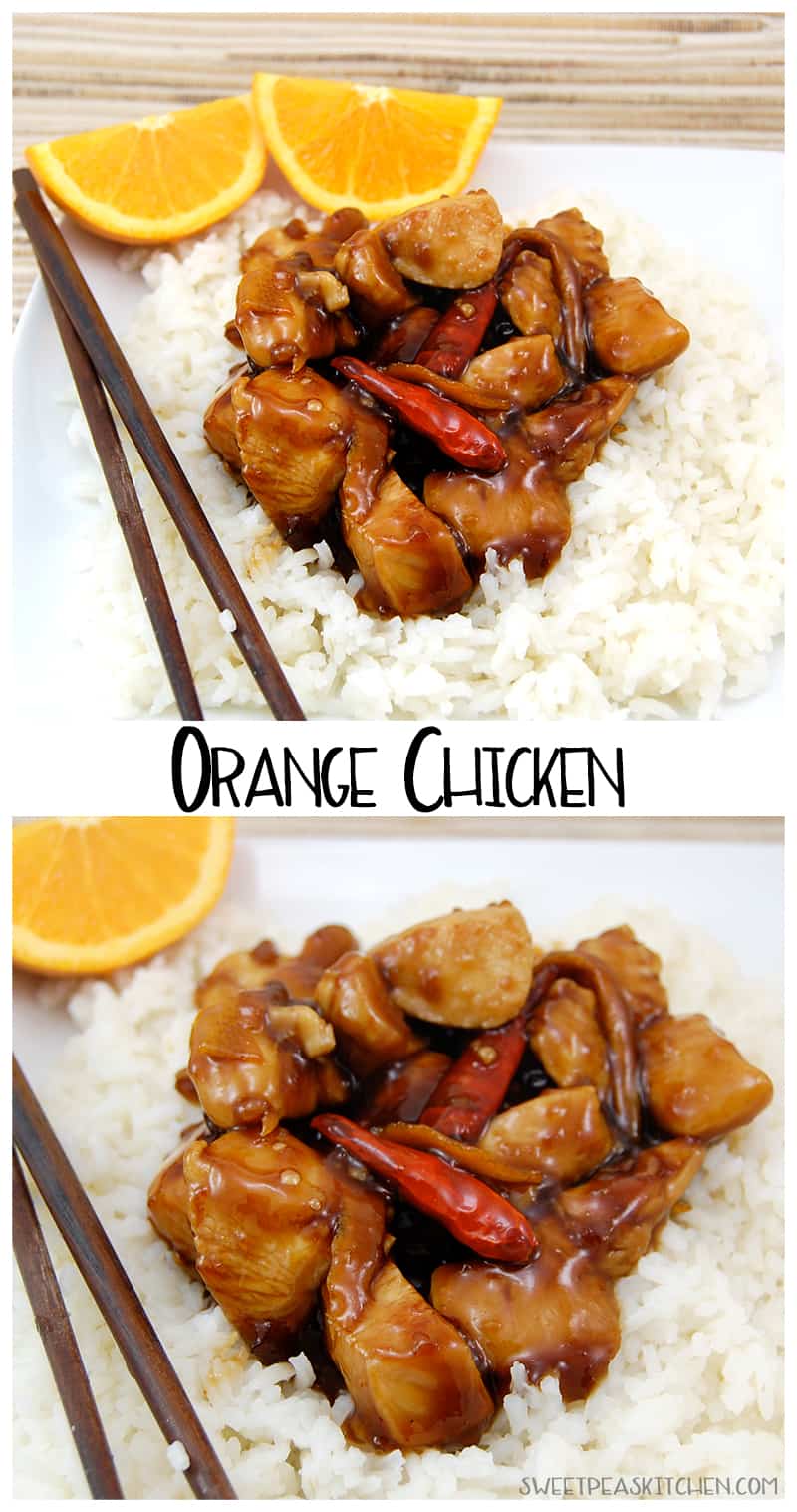 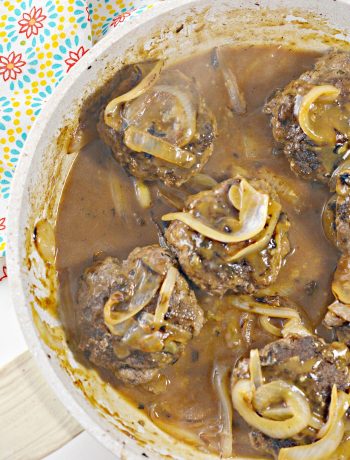 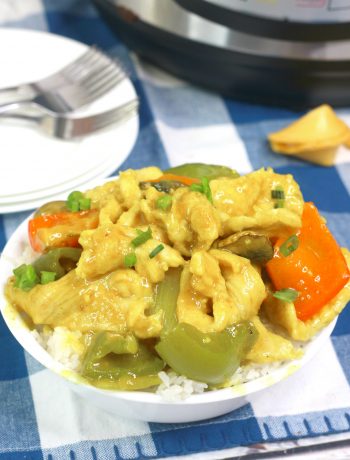 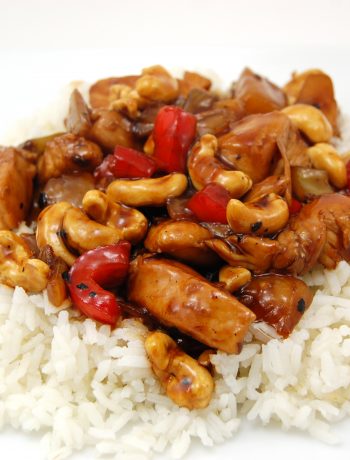