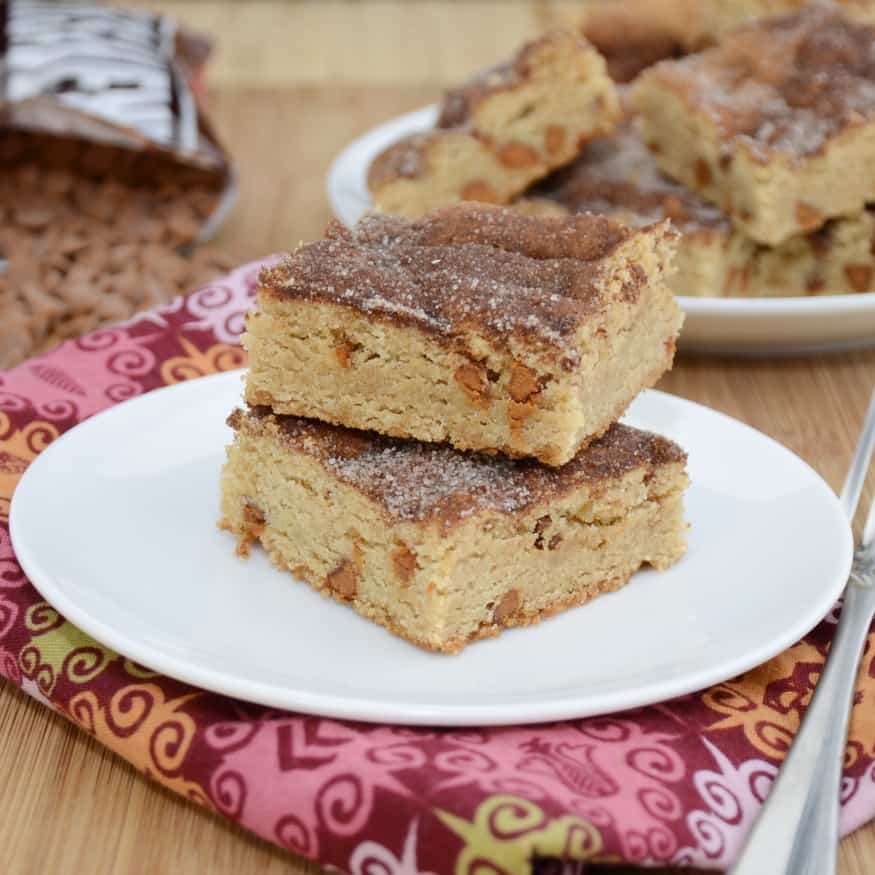 As I was trying to decide what to make the other day, I stood in my pantry looking at a bag of half eaten cinnamon chips that were just begging me to use them. I know I have professed my love of these little chips a few times over the past few months, but if you haven’t picked yourself up a bag yet, you really need to!

Instead of eating the entire bag of cinnamon chips by the handfuls like I wanted to do, I decided that I needed to find a recipe that I could throw them in. Anything cinnamony that could use an extra kick-that’s when I stumbled upon a recipe for these snickerdoodle blondies. I am a big fan of all things snickerdoodle-muffins, cupcakes, cookies-you name it, I love it! 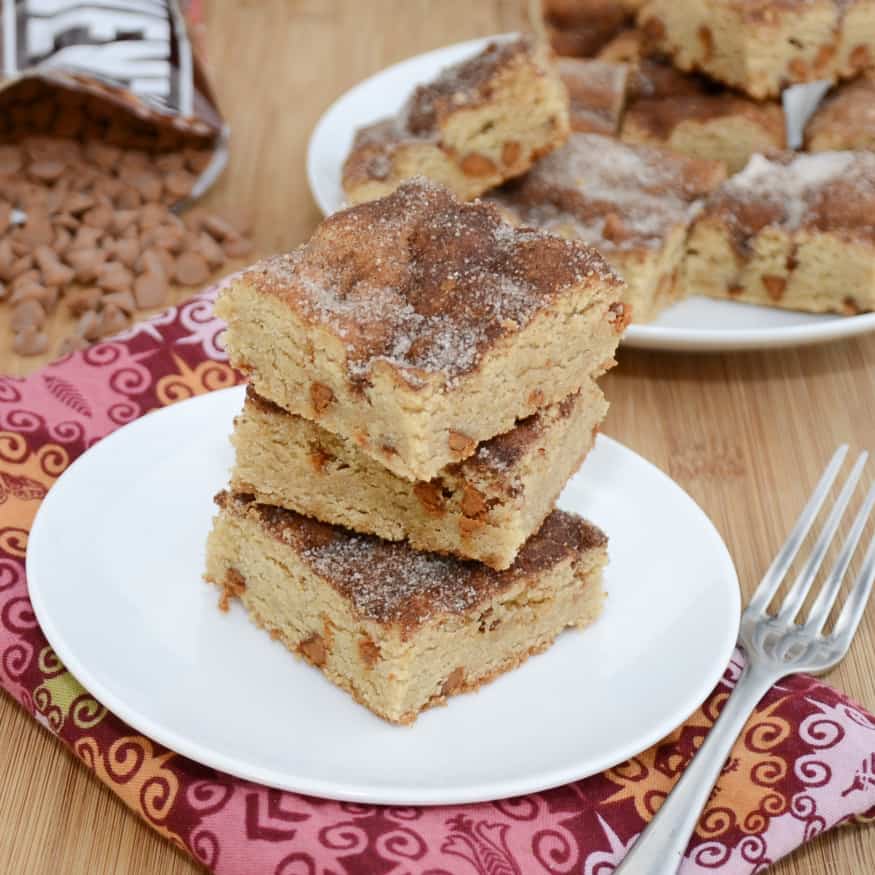 I knew I had to give these blondies a whirl. The only bad thing about these blondies are that they are really easy to make. Like so super easy I would have no problem baking these guys at 2 in the morning then devouring the entire pan while my husband sleeps easy…yeah. Ten minutes and these guys are in the oven baking up an incredibly intoxicating aroma that is guaranteed to wake anyone within a 50 foot radius of your house. And don’t worry too much if you can’t find the elusive cinnamon chips, they taste just as great without them. Serve with a cup of piping hot chai tea and you will be in cinnamon heaven in no time! 😀 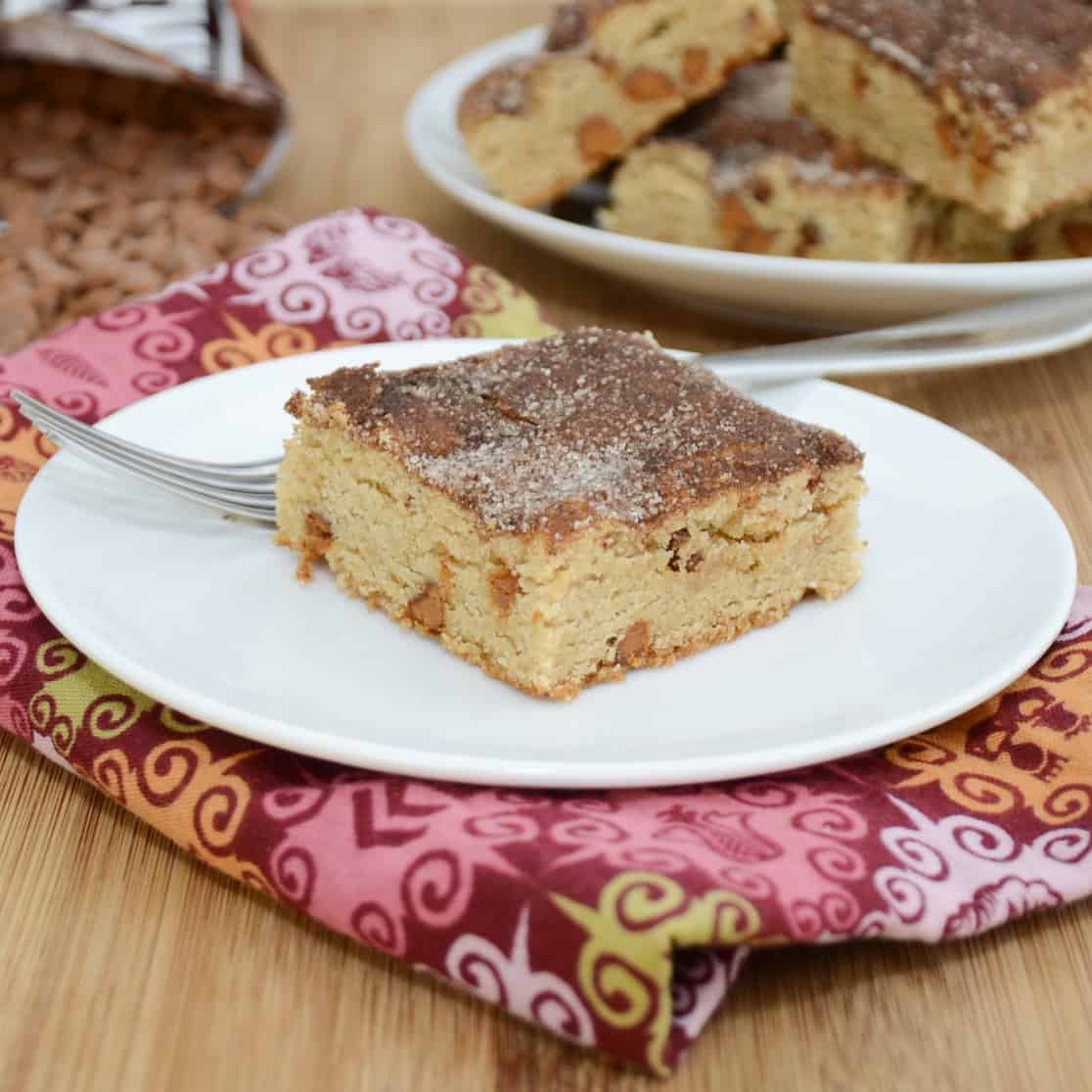 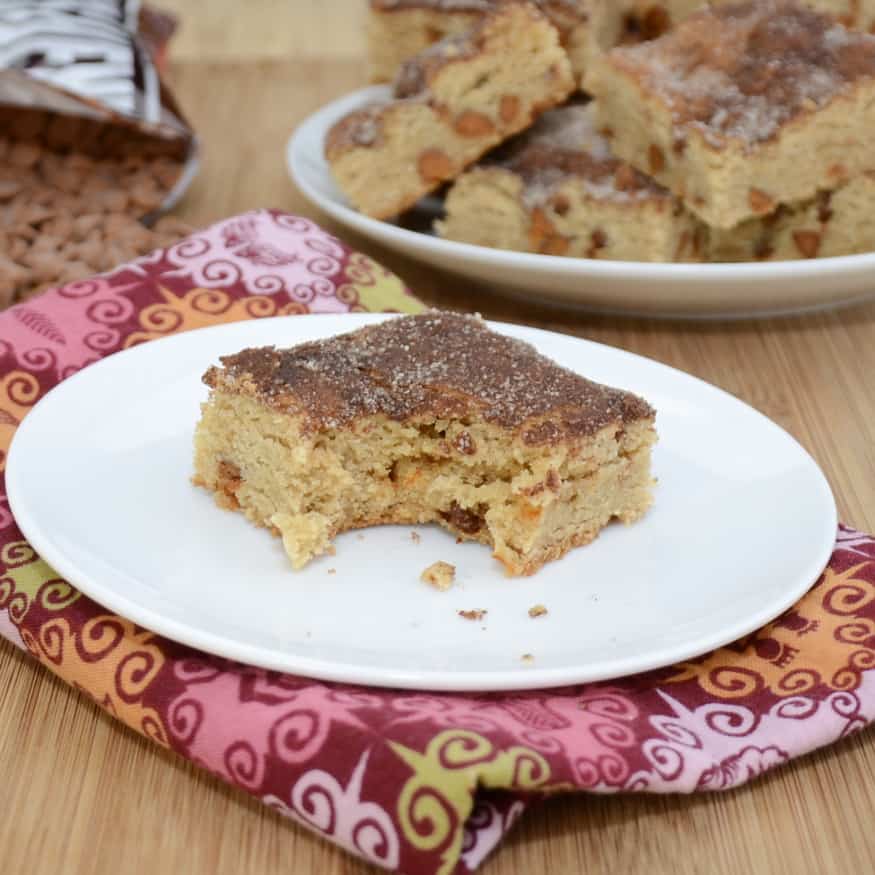 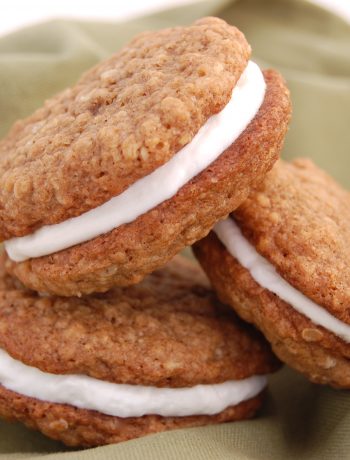 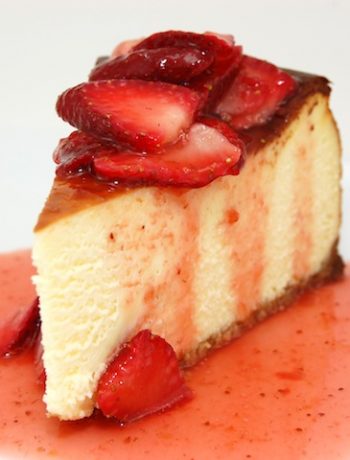 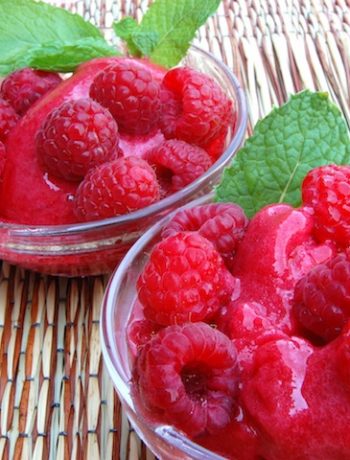