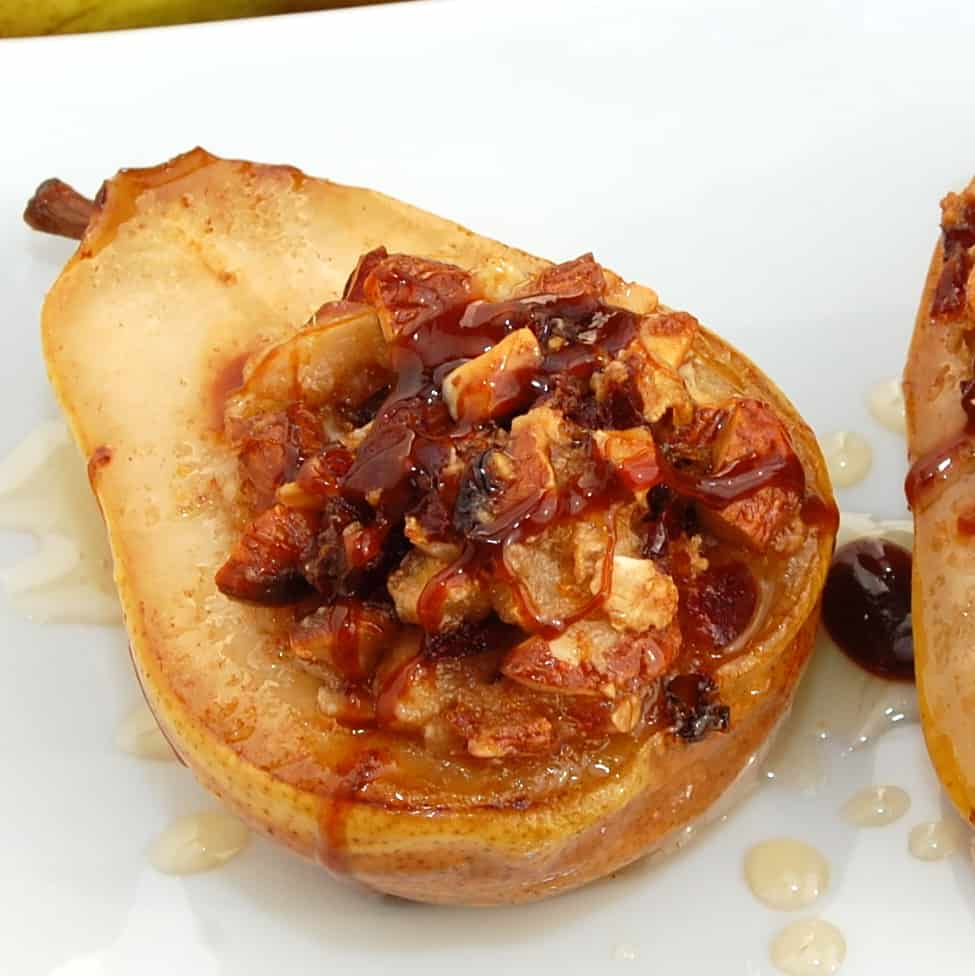 I spotted some first of the season pears at the grocery store over the weekend and went a little crazy. That happens to me a lot, huh? 🙂 Let me introduce you to quite possibly one of the easiest desserts you will ever make. Warm and tender pears filled with an incredible oatmeal almond crisp. Top with a dab of homemade whipped cream or go all out and pair with a scoop of vanilla ice cream. This dessert requires surprisingly little effort, but your guests will never know.

You can even prepare the streusel up to two days in advance, stirring in the pecans and chopped pears just before baking. 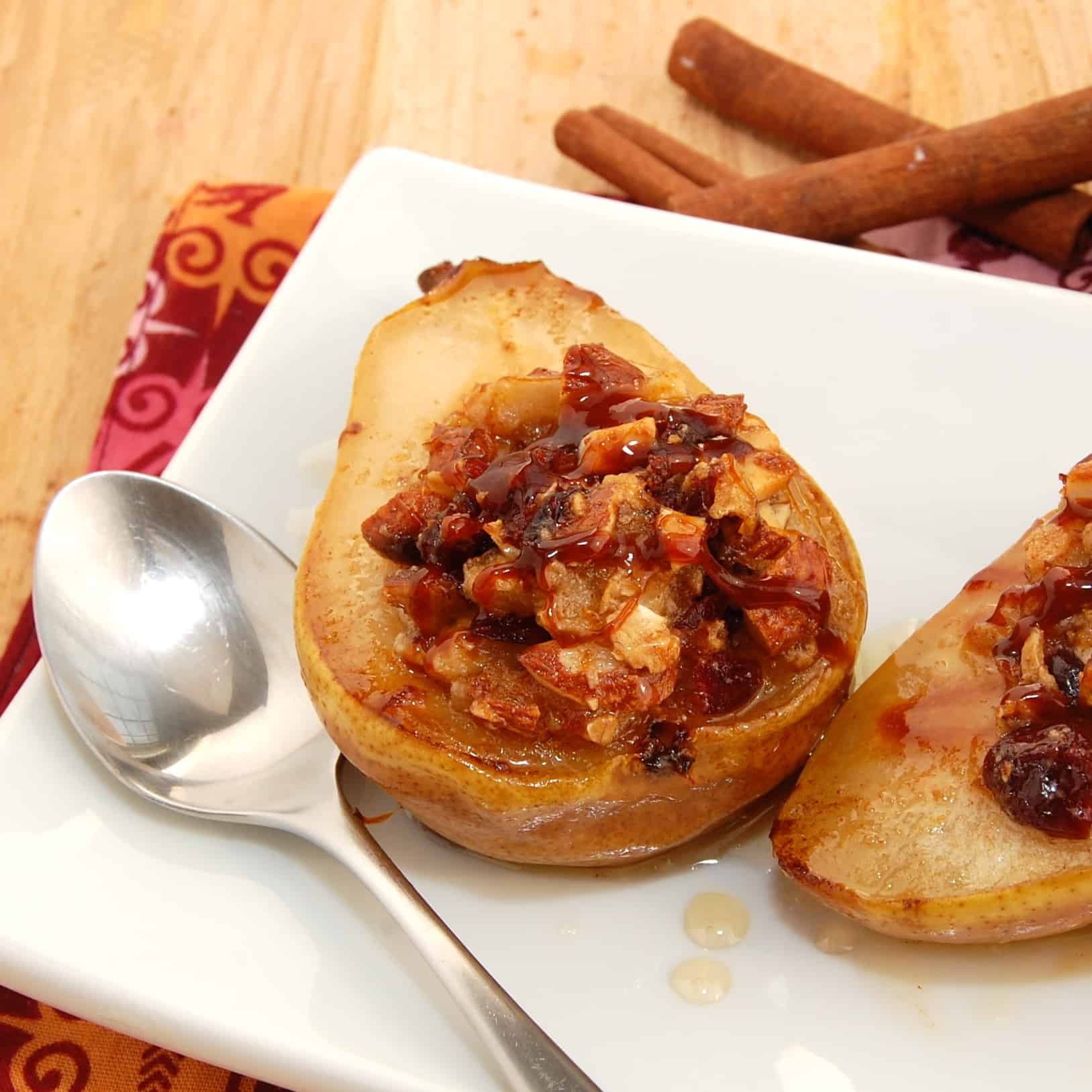 My parents have a pear tree in their backyard that I absolutely love. This time of year the tree is filled with pears just waiting to be picked. Unfortunately they live about seven hours away from me and I just can’t go in their backyard and pick some. Growing up I would always get so excited when my dad would pick those delicious pears. It was always a race to pick the pears before the birds and squirrels would devour them. The pears were ready to pick when they just begin to change to a yellowish-green. If you waited for the pear to fully ripen on the tree it was never as good. So we would pick them and let them fully ripen off the tree. 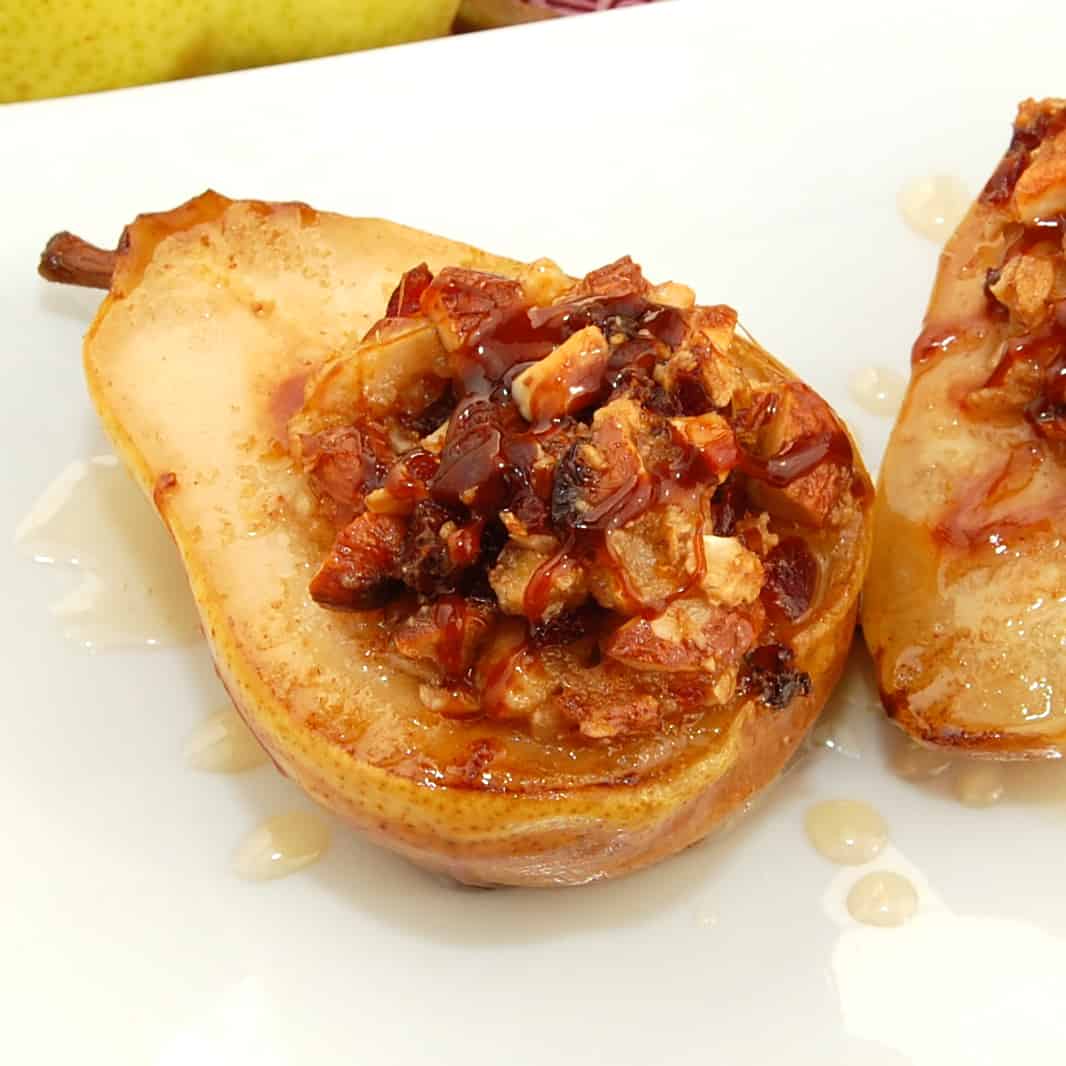 Every year my dad makes a delicious pear jam that tastes incredible smeared on a freshly baked buttermilk biscuit. For the rest of the pears that we did not eat out of hand or make into jam we would cook and bake with. Baked pears, poached pears, dried pear slices…you name it…we made it! 😀 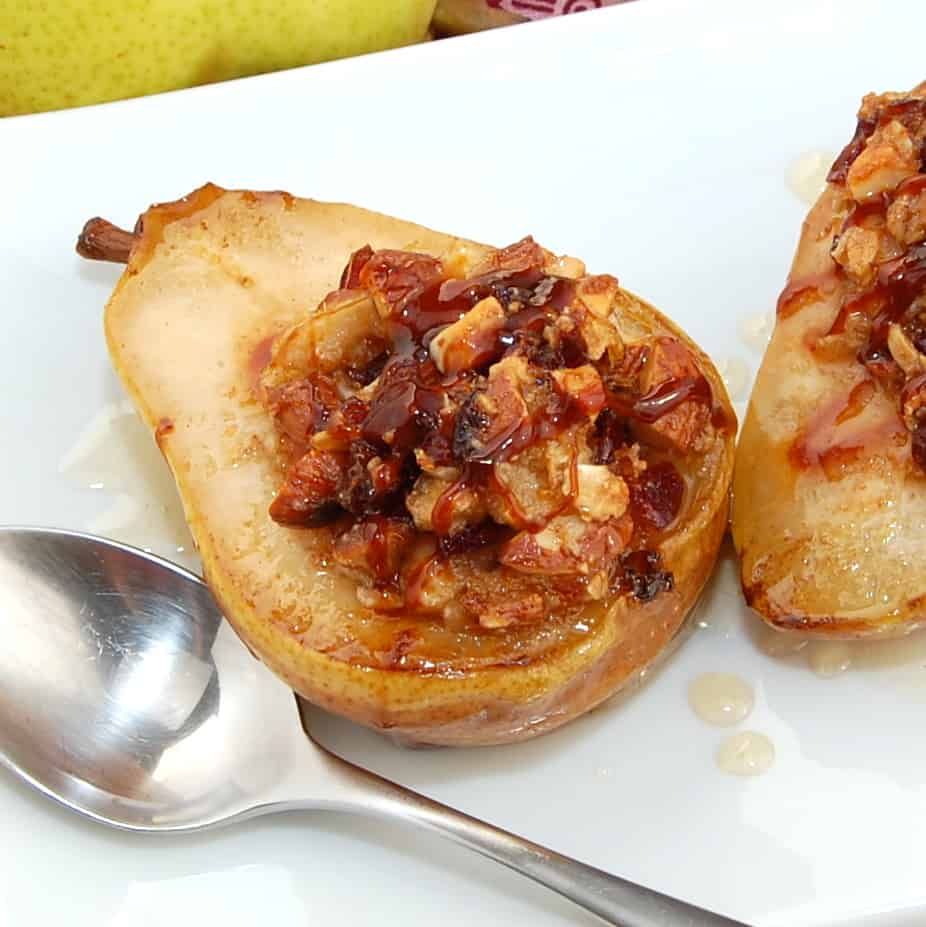 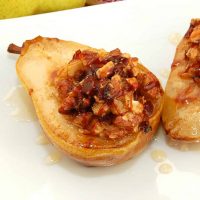 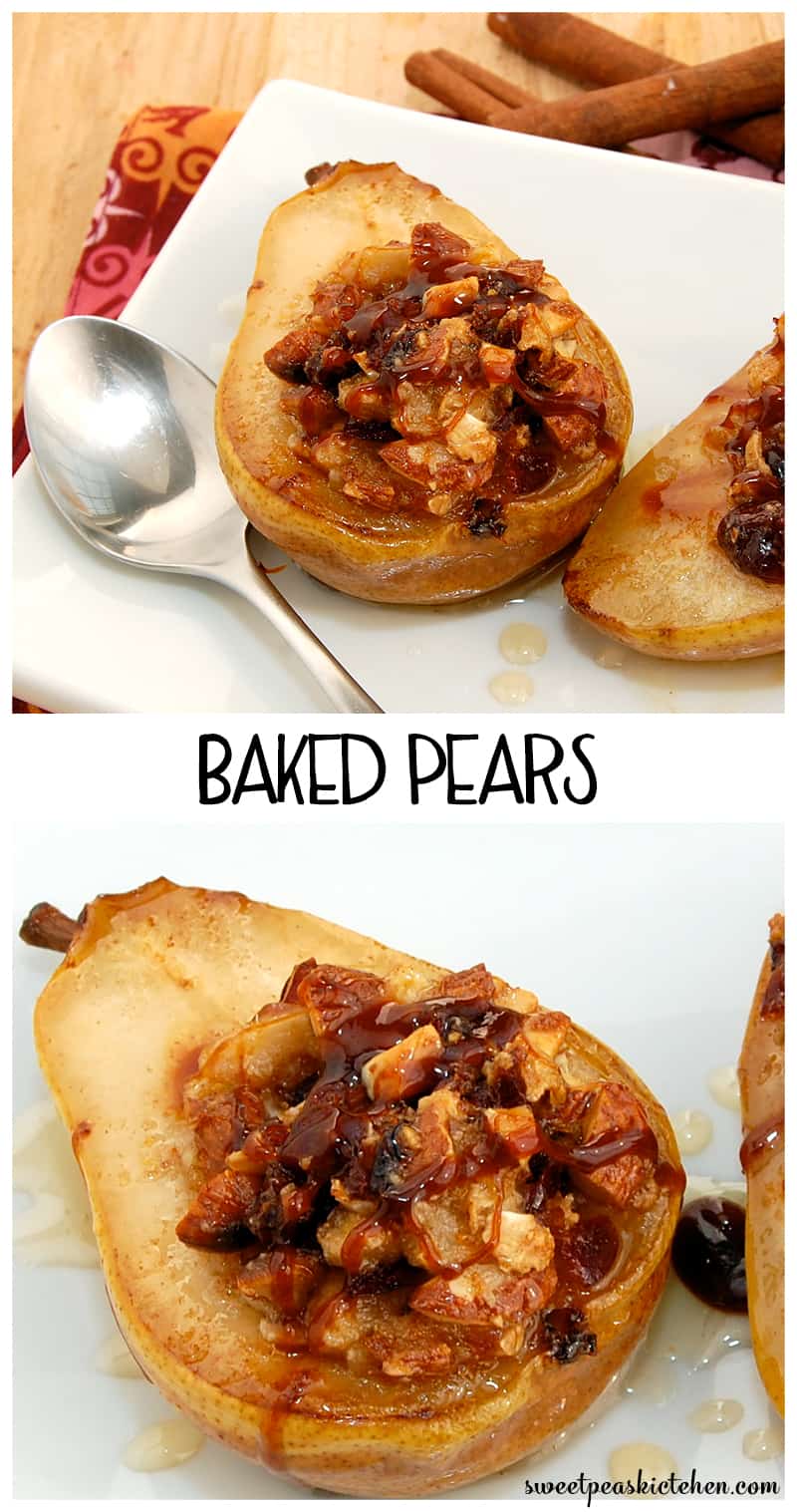