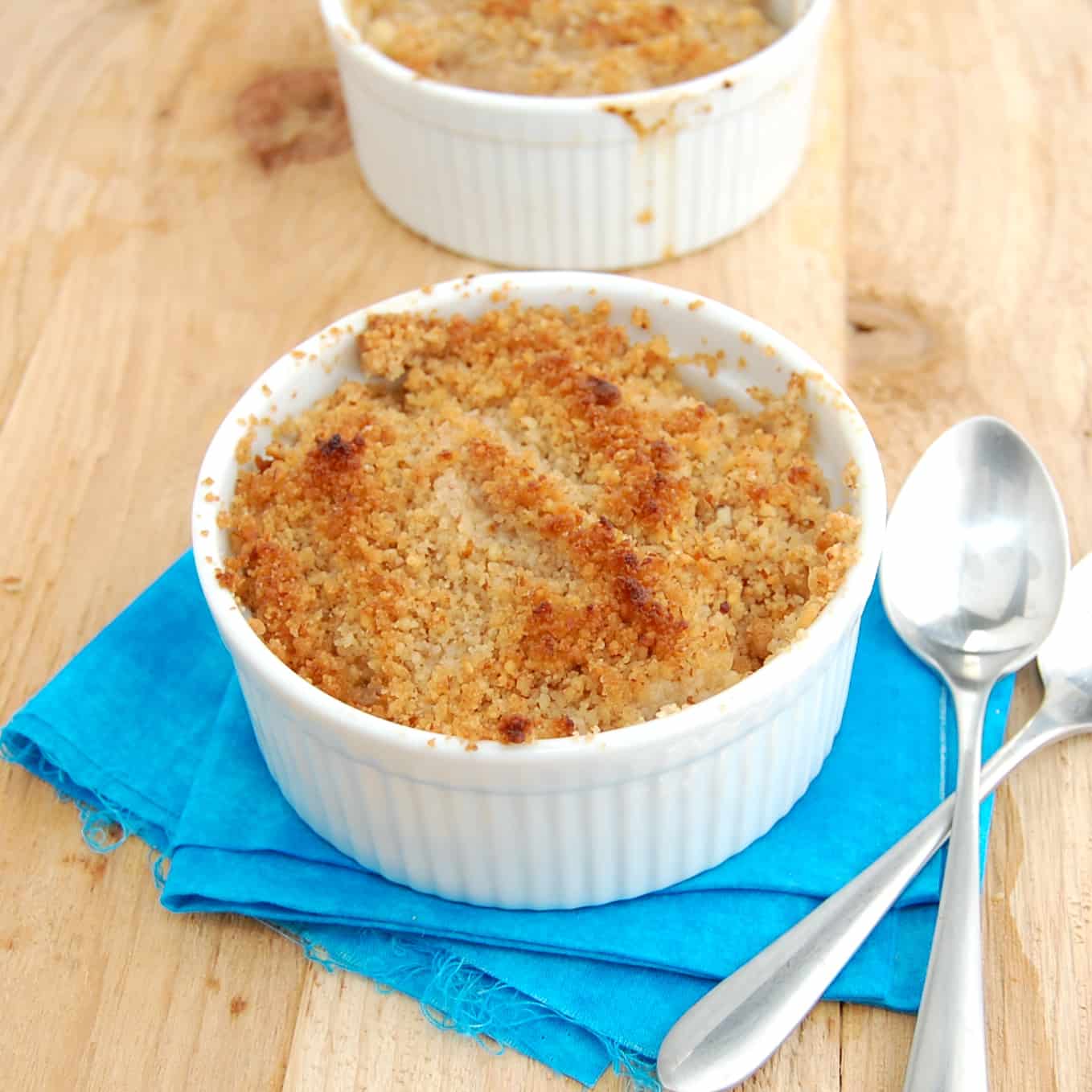 Spiced pears topped with crunchy almond streusel and baked to bubbling perfection. The other night after dinner, Andrew expressed that he was craving some warm apple crisp for dessert.

Apple crisp topped with a scoop of vanilla ice cream have always been one of my favorite desserts, but with the abundance of pears we had in our fridge, I set out in search of a pear crisp instead. I knew I hit the jackpot when I spotted this pear crisp on the Cook’s Illustrated website. Instead of baking the crisp in an 8-inch baking dish as directed, I baked them in 6 individual 4 inch ramekins. 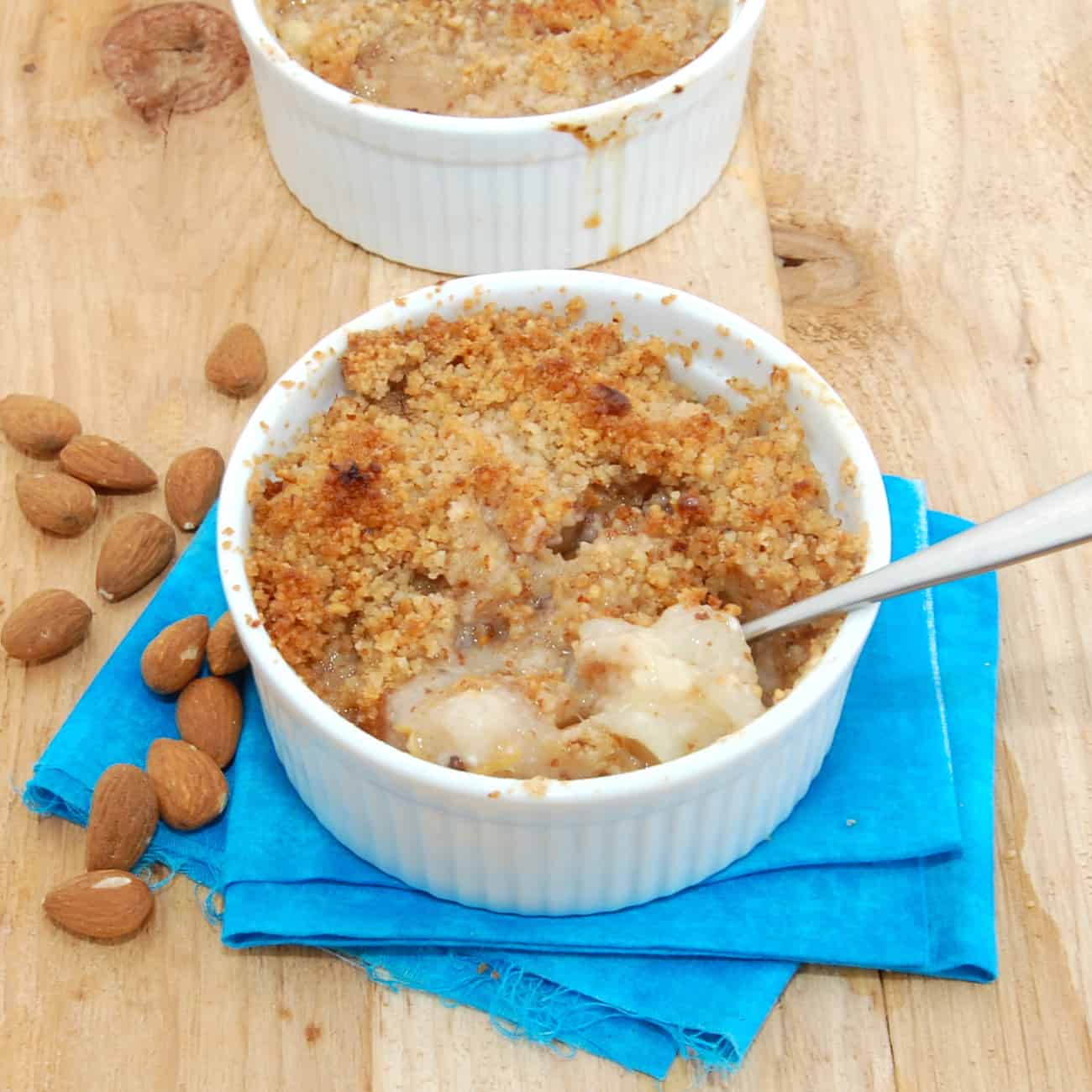 They were delicious and so easy to prepare. Serve this pear crisp with whipped cream or vanilla ice cream for an easy, crowd pleasing fall dessert. 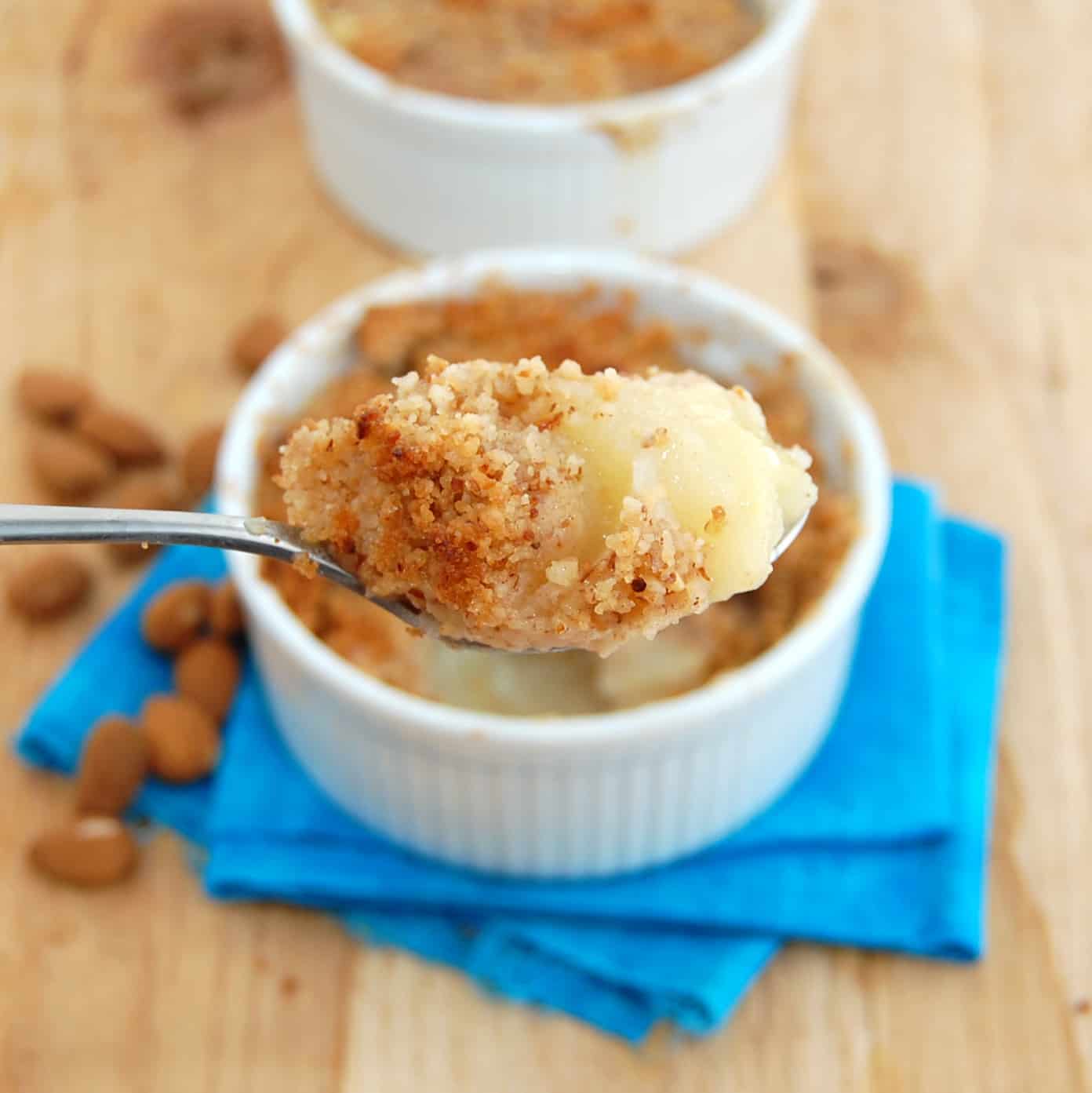 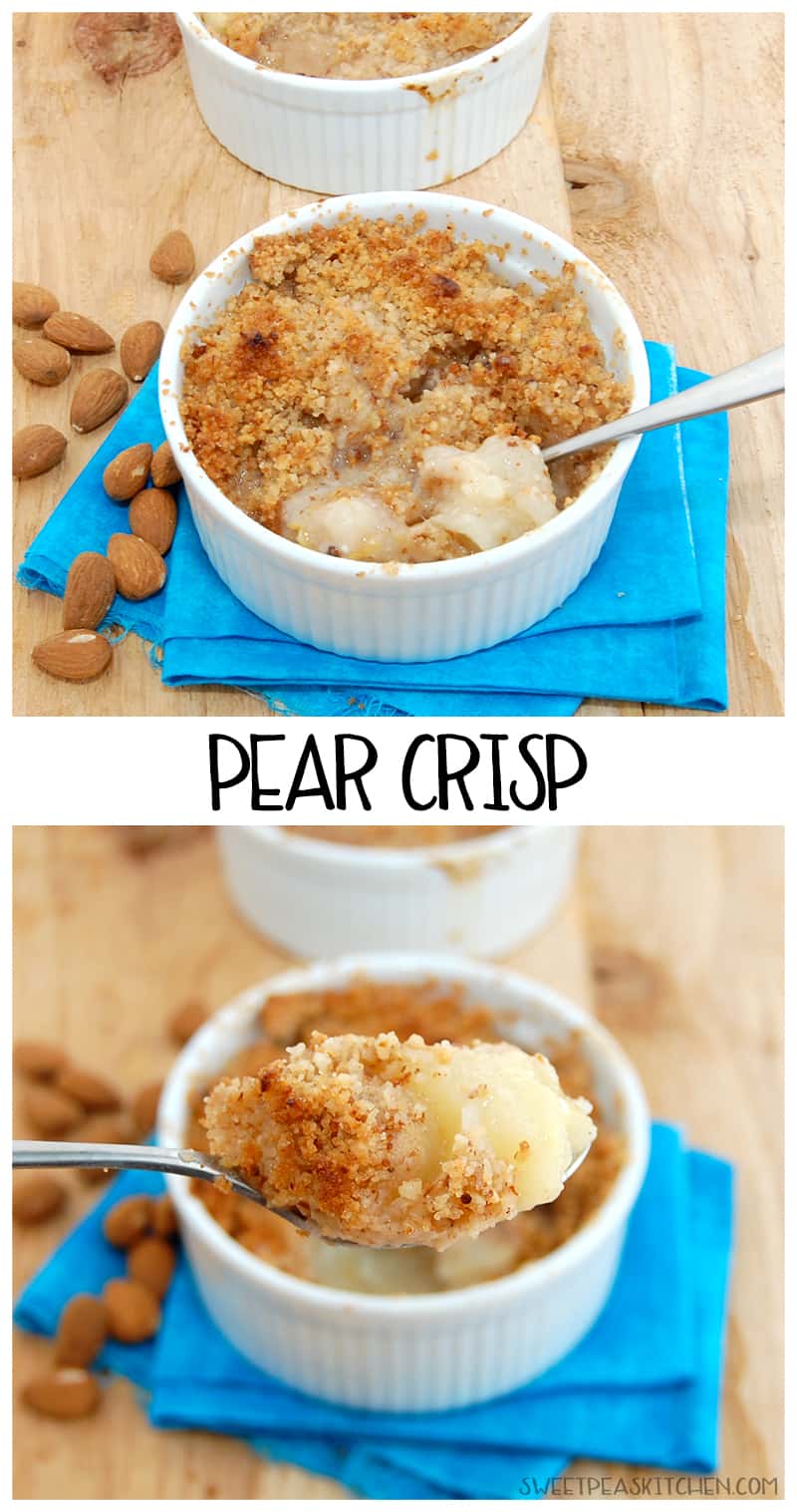 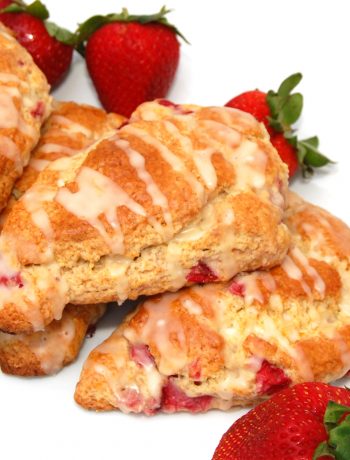 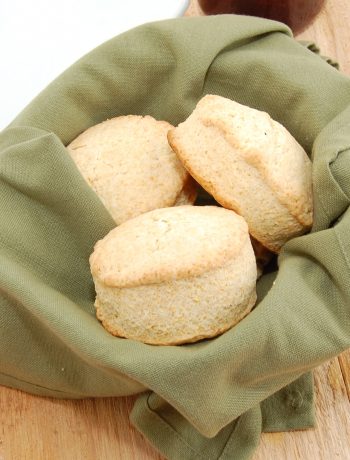 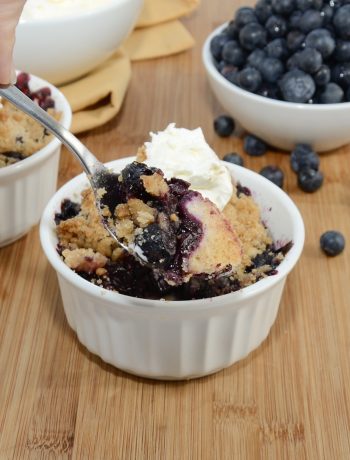