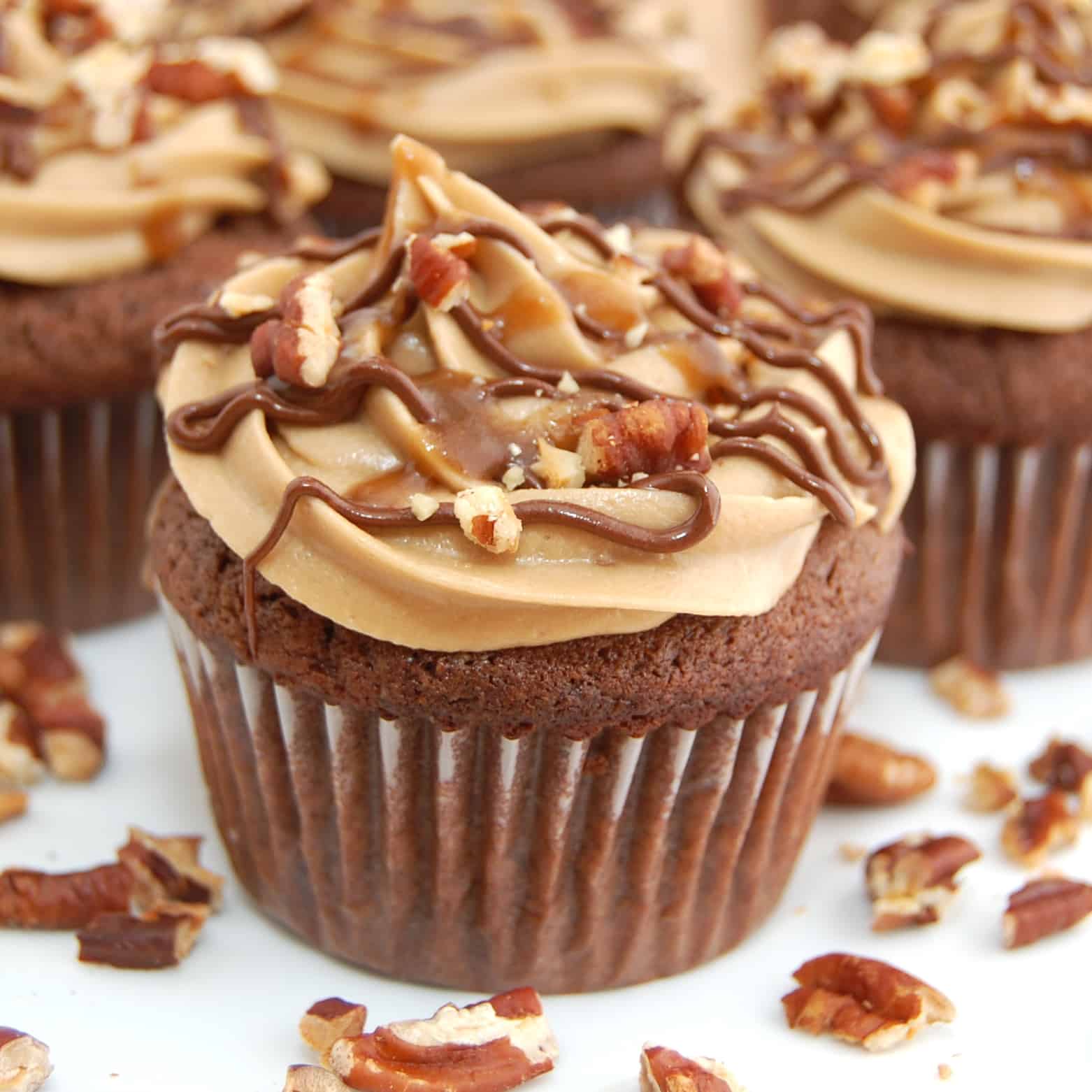 One of my all time favorite candies have to be Turtles. Those Nutty pecans and creamy caramel candies dipped in chocolate can’t be beat. 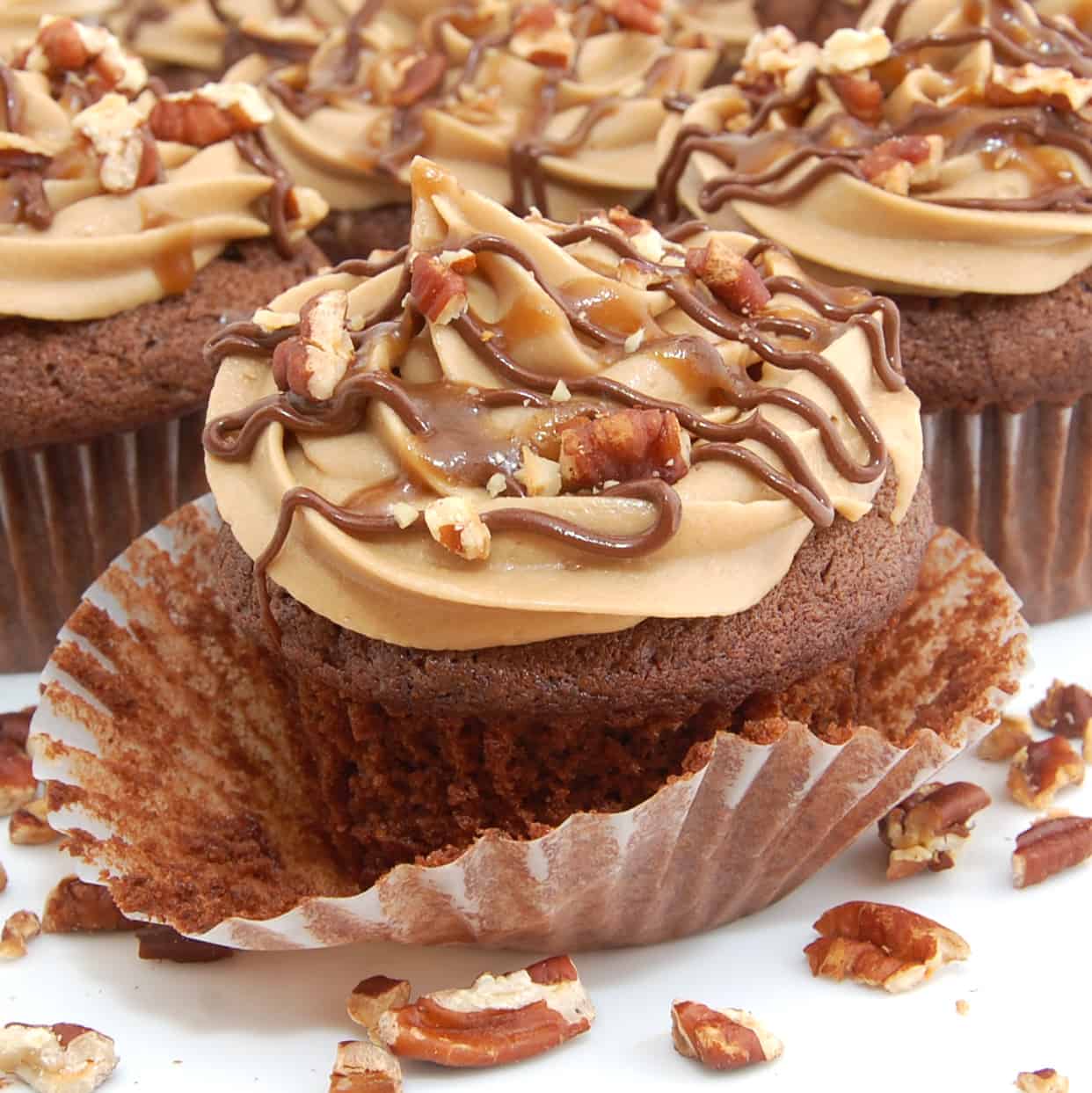 Growing up I could always count on a box of turtles being hidden in my Christmas stocking. It was torture knowing that the turtles were in the stocking but not being able to touch them until Christmas morning. When December 25th arrived I would race into our living room and devour a couple of candies before opening gifts. Who cares if it was only eight in the morning…I thought they were the perfect breakfast! 😀 These cupcakes are inspired by those delicious turtle candies. 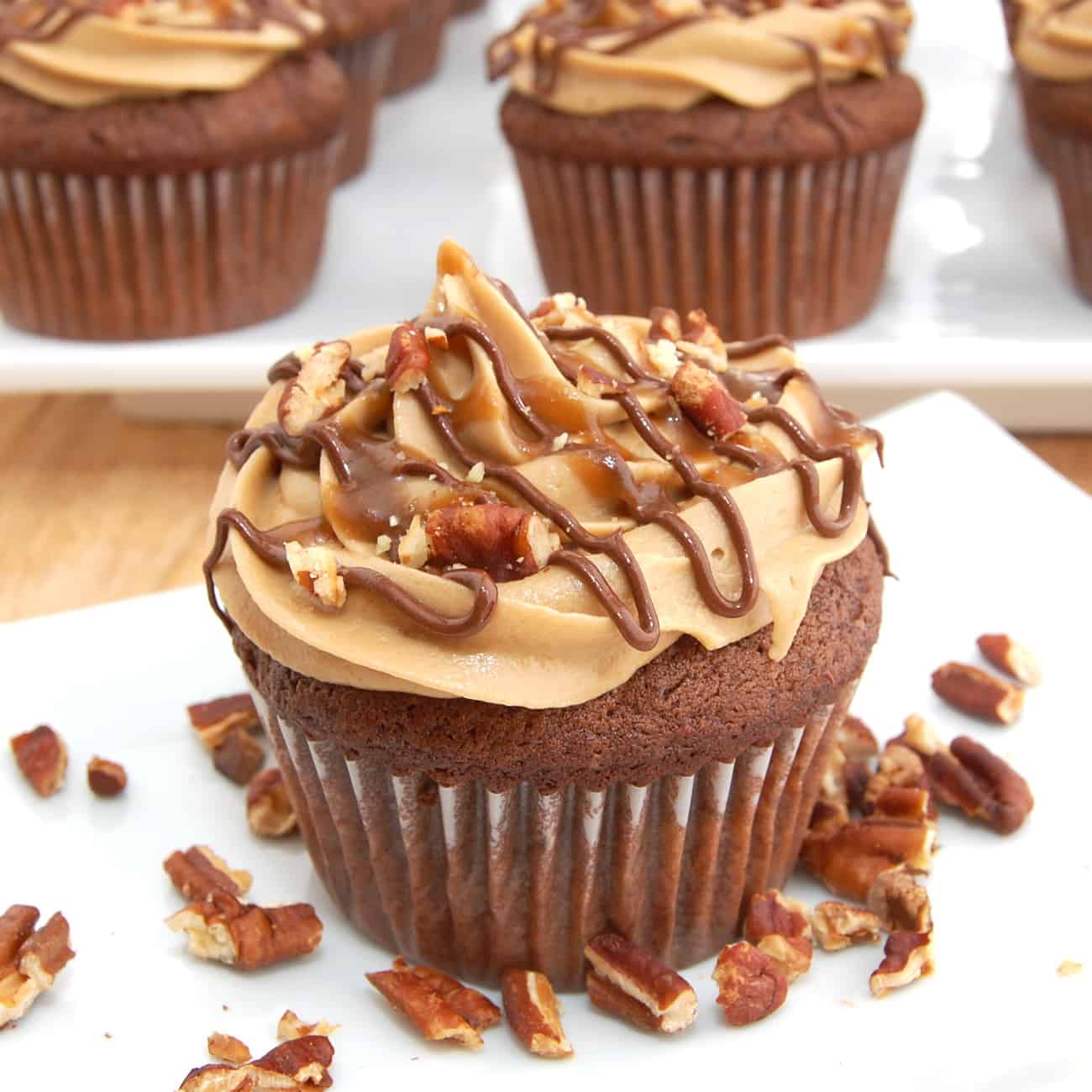 Rich chocolate cupcakes filled with a creamy caramel and pecan filling and topped with a caramel frosting, drizzled with caramel and chocolate and sprinkled with roasted pecans. If that doesn’t get your mouthwatering…I don’t know what will! 😉 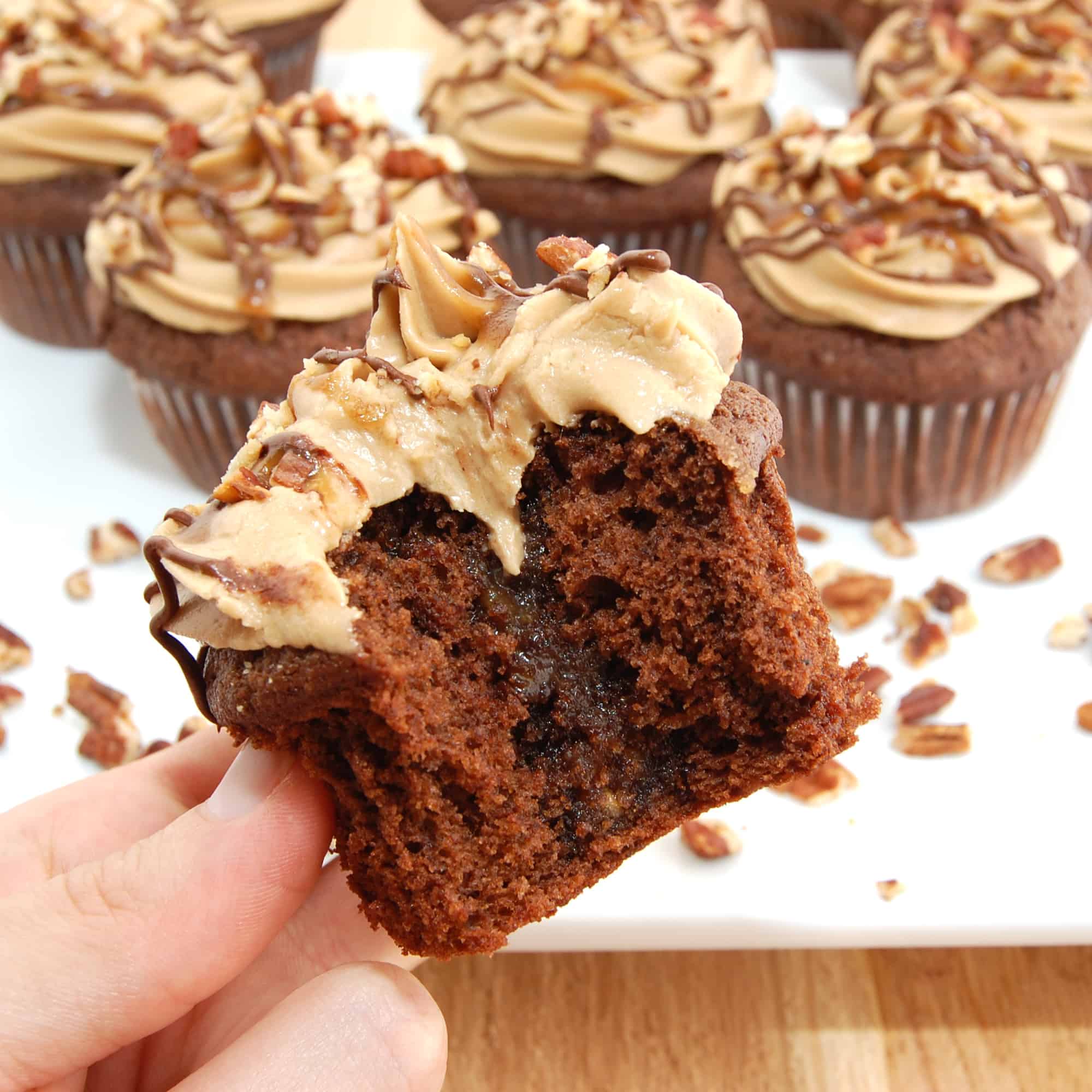 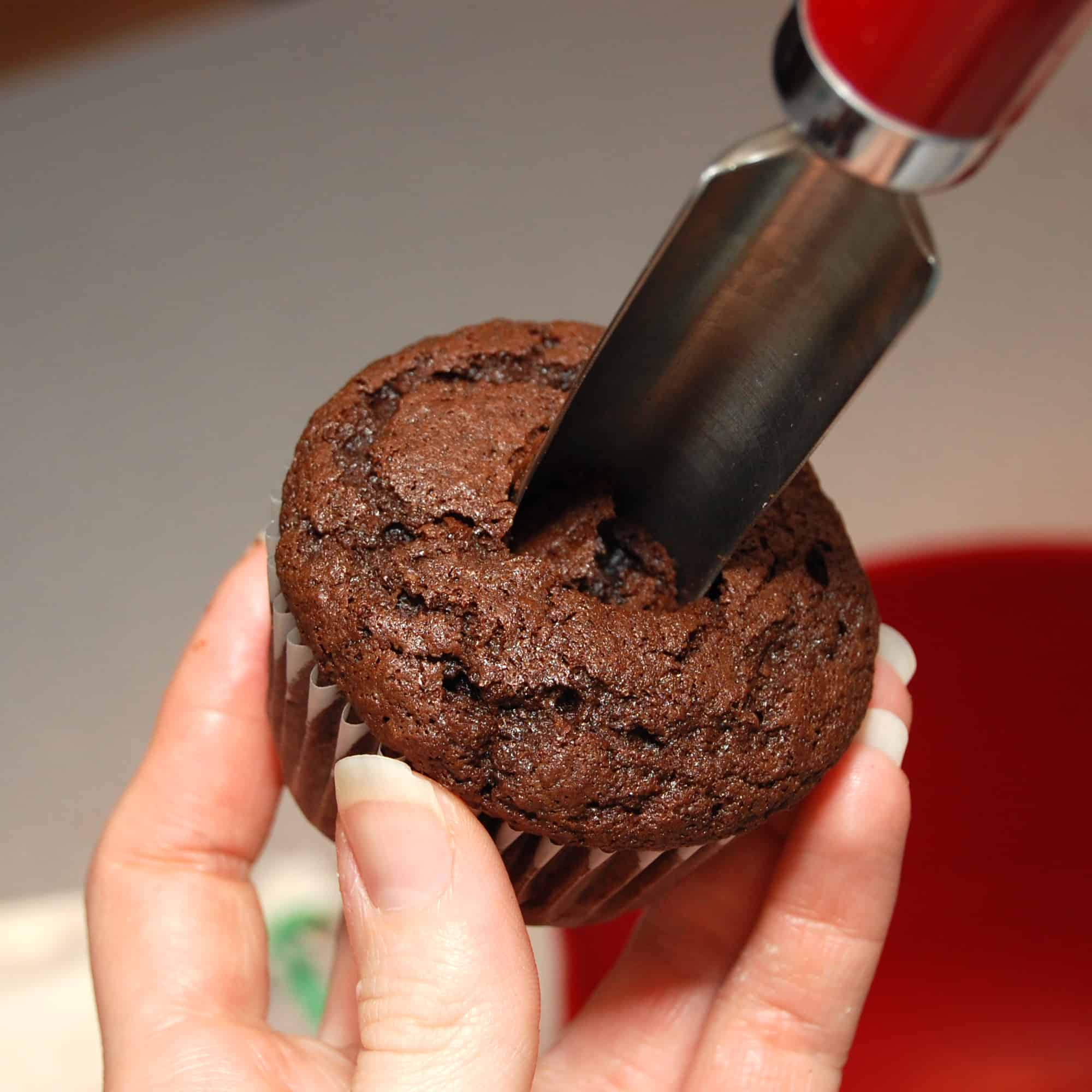 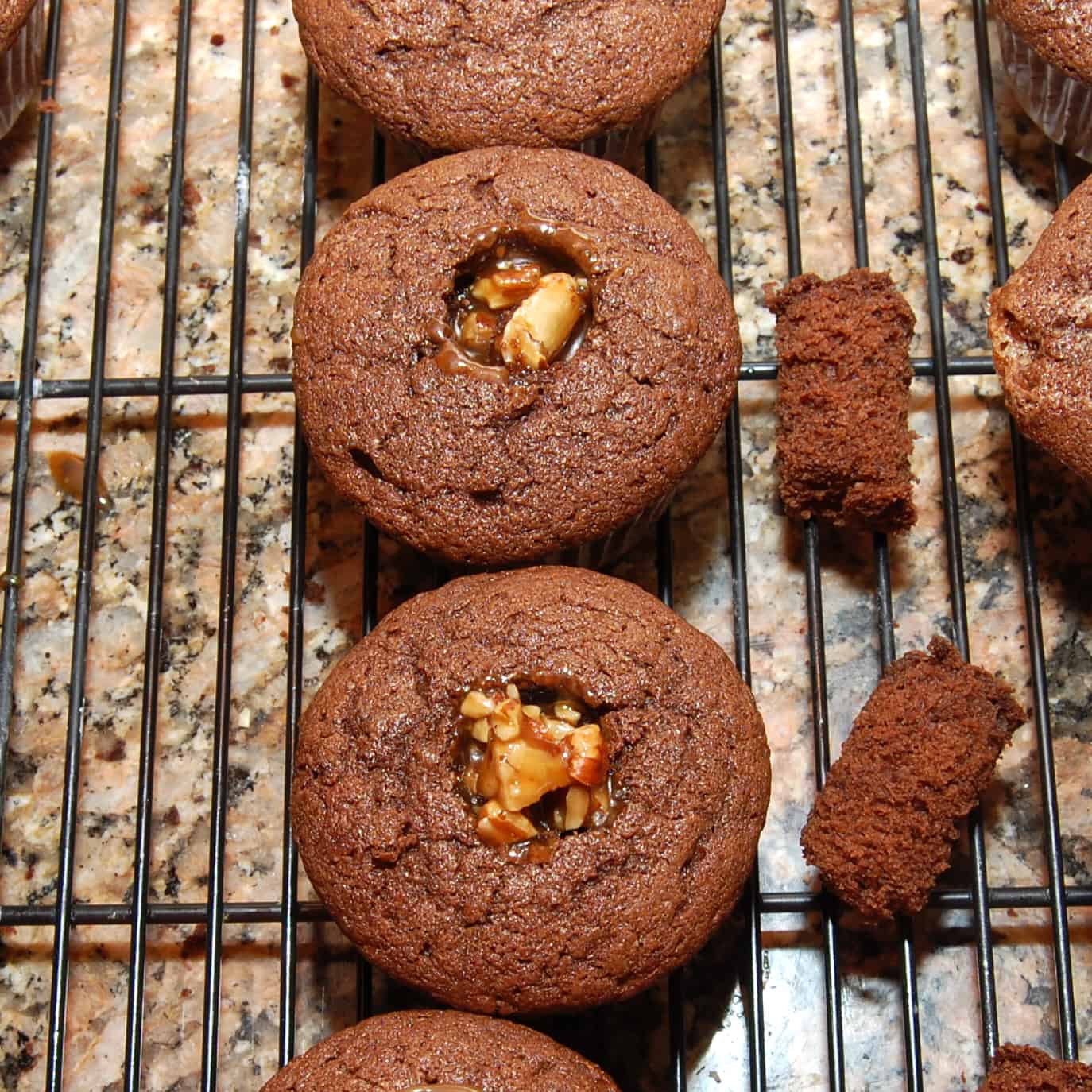 For the Caramel Filling:

For the Caramel Frosting: 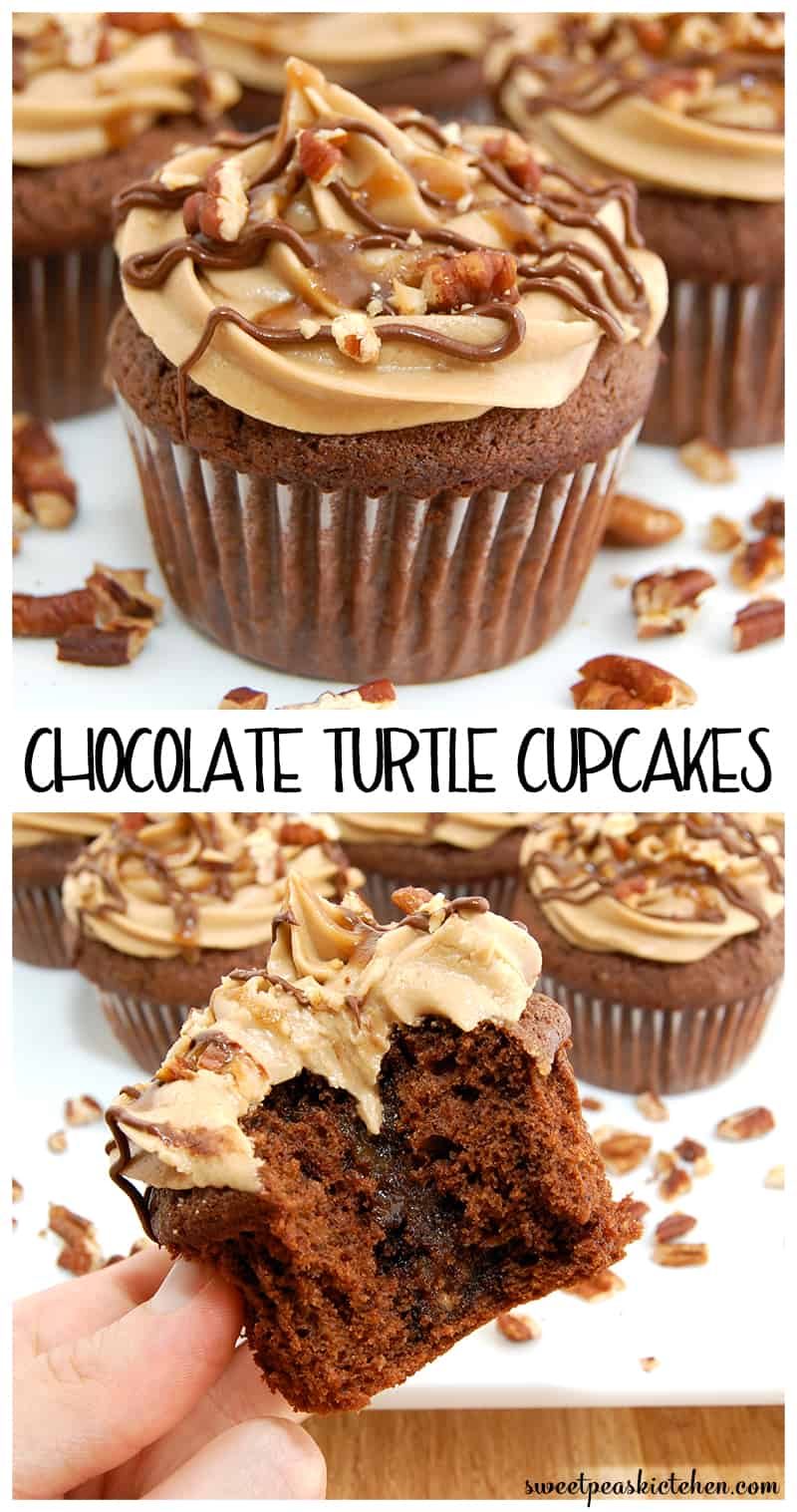 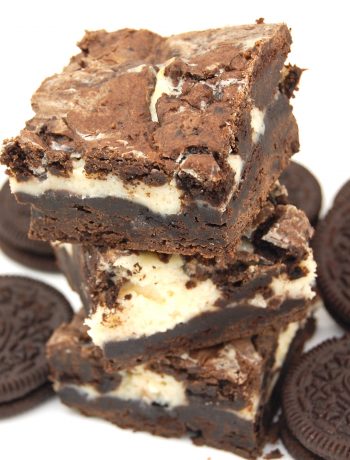 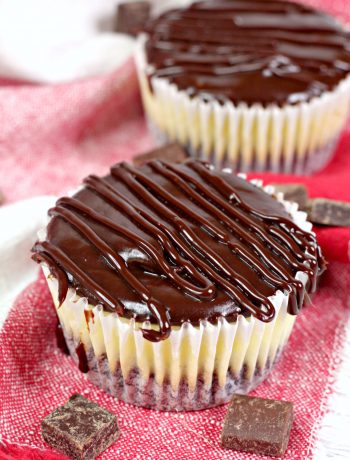 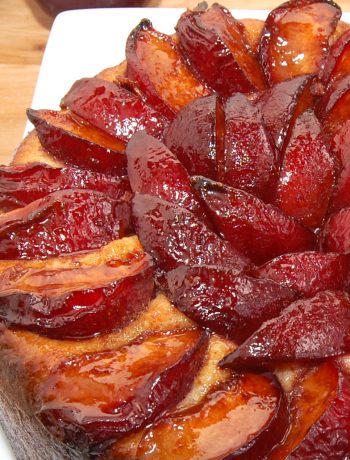