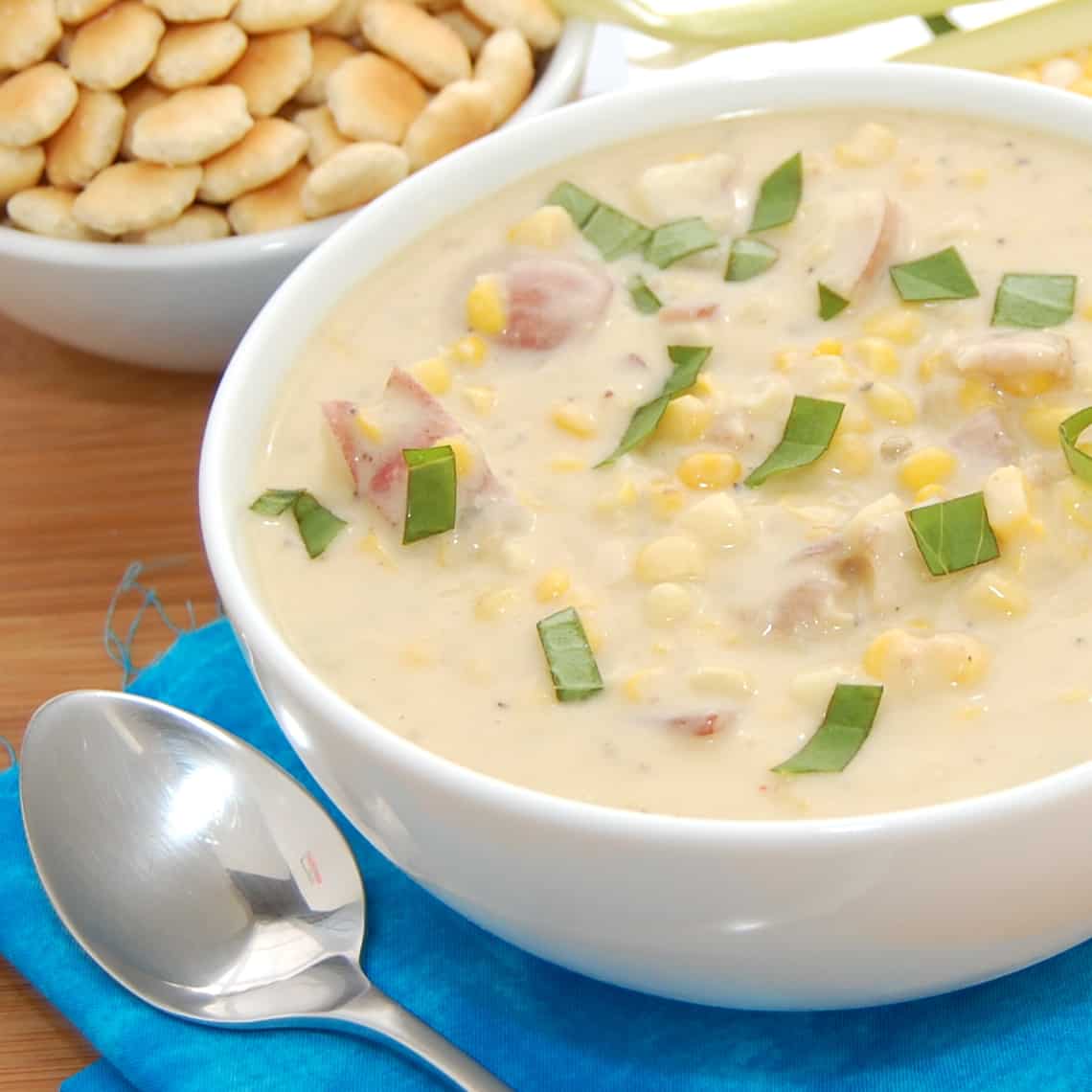 This satisfying Corn Chowder makes the most of sweet, fresh summer corn. This is one of the best corn chowders I have ever tasted. Made with fresh corn, redskin potatoes, bacon, onions and one simple ingredient that takes this chowder from good to amazing. So what is that simple ingredient you ask? Corn milk! This was the first time that I had “milked” a corn cob. You know that layer left on the cob when you cut the kernels off by hand. That’s where the milk comes from! 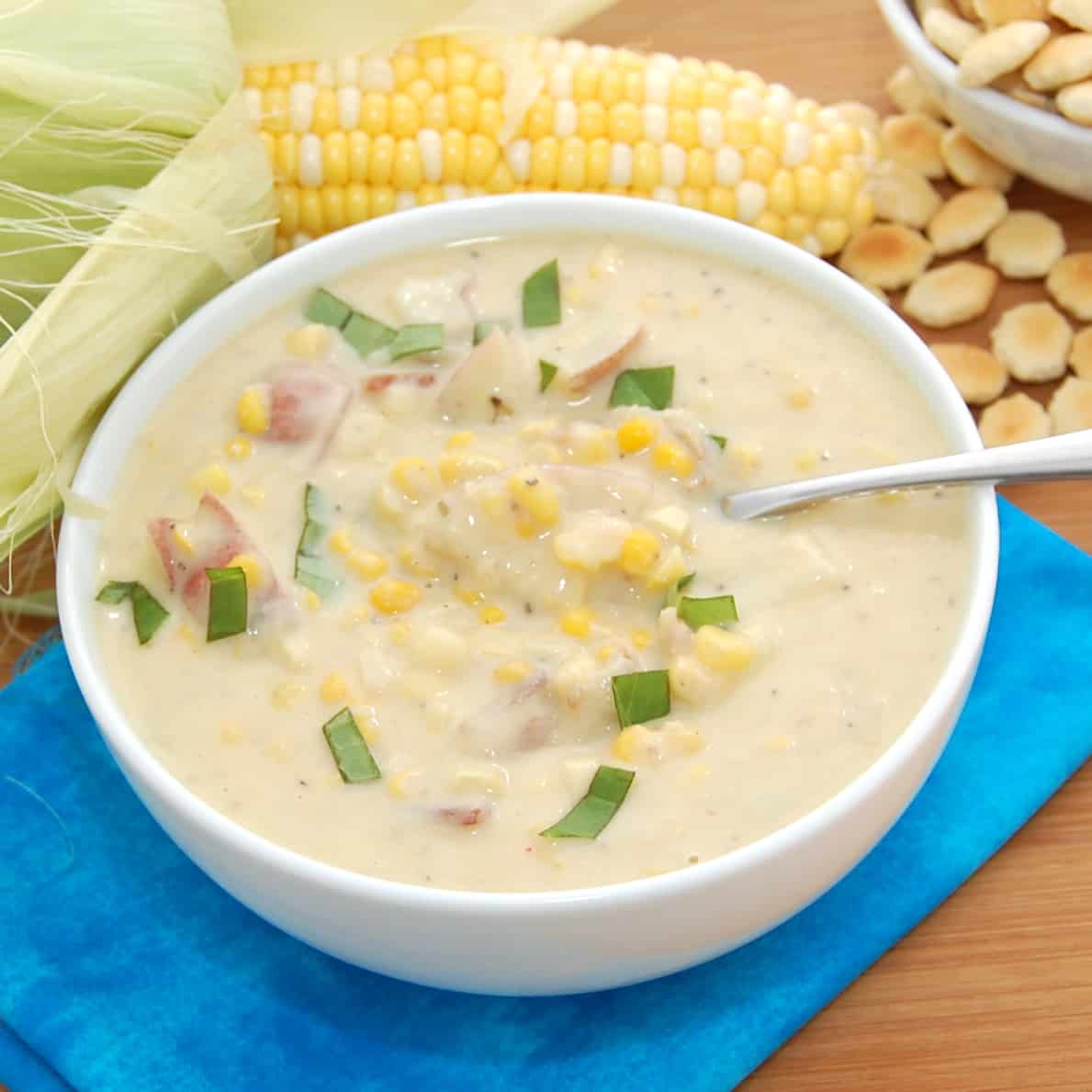 By taking the back side of a butter knife and scraping off the remaining pulp you get a sweet milky substance that is added to the chowder and allows the fresh corn flavor to shine through. With corn at its peak and as cheap as .25 cents an ear, you have no excuse not to make this delicious chowder. 😉 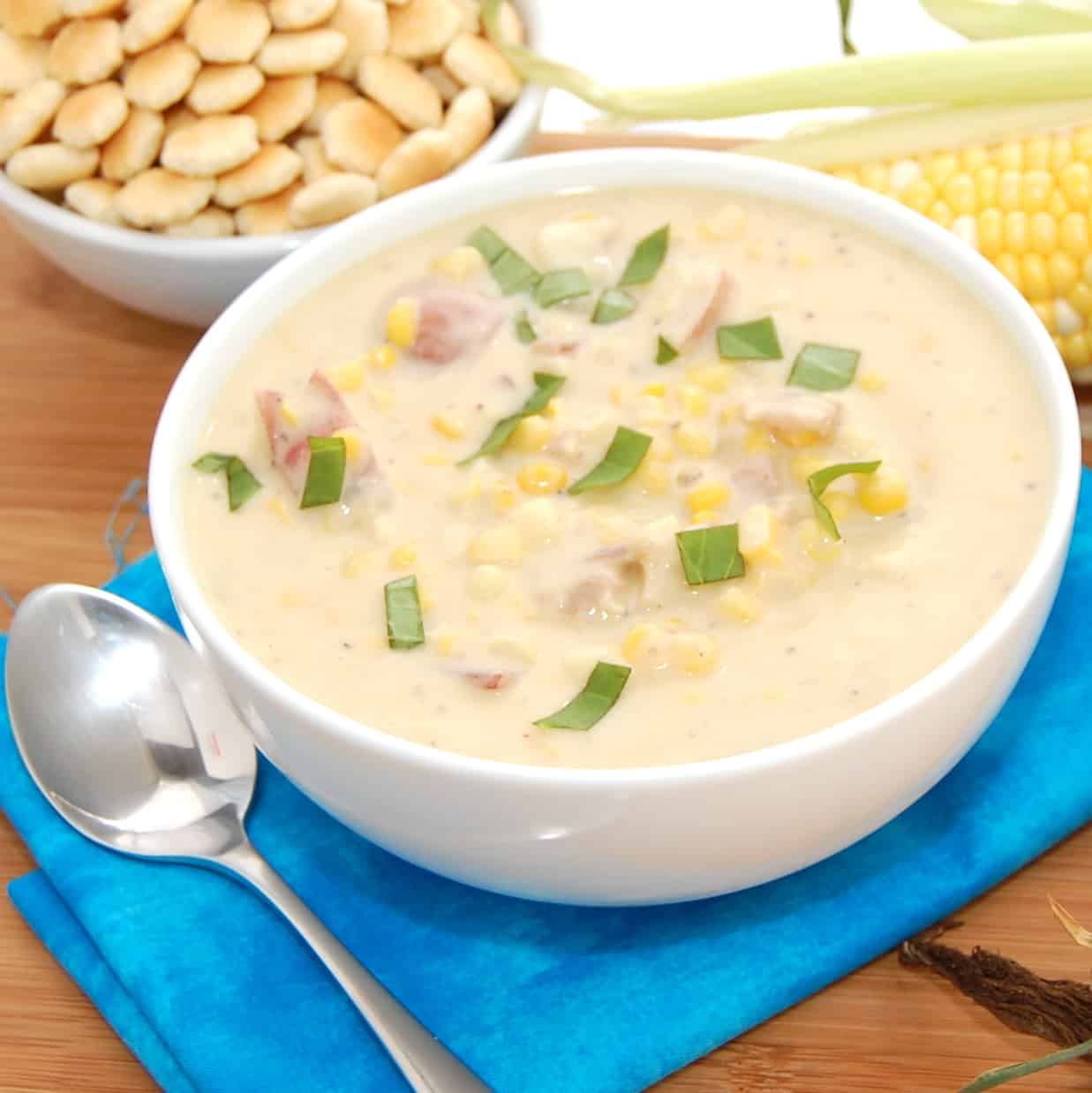 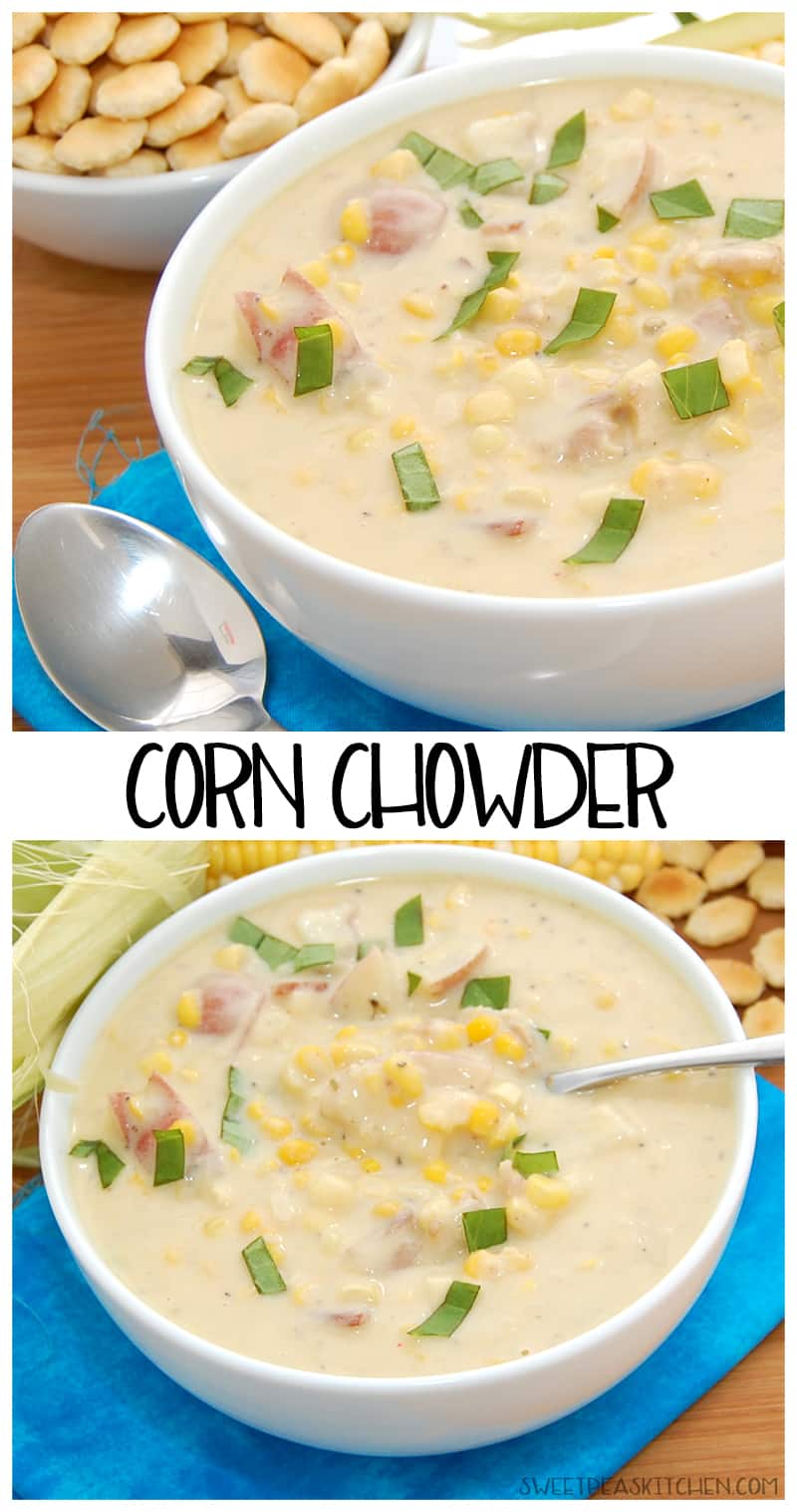 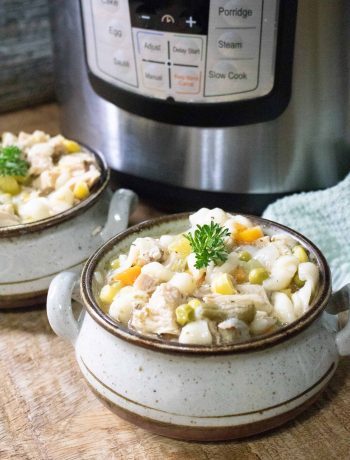 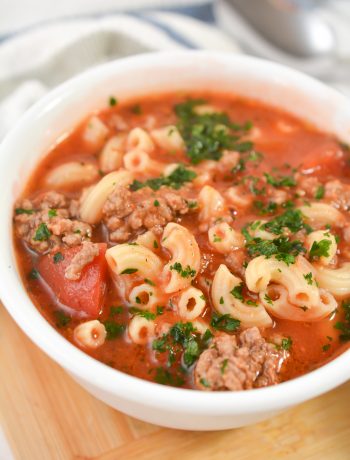