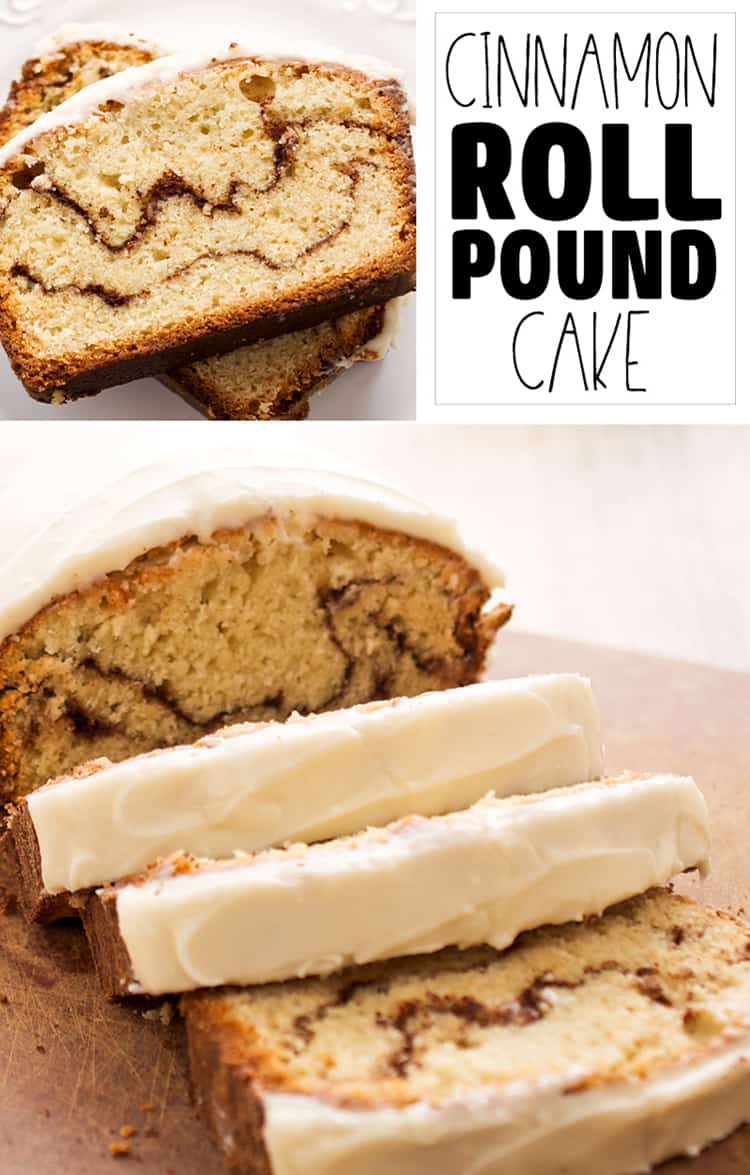 Cinnamon Roll Pound Cake has all the fantastic flavors of cinnamon rolls but in a pound cake form! Imagine all the deliciousness without all the waiting for the bread to rise! This cinnamon swirl cake is perfect for an easy breakfast, brunch, or dessert. When you dig into this moist cinnamon cake, you will get an explosion of vibrant flavor.

I have always been a fan of pound cake in general. It’s usually pretty easy to make, has a light and fluffy texture, and tastes amazing. This cinnamon pound cake recipe checks all the boxes, and I make it all the time. If you have been craving something sweet, give this easy pound cake recipe a chance. It will impress you and your family. 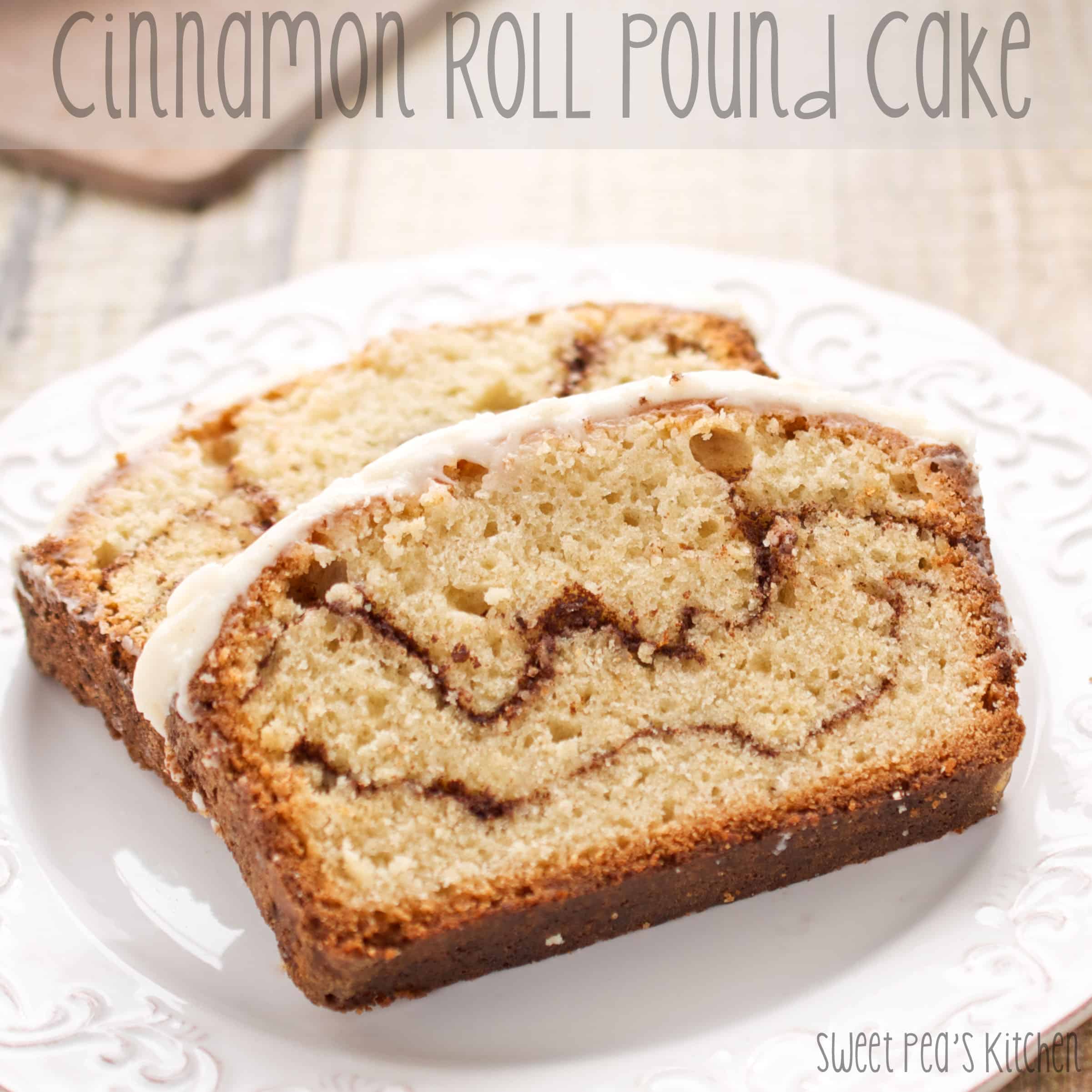 For the Pound Cake

For the Cinnamon Swirl

How To Make Pound Cake

This easy pound cake recipe is something you won’t soon forget when you taste it. It’s soft, moist, and has the best cinnamon sugar filling. Take a look at how simple it is to make.

First Step: You’ll need to preheat the oven to 350 degrees F. and grease the bottom and sides of two 9 x 5-inch loaf pans. Give them a dusting of flour and tap out any excess.

Second Step: Sift together the flour, baking soda, and salt in a medium bowl. Set aside for later.

Third Step: Using the paddle attachment on a stand mixer, combine the butter and sugar on medium speed. When it’s light and fluffy, add in the egg sone at a time. Whenever needed, scrape down the sides of the bowl. Add the sour cream, vanilla, and heavy cream and mix until combined.

Fourth Step: Once combined, add in the flour mixture and reduce the speed to low. Beat until it’s combined.

Sixth Step: Bake the cinnamon roll pound cake for 50-70 minutes until the edges have become golden brown. Insert a toothpick in the center and pull it out to check for doneness. It should come out clean when done. After 50 minutes, check the cinnamon swirl cake every 5-10 minutes to see if it’s done.

Seventh Step: Allow the cinnamon pound cake to cool for 10 minutes in the pan. Then remove it from the pan and place it on a wire rack on a baking sheet.

Eight Step: Prepare the icing by beating the butter and cream cheese together. Then add in the heavy cream, vanilla, powdered sugar, and salt and combine. Frost the tops of the moist cinnamon cake loaves and let the icing harden for 15 minutes then serve. 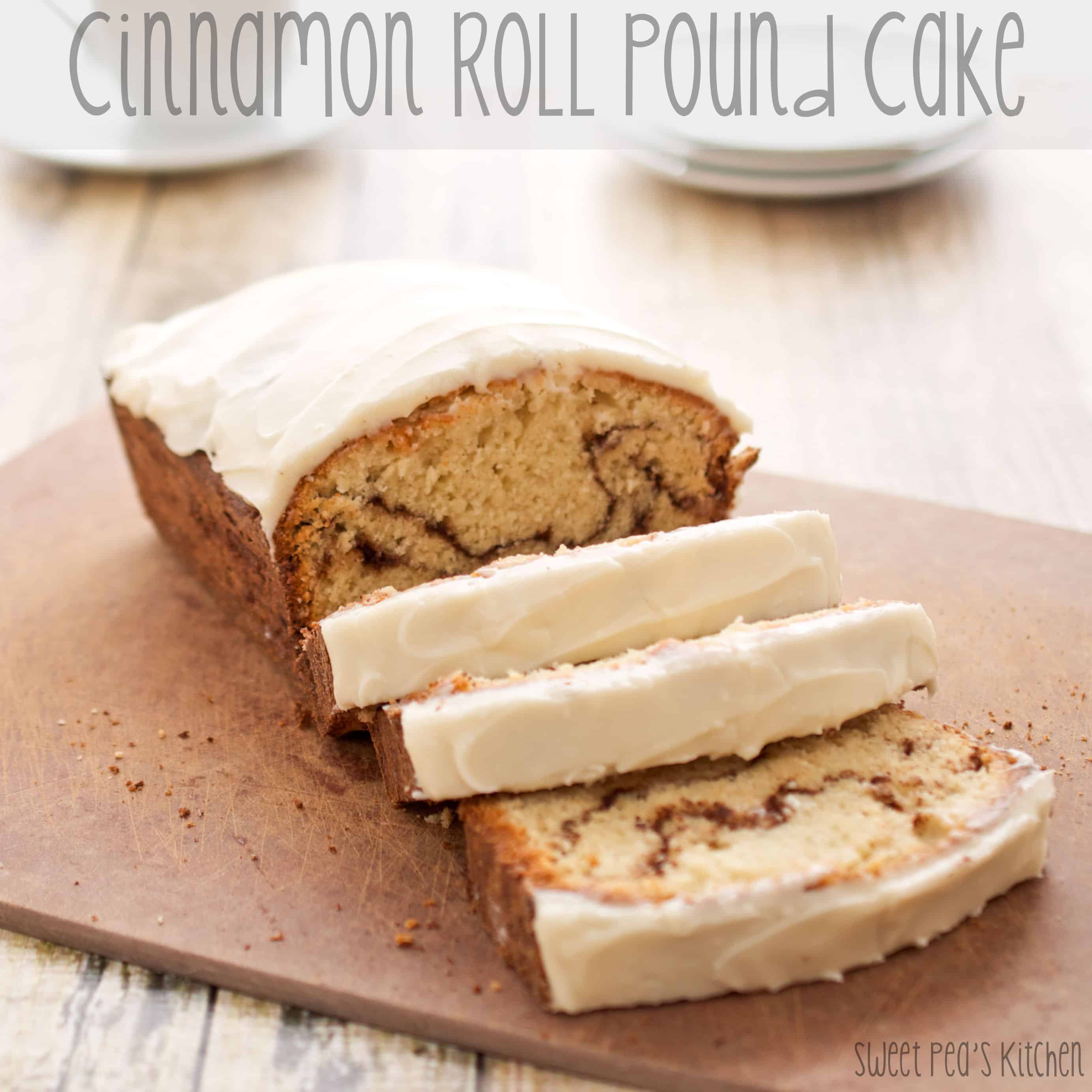 Why Do They Call It A Pound Cake?

The reason why they call it a pound cake is because traditional pound cake recipes always used one pound of ingredients. Nowadays, you’ll find all sorts of variations and recipes, and the ingredients do not always weigh one pound. The texture and flavors are similar to the old fashioned pound cake recipes that used to be made all the time.

Why Does My Pound Cake Crack On Top?

It’s completely normal for this cinnamon pound cake recipe to crack as it bakes. It’s practically impossible to prevent the cracking from happening due to the nature of the ingredients. That is why most pound cake recipes have a frosting or icing on top to help hide those cracks. Some people will use a bundt pan instead to prevent the cracking, but that’s really your only option. 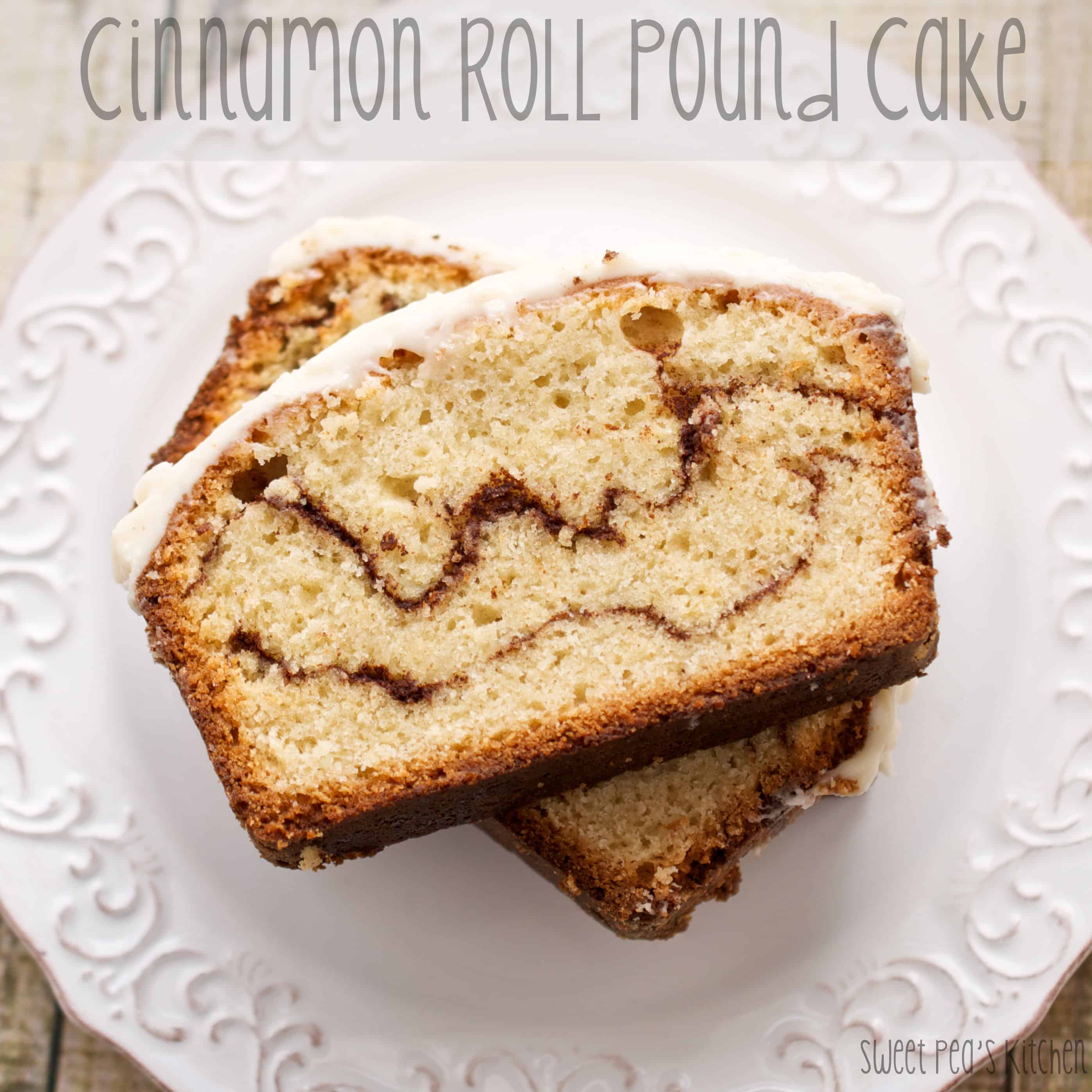 How Do You Store Cinnamon Roll Pound Cake?

You should store this moist cinnamon cake in the refrigerator in an airtight sealed container. It’s best to keep the cinnamon pound cake recipe in the fridge due to all the heavy cream and cream cheese. It will last 4-5 days in the fridge.

Can You Freeze This Easy Pound Cake Recipe?

Yes, you can freeze this cinnamon pound cake recipe. I prefer to slice it into individual pieces and wrap each one with plastic wrap or aluminum foil. But you can also freeze the entire loaf. This homemade pound cake typically lasts up to 4 – 6 months in the freezer. To serve, just defrost it in the fridge the night before. Once thawed, you can eat it. 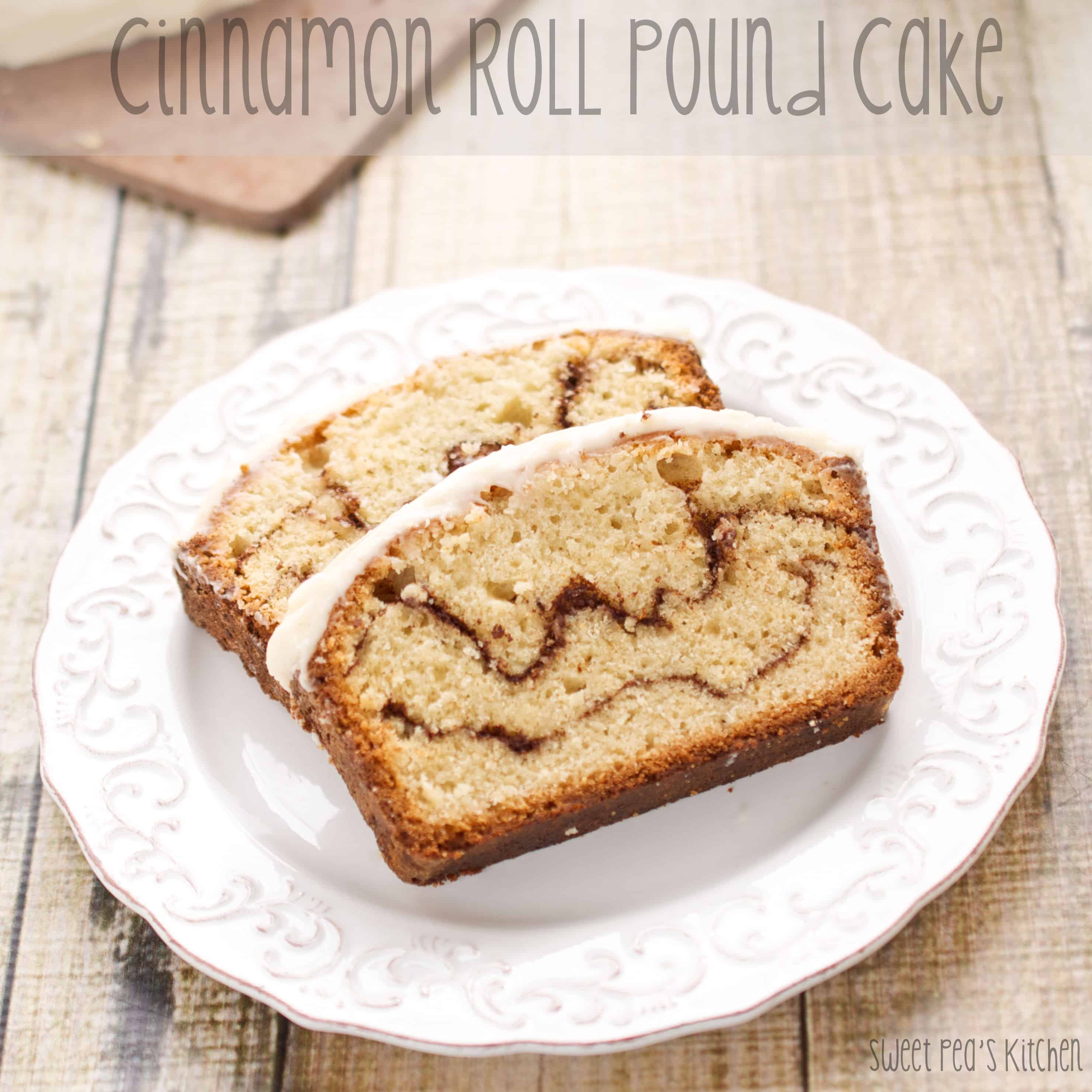 Can’t get enough of this best pound cake recipe? No problem, I have lots of other mouth-watering cake recipes for you to try. Take a look: 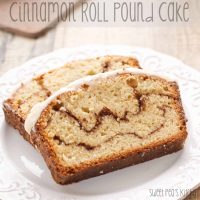 For the Pound Cake:

For the Cinnamon Swirl:

Make sure you check my best recipes at sweetpeaskitchen: 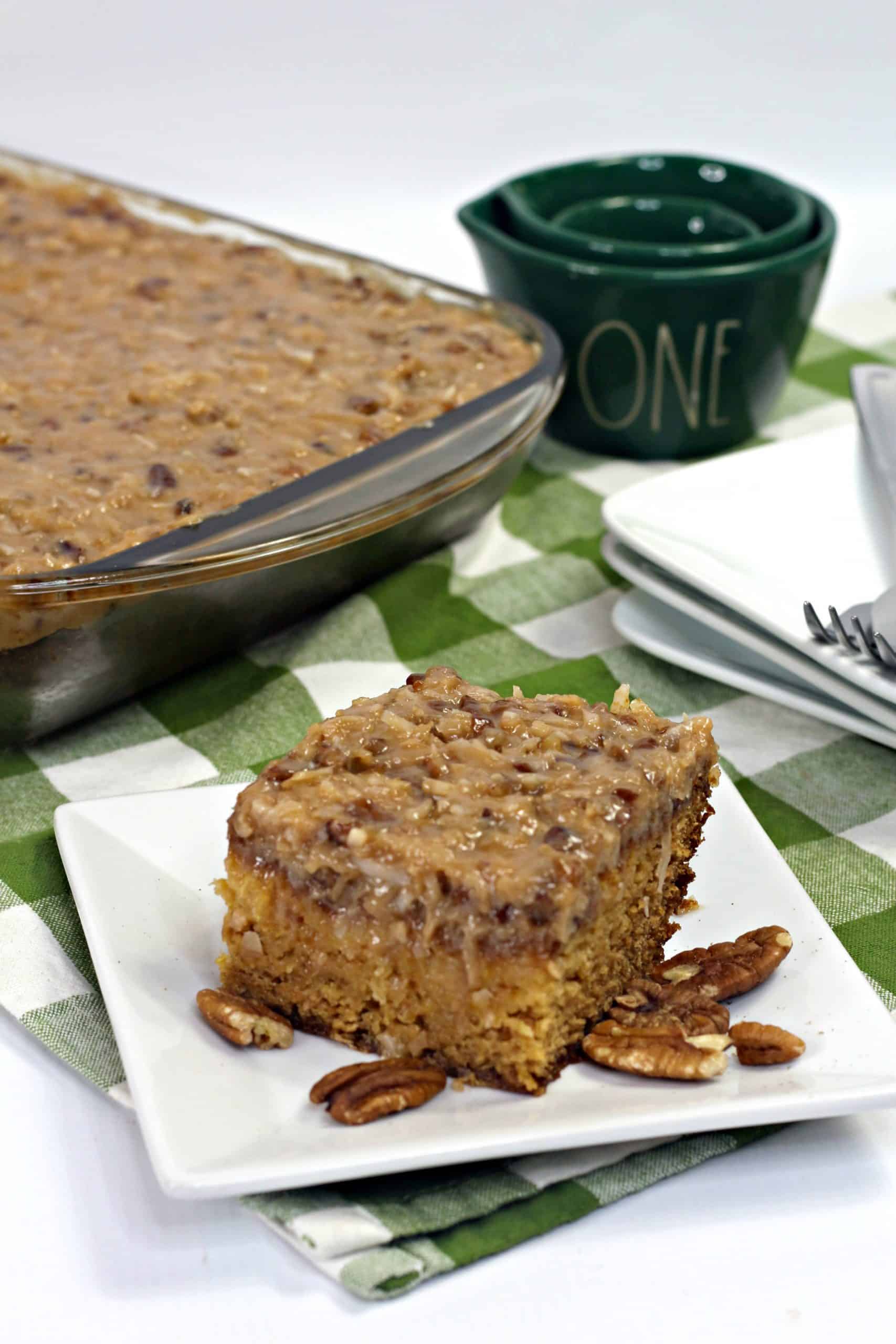 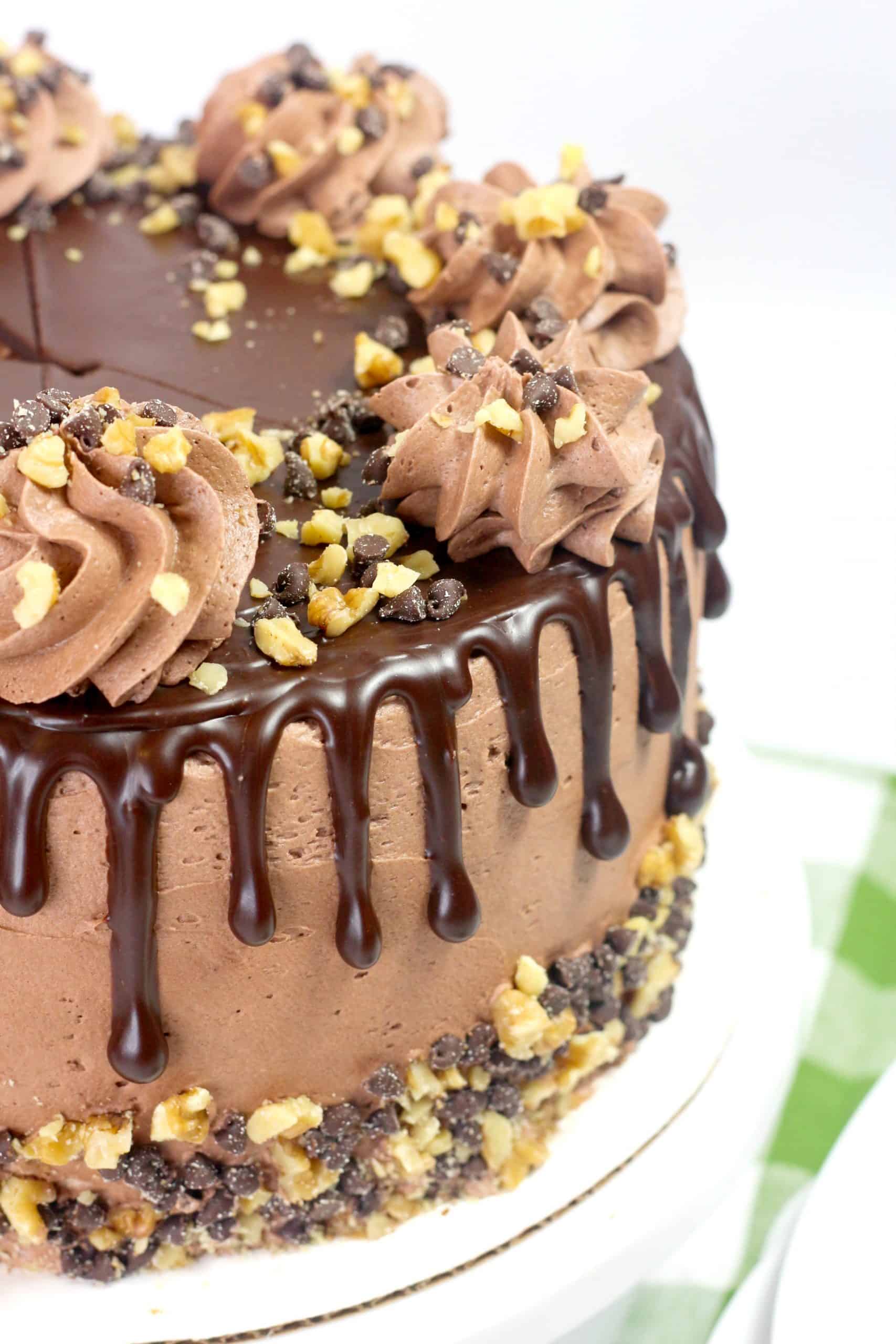 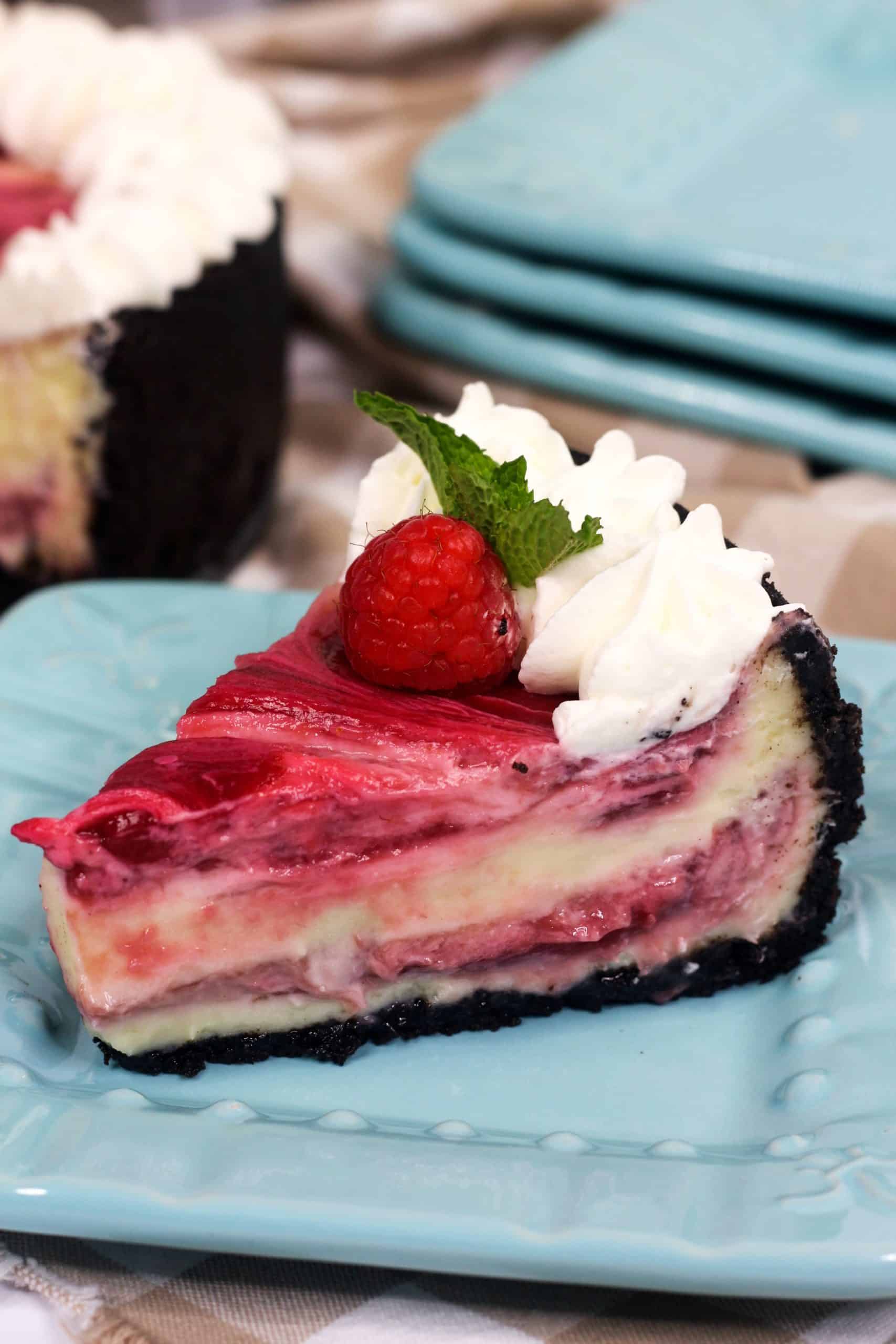 Slow Cooker Philly Cheesesteak – You will get juicy, tender steak in every bite!