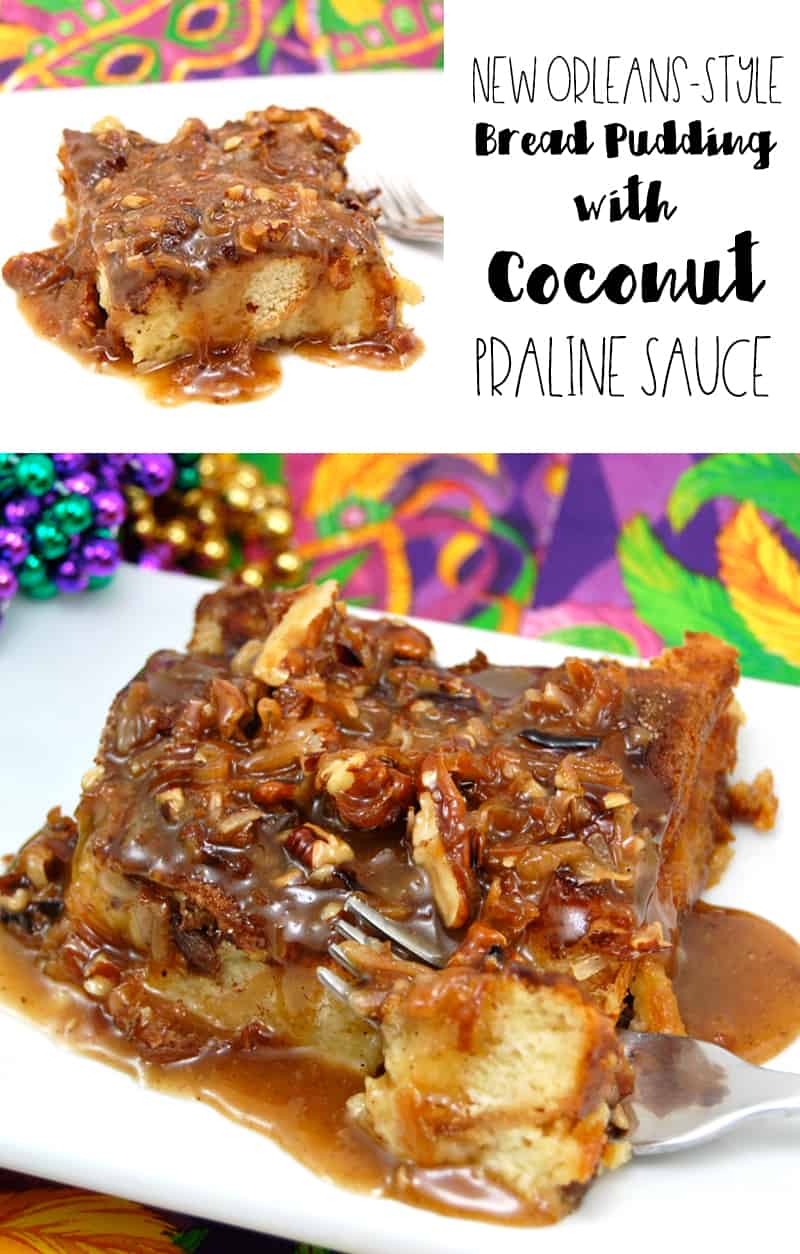 Watch out because it’s going to become your new addiction! 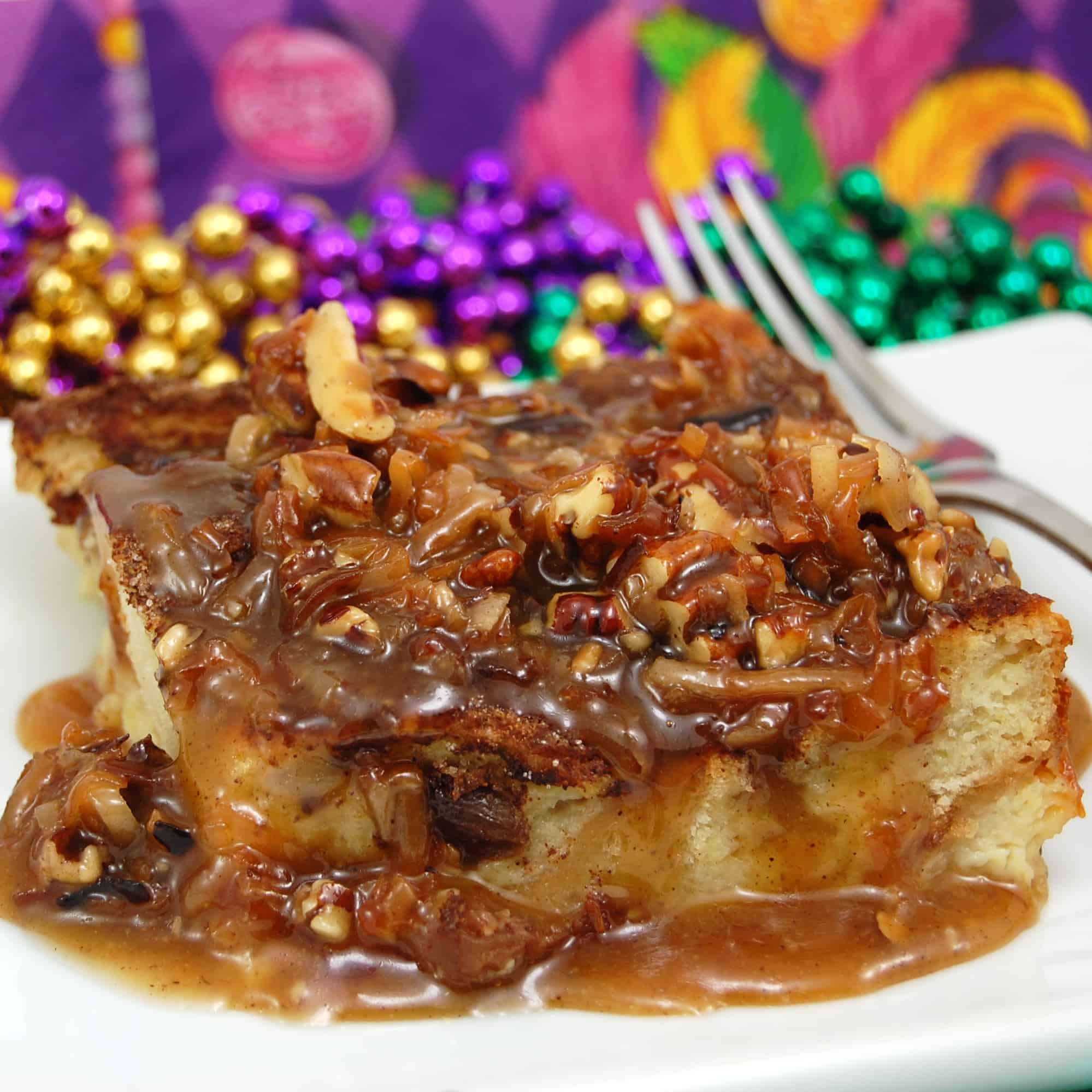 If you’ve never been to New Orleans before, no worries! You can bring a little bit of The Big Easy right to your own kitchen when you make this New Orleans style bread pudding. It tastes so great; you may end up wanting to plan a trip just to try the rest of their fantastic cuisine.

What Is Bread Pudding?

Bread pudding is a dish that is made from bread that is stale. It’s chopped into cubes and has a custard-like sauce that the bread soaks up. It’s baked and usually has some type of hot sauce that’s filled sweet.

My french bread pudding recipe calls for rum in the sauce, and it takes knocks it out of the ballpark when it comes to flavor and texture. You can eat it as a dessert or even as a breakfast item. 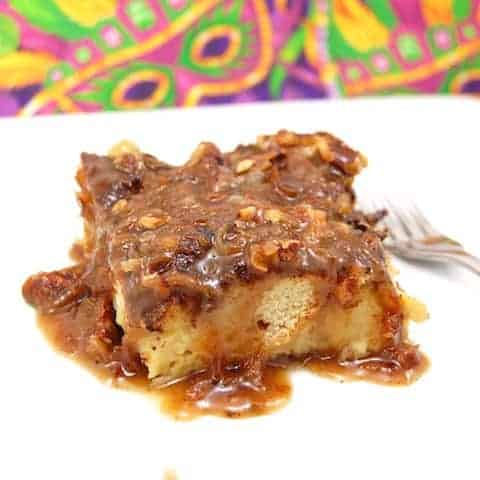 For the Bread Pudding:

For the Caramel Sauce:

How To Make Bread Pudding

I love to make this southern bread pudding recipe for potlucks. It goes over well, and you’ll never end up with leftovers because it’s that good. Take a look at these steps to make this homemade bread pudding.

First Step: Add the eggs, milk, coconut milk, sugar, currants, and vanilla into a large bowl. Whisk the ingredients together then stir in bread crumbs until they are covered. Make sure that all the bread is covered with the milk mixture and allow it to sit at room temperature for 45 minutes.

Second Step: Once in a while, go check on the bread and push it down to ensure that it’s soaking up the liquid well.

Fourth Step: Pour in the bread and milk mixture to the baking dish and sprinkle with cinnamon and sugar. Bake for approximately 1 hour until the center is set and doesn’t jiggle.

Fifth Step: After removing the bread pudding from the oven, allow it to cool for 20-30 minutes on a cooling rack.

Sixth Step: During the time, the homemade bread pudding is cooling melt butter and brown sugar together in a saucepan over medium heat. It will be smooth and will take around 2 minutes.

TIP: Stir the butter and sugar mixture constantly, or it may burn to the pan.

Seventh Step: Add in the heavy cream, rum, cinnamon, and salt, and whisk. Simmer until the sauce has thickened and reduced to 1 1/2 cups of liquid. This should take around 5 minutes, then remove from heat. 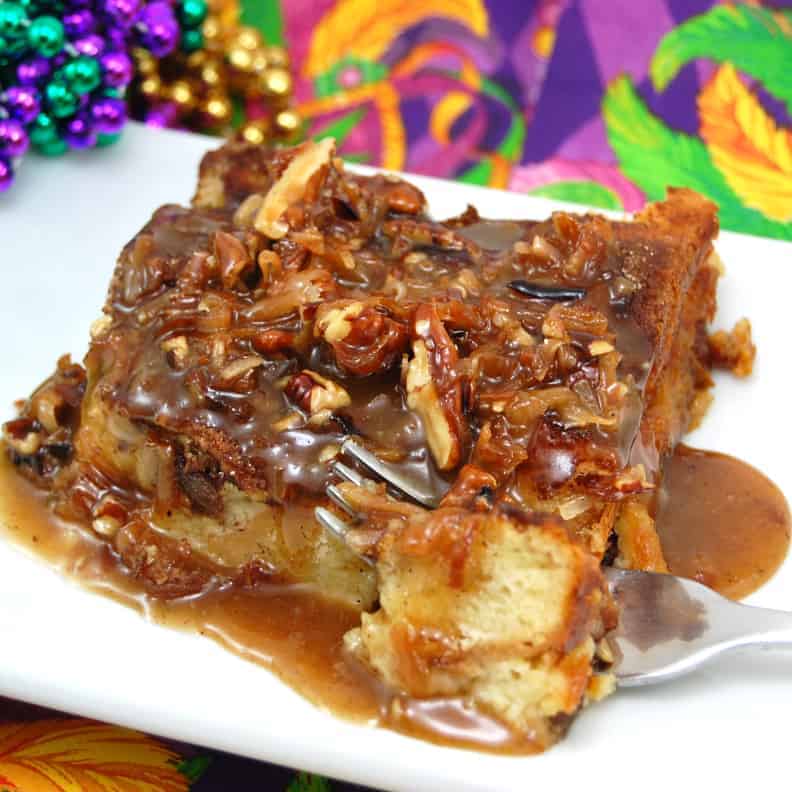 How Do You Know When Bread Pudding Is Done?

The sides of the bread pudding are going to be golden brown, and the center should not jiggle. If it seems eggy or wet, then it needs a few more minutes of baking time. You can also insert a knife or toothpick in the center too. If it comes out with liquid or chunks of food on it, then it’s not all the done baking yet. Just cook it a little bit longer and test again.

What If I Don’t Have Stale Bread?

It’s okay if you don’t have stale bread. Most of us toss the bread as soon as it tastes stale, so it’s not something we usually keep around unless we are planning on a recipe that requires it. If you are planning to make homemade bread pudding, I recommend sitting the bread on the counter uncovered for a few hours. This will dry it out enough and will still be entirely usable.

Worst case scenario, you don’t have time to set it out, and you use it fresh. It’s still going to taste good. The reason stale bread was ever used was so that it didn’t have to be wasted. Back in the day, they very rarely threw out any sort of food, and instead of eating unflattering stale bread, they turned it into bread pudding. Either way, you can use whatever you have on hand, and it will turn out great.

Can I Use Whiskey Instead Of Rum?

Yes, you can easily swap out whiskey instead of rum when making this best ever bread pudding recipe! It’s going to taste fantastic no matter which alcohol you use. The options are endless, really. You could even use a coffee-flavored liquor instead of rum if you wanted to. Try out a few options and stick with what you like best. I mean it’s got alcohol in it, so it’s bound to be good, right?

How Do You Store New Orleans Bread Pudding?

It’s best to store it with a lid on it and place it in the refrigerator. It will last 4-5 days, so it’s perfect for making ahead of time. If you want to eat it warm, you can toss it in the microwave for a few seconds or bake it in the oven. If you opt to bake it in the oven, turn the heat up to 350 degrees F. and warm it for 10-12 minutes until it’s hot.

Can You Freeze Homemade Bread Pudding?

Yes, you can freeze it! Just cover it and keep it in an airtight sealed container. It will last up to 3 months in the freezer. When you are ready to serve, place it in the refrigerator so it can defrost. Then enjoy it cold or warm. 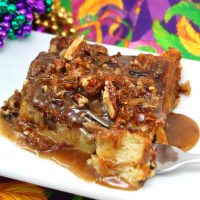 For the Bread Pudding:

For the Caramel Sauce:

If you love this recipe, check out some of my other delectable desserts you should try: 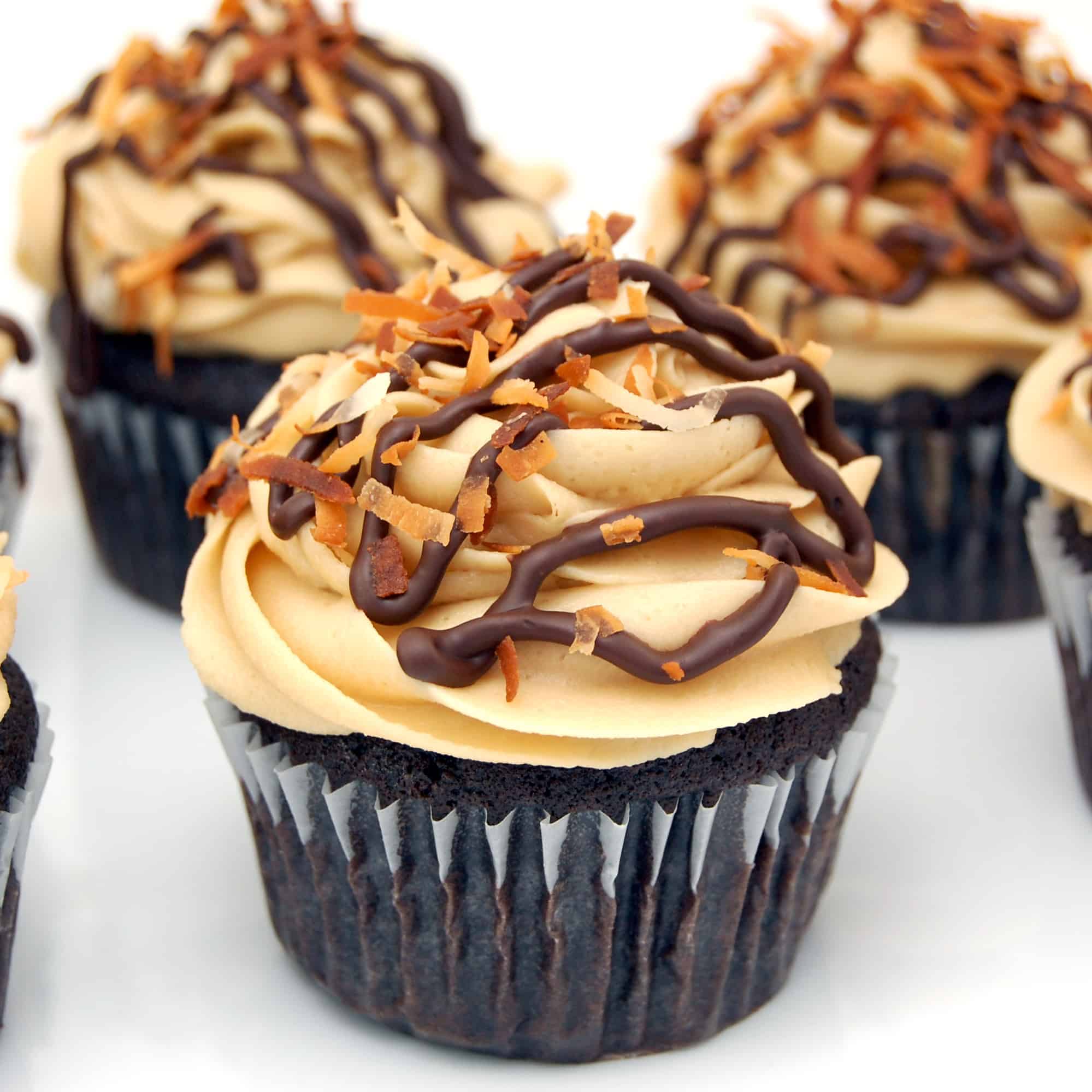 Pumpkin Bars With Cream Cheese Frosting – Oh Em Gee! These are the best pumpkin bars ever! You really need to try them. 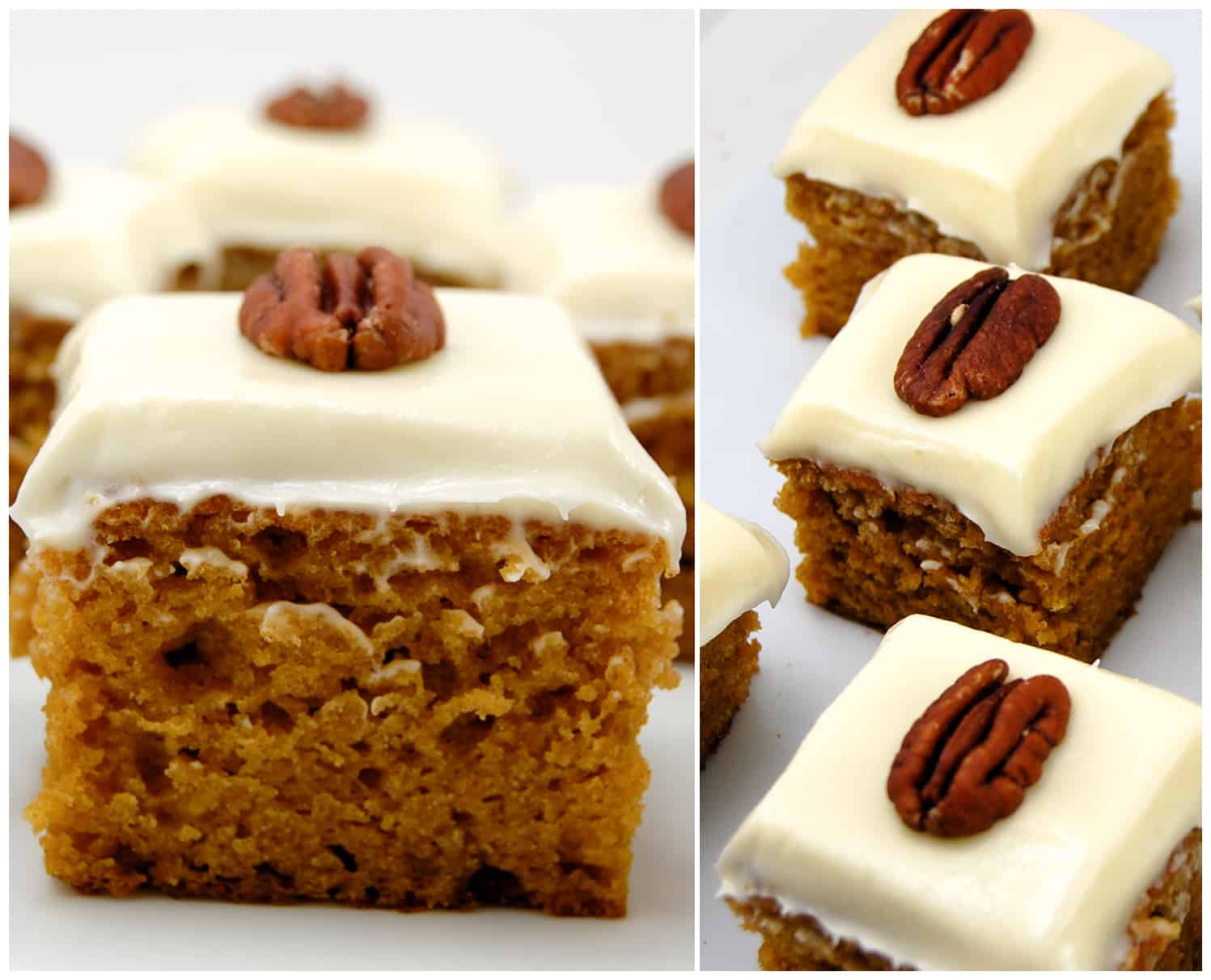 Easy Strawberry Galette – Eat this as a fun and playful dessert or even serve it at your next brunch. Either way, it’s a winner. 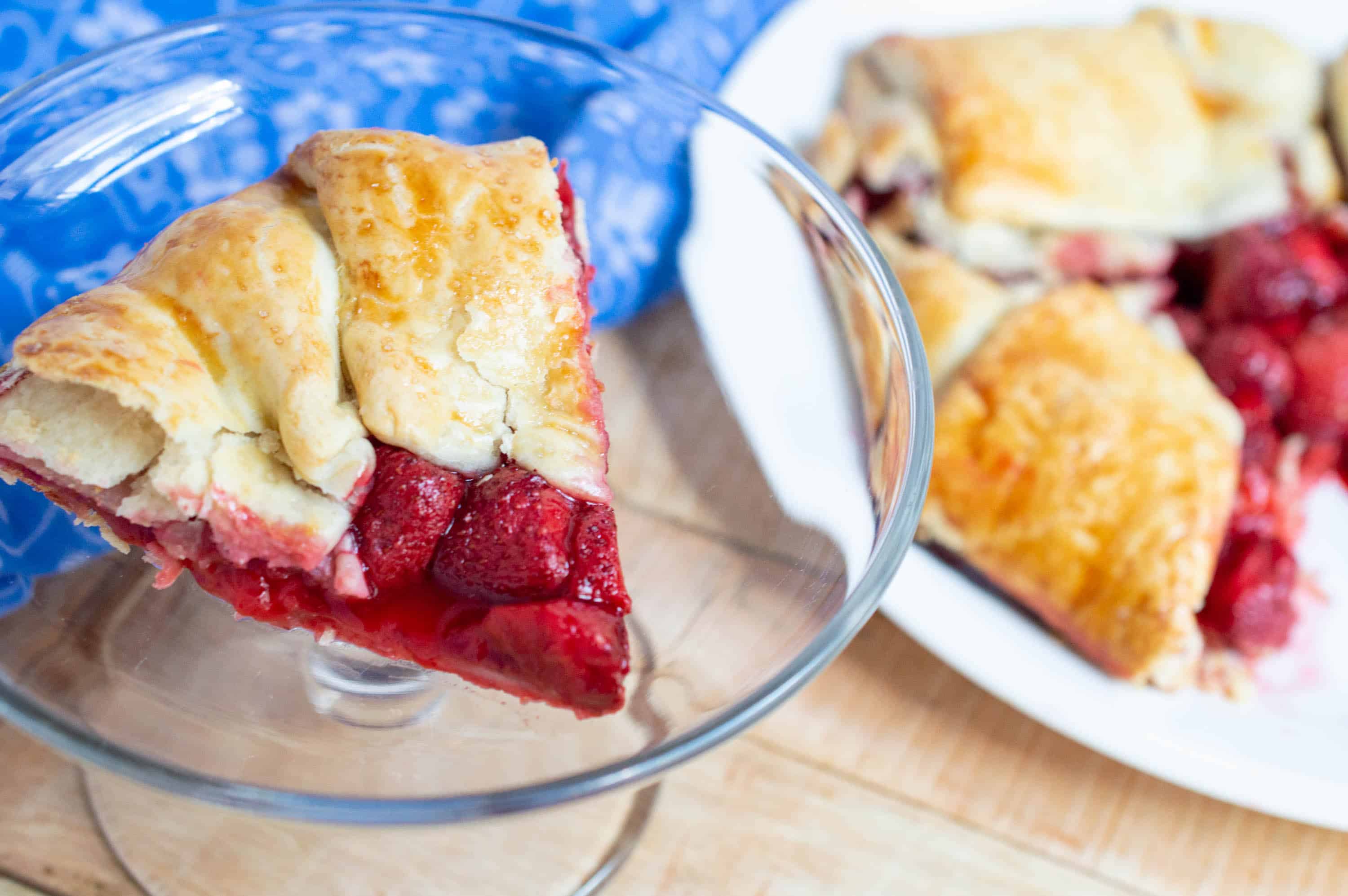 Sweet Breakfast Bake With Chocolate Croissants – You are going to fall in love with this dish. It’s sweet enough to be served as breakfast or dessert.