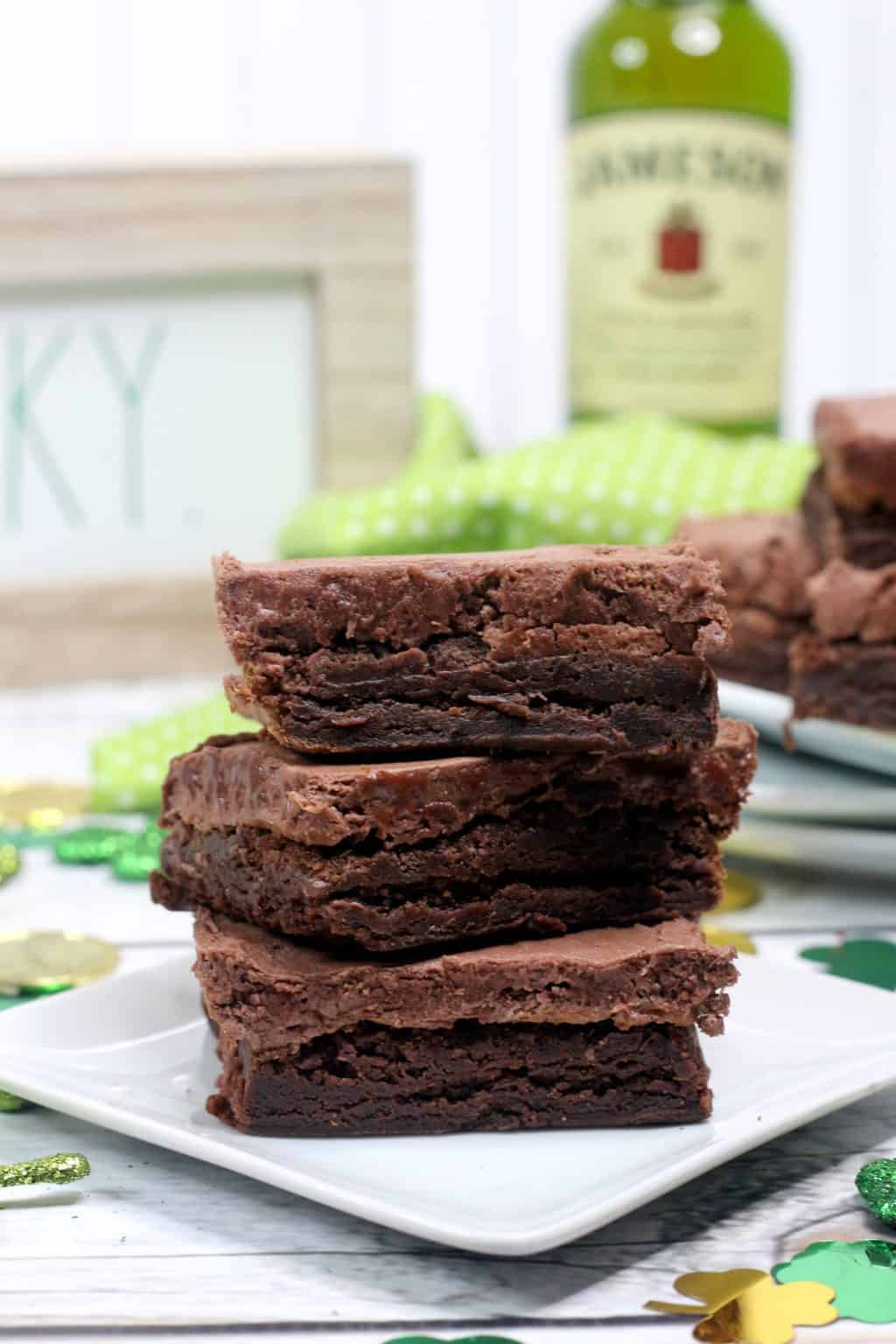 If you are ready to wow your friends and family, you should serve them this Irish Whiskey Brownies Recipe.

You start with a box brownie mix; then you transform it into the most incredible Jameson Whiskey brownies you’ve ever tasted. Adding whiskey to brownies is so easy, and it makes a significant impact on the flavor. I’m so excited for you to try the St. Patty’s Day brownie recipe for your next party!

It’s no secret how much I love to make food for St. Patrick’s Day. I feel like it’s just a little luck of the Irish to create a tasty dessert and meal for Saint Patrick’s Day. When you bite into these decadent brownies, you will immediately get a fantastic chocolatey flavor that is rich and unforgettable.

I have been making these whiskey brownies for years and years, and I have a feeling once you make them, you will want to do the same thing. 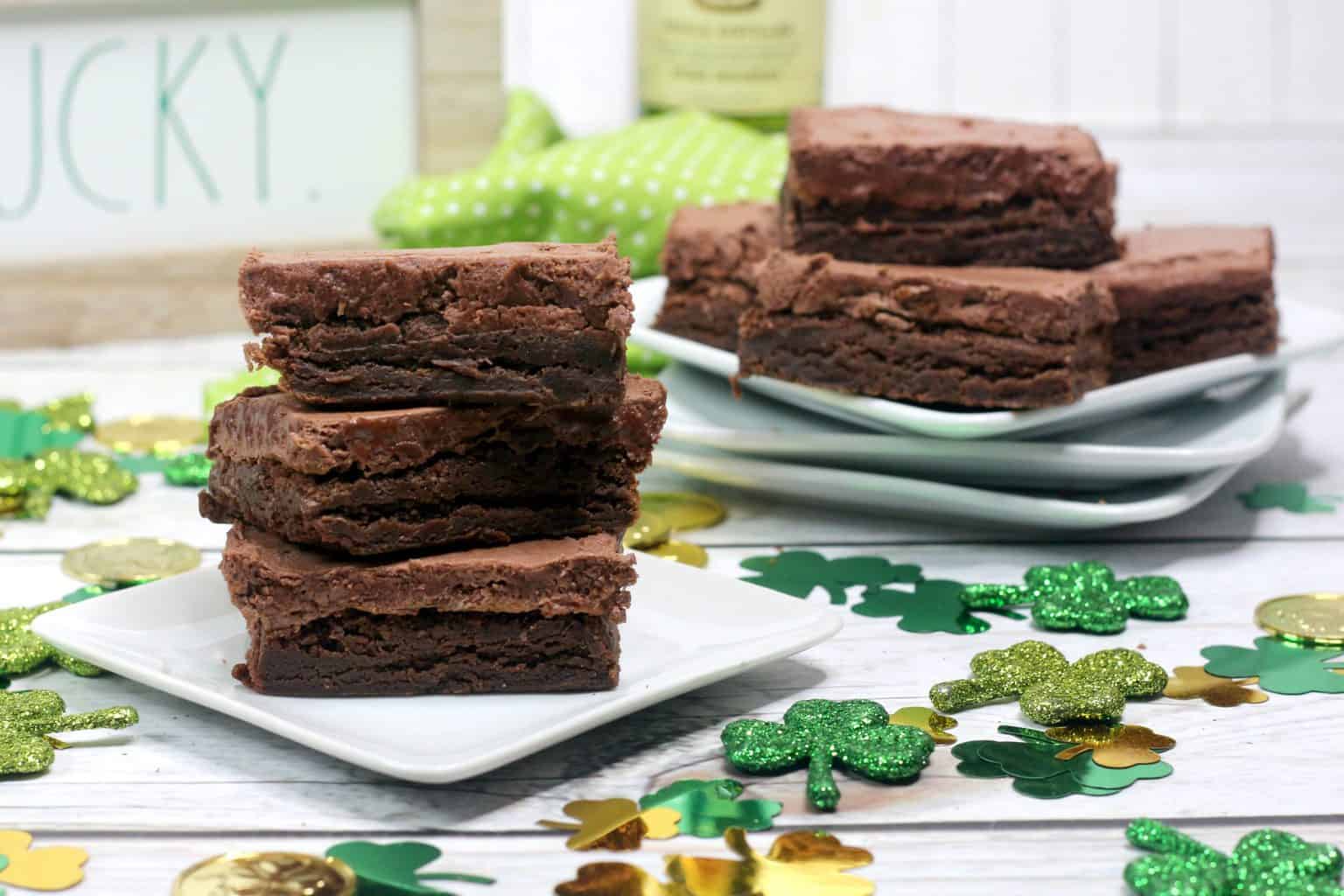 Because of the Irish whiskey in the frosting, I don’t recommend you allow children to eat these brownies. You can always whip up a batch that doesn’t have whiskey in it to make it kid-friendly for your events.

Don’t worry, they won’t even realize the difference in the kid-friendly version of these brownies. Save the whiskey for the adults!

How Do The Brownies Taste With A Whiskey Frosting

These Irish whiskey brownies taste absolutely amazing with the whiskey frosting. Adding a little bit of whiskey to the frosting seriously takes it to the next level of Awesome! You only need to add one tablespoon of Irish whiskey to the frosting, and it makes a huge impact. If you aren’t a fan of whiskey in general, you may or may not like these brownies. I recommend preparing them and tasting a little bit, then you’ll know for sure if you love them or not.

Even if you aren’t a huge fan, everybody else who loves whiskey is going to be more than happy to gobble up every last crumb.

After the brownies have baked and cooled, put them inside of an airtight container. The brownies will last up to five days in the refrigerator. Plus, they taste a lot better when they have been chilled for a while. You can serve them at room temperature if you’d rather, but the frosting is going to age better if it is cold when you serve it.

The brownies will only last one to two days at room temperature.

Can I Freeze These Brownies Slicing brownies can be a massive headache when they don’t slice smoothly and in straight lines. Here are a few tips to help you get started to make sure that your brownies look gorgeous every single time.

Can I Use Homemade Brownies Instead of Box How to Make Brownies

Let’s get started so you can whip up a batch of the Irish whiskey brownies.

Step 1: Begin by preheating the oven to 350 degrees Fahrenheit. Then take a 9×9 inch brownie pan and line it with parchment paper. It’s okay to allow some of the parchment paper to hang over the edges of the pan. That will make it easier to remove the brownies later.

Step 2: Mix up the brownie batter according to the package, in a stand mixer or bowl.

Step 3: Pour the brownie batter into the pan and bake the brownies as directed on the box. After the brownies are done baking, place them on a wire rack so they can cool. Then prepare the whiskey frosting.

How to Make Whiskey Frosting

Step 1: Begin making the whiskey frosting by melting the butter and chocolate together in a saucepan. Whisk until they are smooth and creamy.

Step 2: In a bowl that you will need to combine the powdered sugar, half and half, whiskey, and vanilla. Then, you’ll slowly pour in the chocolate and butter mixture and combine well.

Step 3: After the brownies have cooled all the way down, you can put the frosting on top of the brownies. Slice, and enjoy! 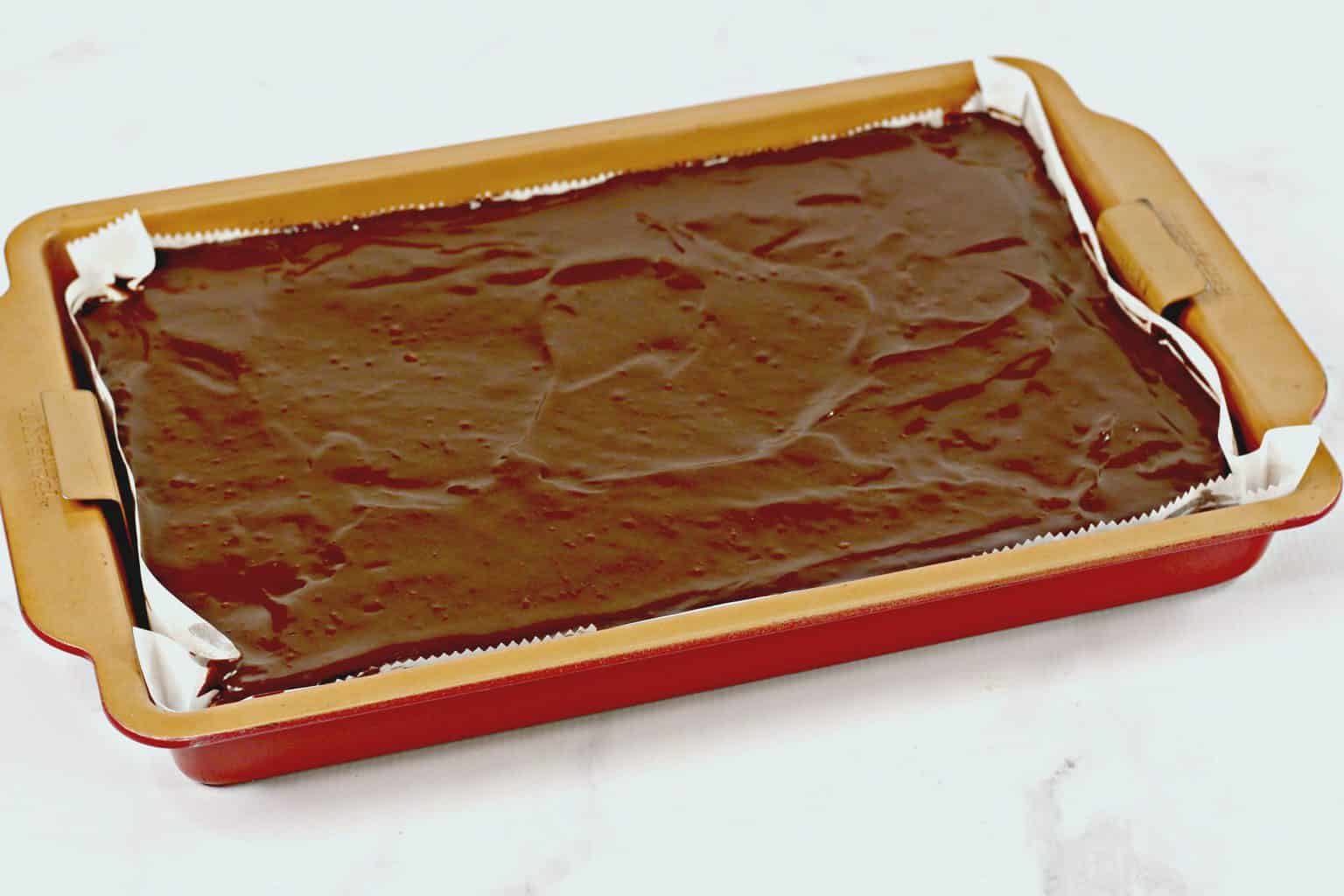 Irish Whiskey Brownies are a brownie that is topped with a whiskey frosting. Jameson whiskey brownies are so popular and perfect for a St. Patrick’s Day dessert. 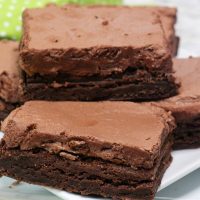 I have some more delicious and decadent dessert recipes you are going to want to try.

Instant pot chocolate raspberry cheesecake – It’s incredible this rich dessert can be made in your pressure cooker! 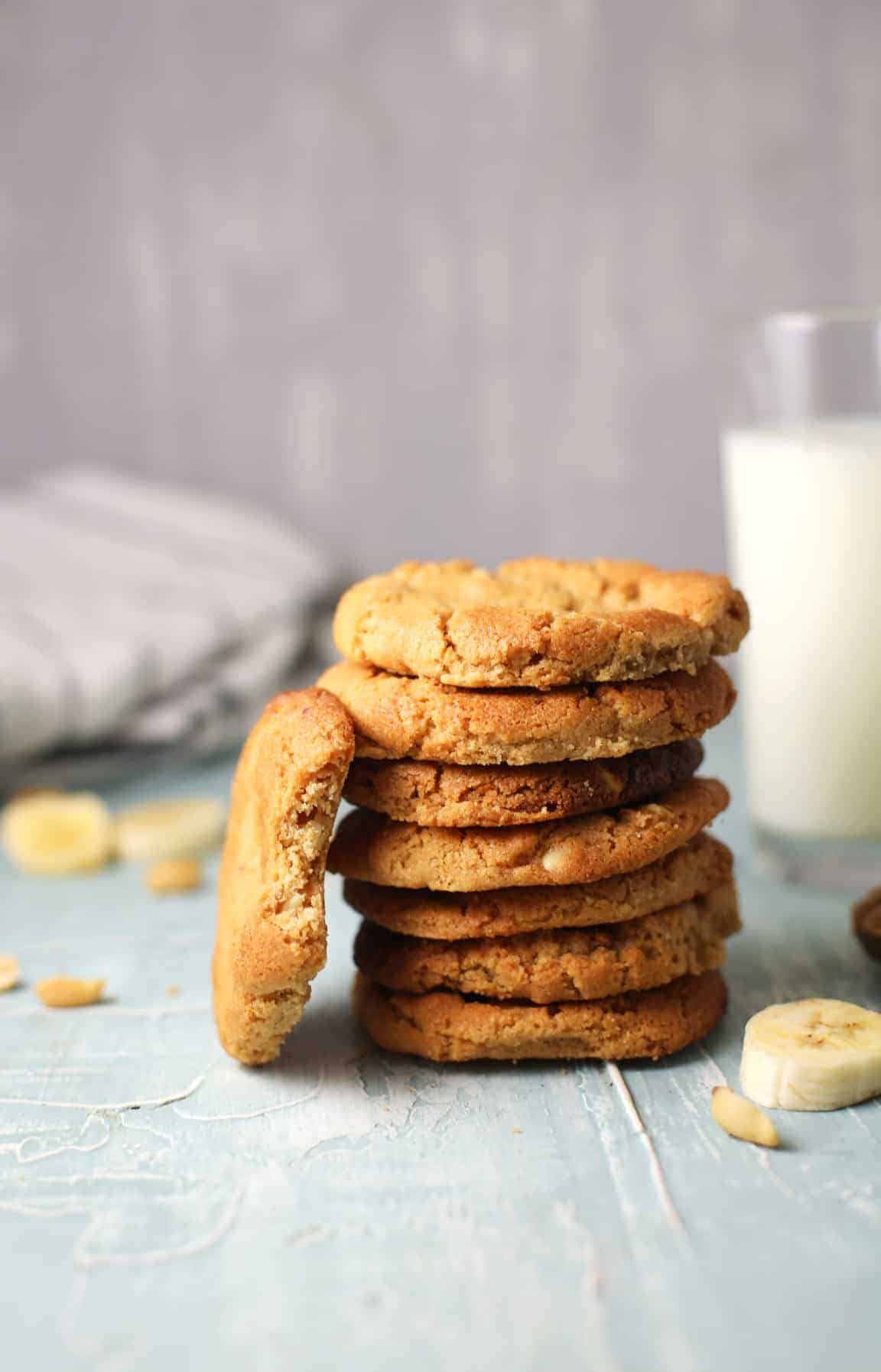 Banana cake with marshmallow frosting in caramel drizzle – If you have been looking for a dessert to leave an impact on anyone that tries it, this banana cake is the answer to your thoughts.