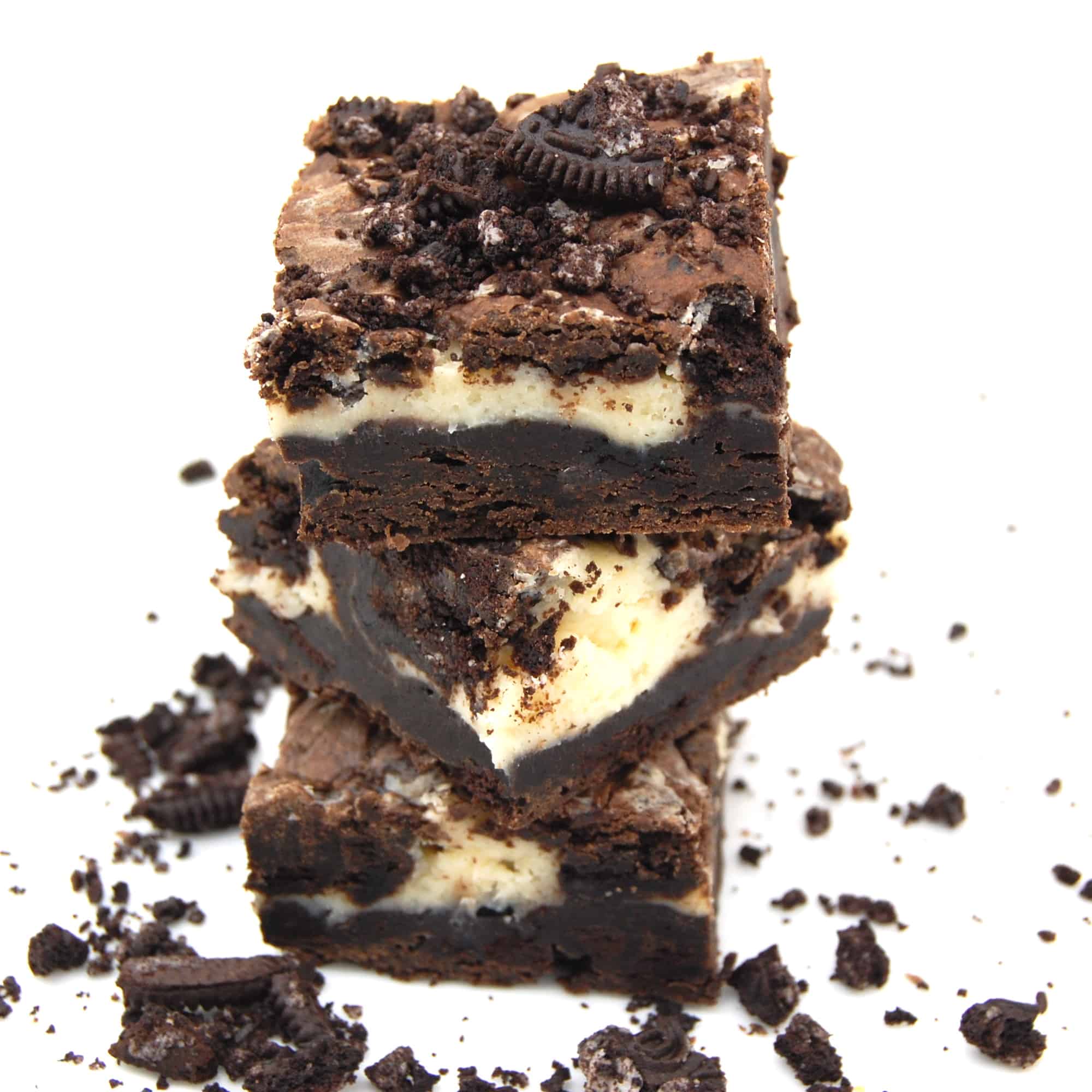 Oreo Cheesecake Brownies-I mean really, do I need to go into any more detail? Just saying the words ‘Oreo cheesecake brownies’ and I start to salivate! I love brownies, whether served warm with a glass of milk, alongside ice cream or by themselves. Brownie, cheesecake and crushed Oreos are swirled together to make one rich and irresistible dessert. So rich, so decadent, so worth every calorie! 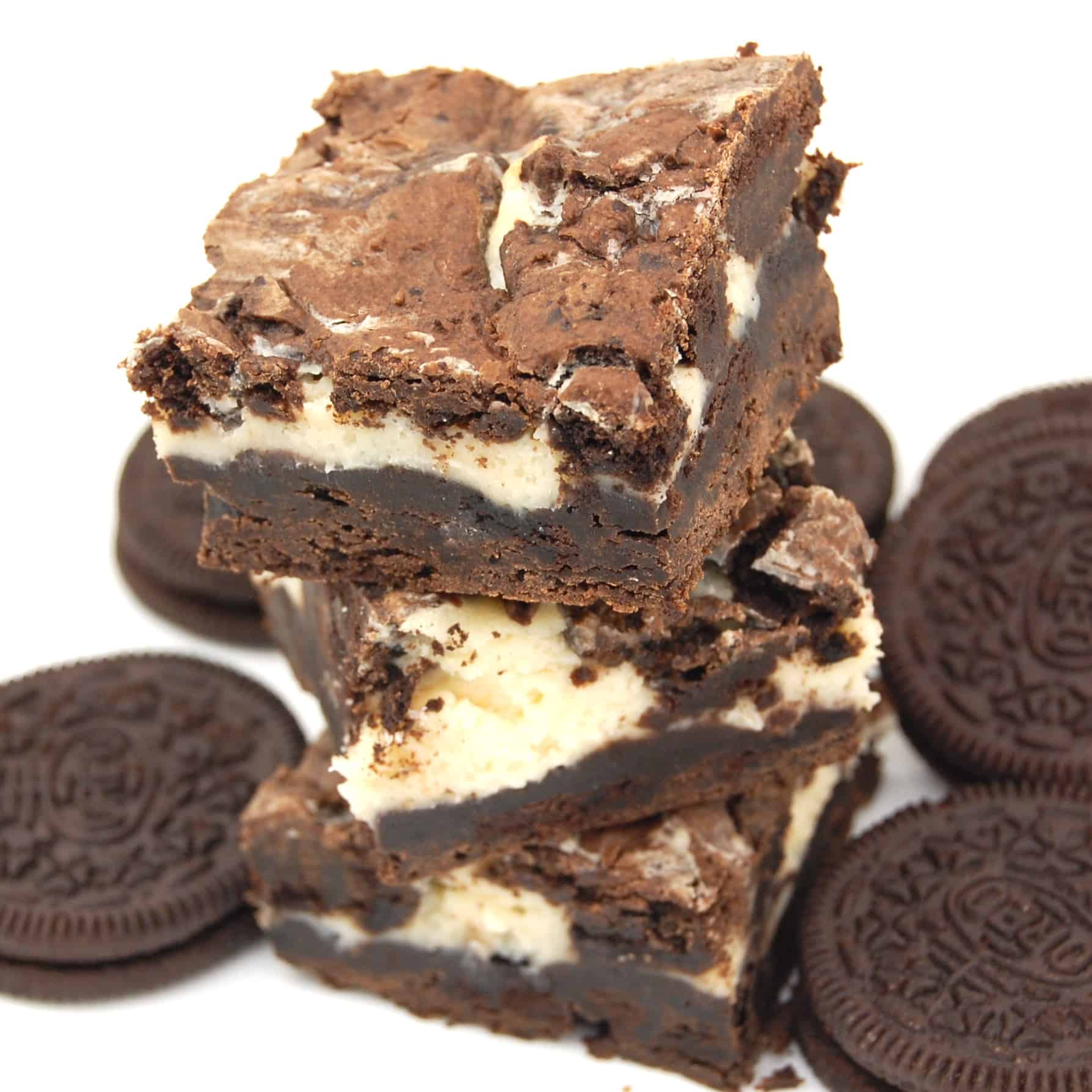 Go ahead, give these brownies a try, but I warn you! Make sure you have someone to give them to, I can’t be held responsible for you eating the entire batch! 😉 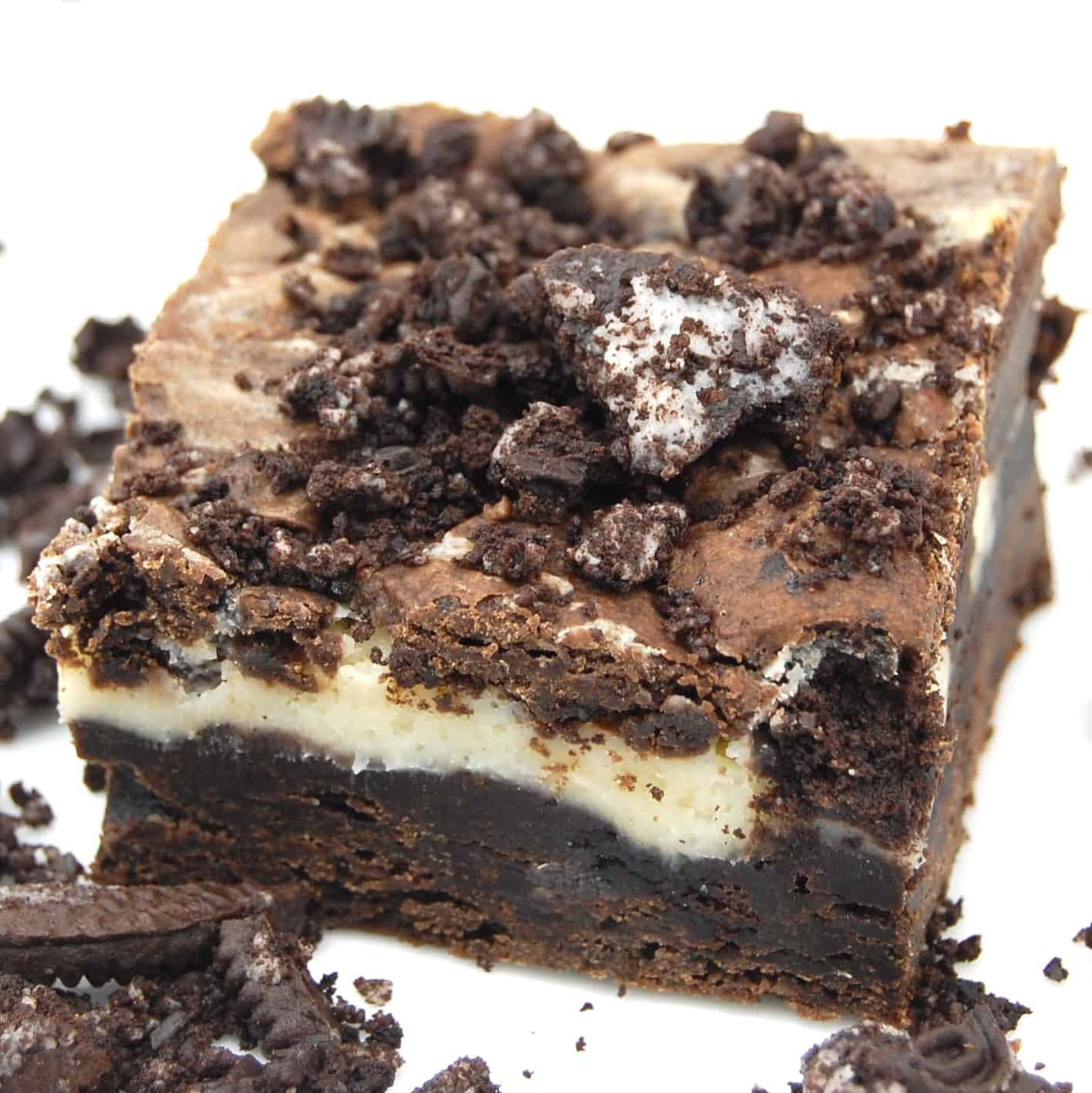 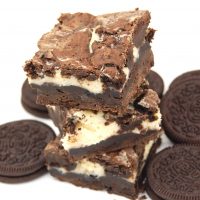