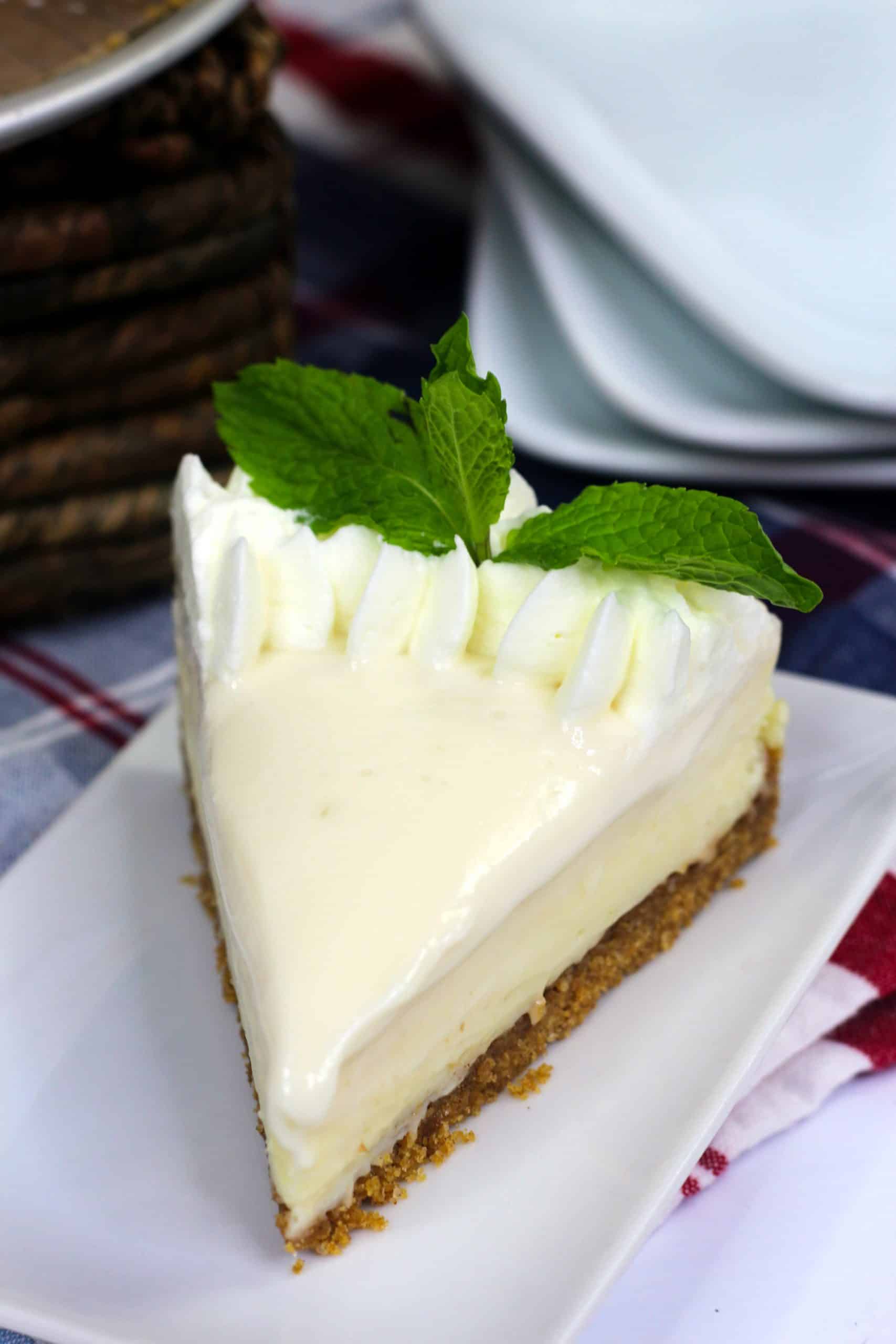 I love all sorts of cheesecake recipes! But this is by far the best Instant Pot Cheesecake I’ve had. I love that I can easily use my pressure cooker, and it doesn’t take forever to prepare or cook it. Don’t get me wrong; I love being in the kitchen. It’s my comfort, and I’m happy to spend time making and preparing all sorts of recipes. However, I also love dishes that I can make that aren’t hard like this cheesecake in Instant Pot. I think of it as fuss-free cooking. Doesn’t that sound amazing? 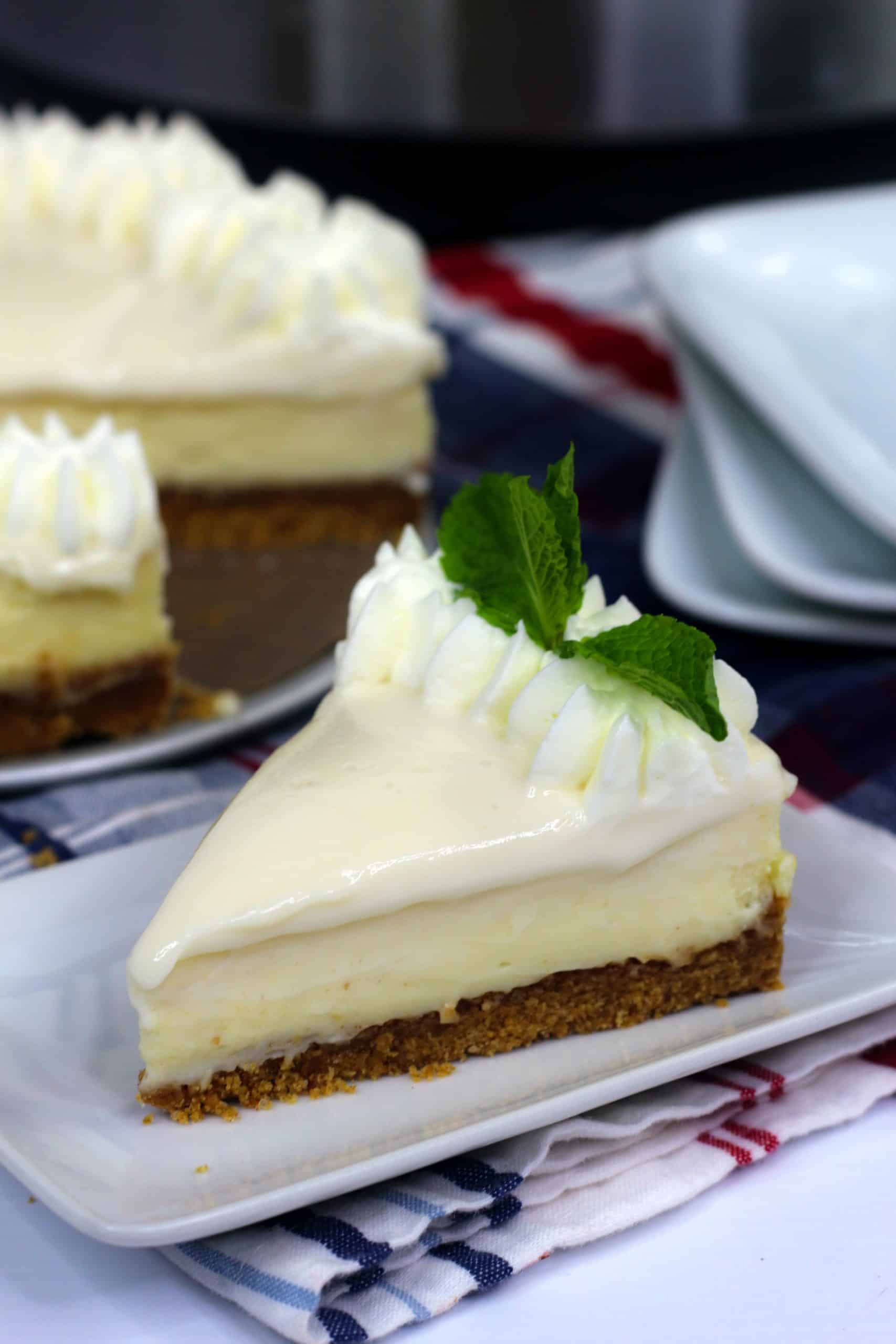 Can you believe you only need 7 ingredients to make this easy Instant Pot cheesecake? I love recipes that don’t require tons of ingredients. It helps you save some money too. 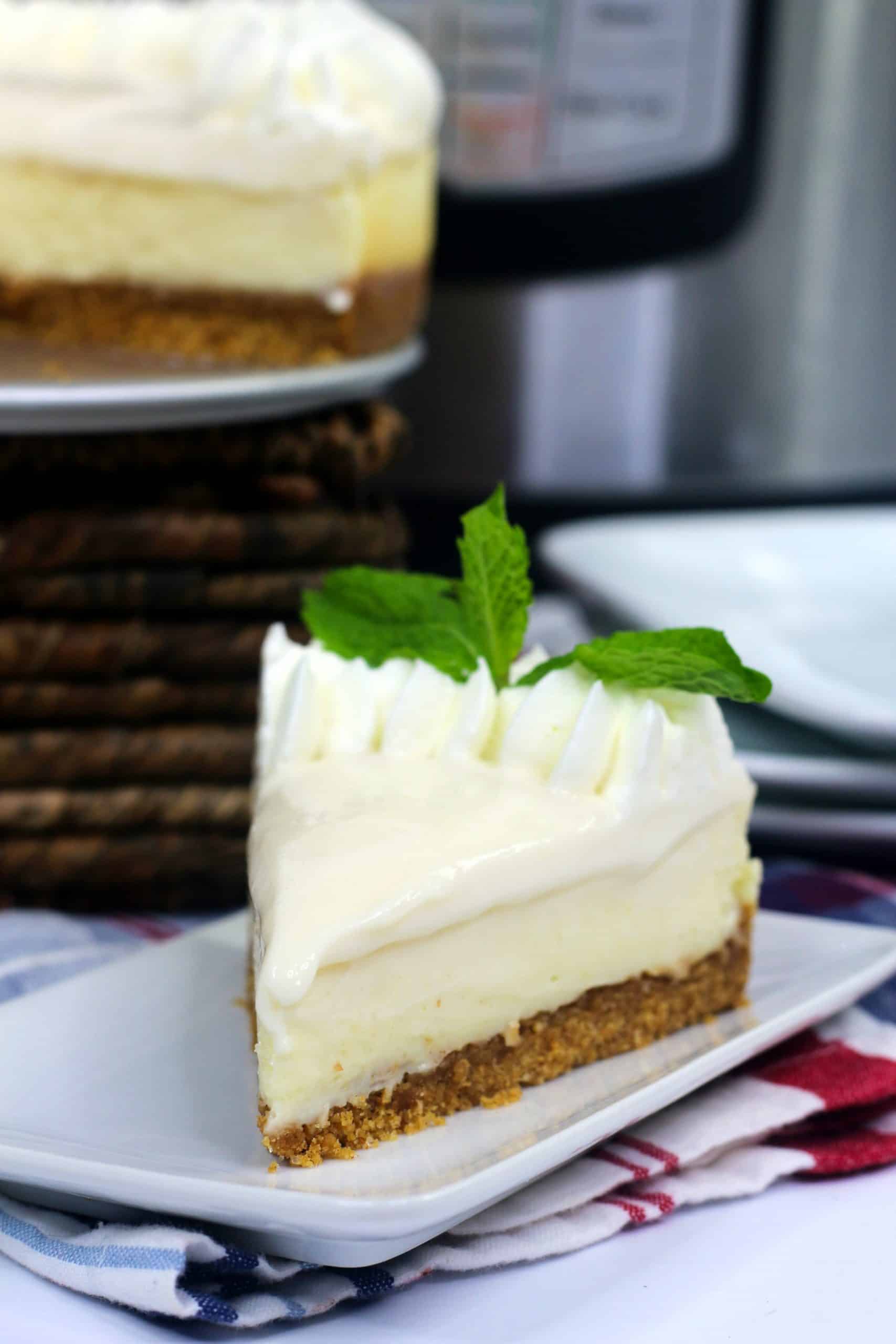 How To Make Cheesecake In Instant Pot

Pressure cooker cheesecake is so quick and easy to make. No one will believe that you made this sweet cheesecake in your Instant Pot, either. I love surprising people with it when I go to dinner parties too.

First Step: Mix the crushed graham crackers, sugar, and melted butter together in a medium-sized bowl. Mix until everything is thoroughly combined.

Second Step: Make a crust by pressing the graham mixture into the bottom of a 6-inch springform pan and place it in the refrigerator.

Third Step: Blend the cream cheese and sugar in a stand mixture until it’s combined and creamy.

Fourth Step: Put in one egg at a time with the cream cheese mixture and beat until incorporated.

Fifth Step: Remove the cheesecake crust from the fridge and pour in the cream cheese mixture.

Seventh Step: Put a rack into the bottom of the Instant Pot and add water to the pot.

Eighth Step: Put the cheesecake and sling from the foil into the Instant Pot.

Ninth Step: Close the Instant Pot and make sure the pressure release valve is closed.

Tenth Step: Put the pressure cooker to the manual position and cook for 30 minutes.

Eleventh Step: After 30 minutes, allow the steam to naturally release for 15 minutes then remove the cheesecake very carefully.

Twelfth Step: Let the cheesecake cool for 1 hour then serve! 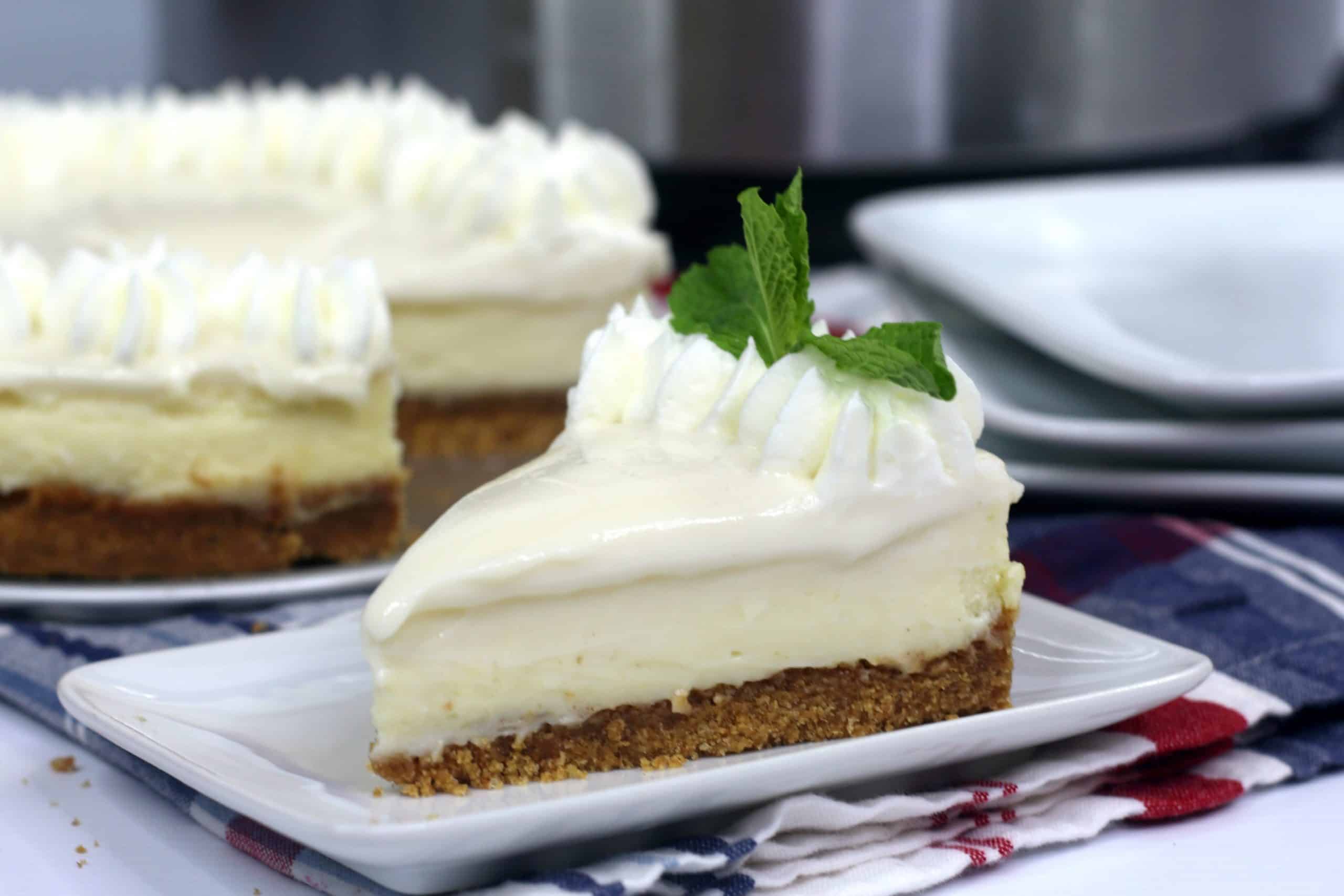 What Is The Best Way To Crush Graham Crackers?

It’s important to make sure that the graham crackers are crushed all the way, so you don’t end up with any large chunks. It should be the texture of dust or sand. I have found the best way to crush the graham crackers is my putting them in a ziplock bag and removing all the air. Then close it up and put it on the counter and begin going over it with a rolling pin. It just takes a few minutes to crush them, and they are the perfect texture every time.

Another option is to toss them into a food processor and give it a few whirs. It will turn into a excellent crumb texture in no time, and it’s a pretty user-friendly method.

Because this is a classic cheesecake recipe, it doesn’t have all the extra toppings and fillings. I LOVE a classic cheesecake more than anything. However, if I am craving chocolate or fruit, I will add in some extra fun stuff to make it even better. Here are some ideas to try:

How Do You Store Pressure Cooker Cheesecake?

Store this pressure cooker cheesecake in the refrigerator in a sealed container with a lid. It’s a good idea to keep the cheesecake away from any food that happens to have a strong odor. Otherwise, the classic cheesecake may take on some of those flavors and not taste as good. The cheesecake will last 5-7 days in the fridge, so it’s perfect if you want to make it ahead of time.

You can also store the easy cheesecake in the freezer for 2-3 months. Again, you want to keep it completely airtight and covered. When you are ready to serve, just put it in the refrigerator for a few hours and serve it. 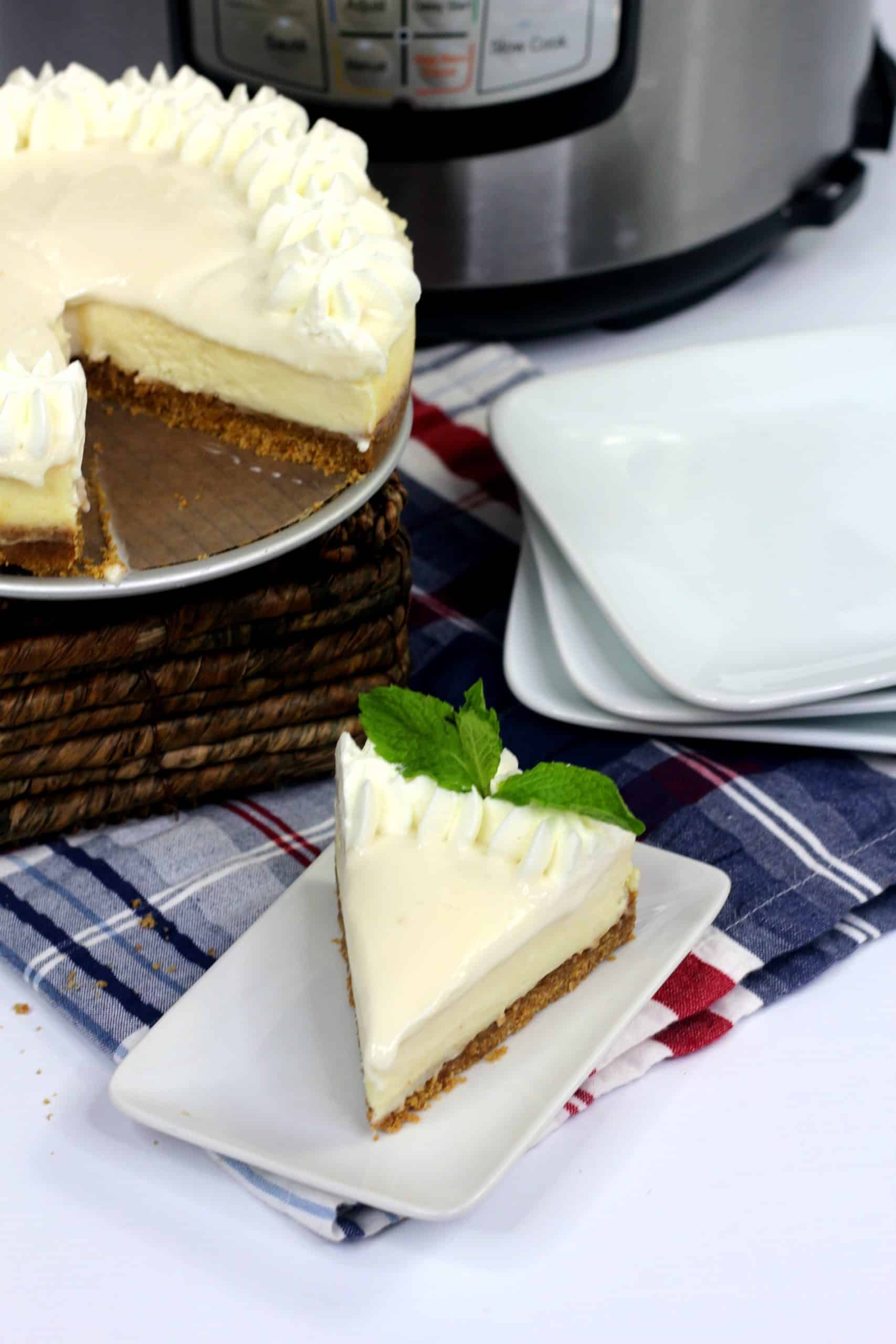 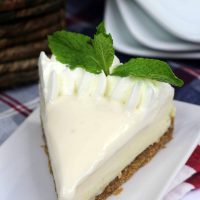 I am pretty much fascinated with all things cheesecake! If you are the same way and always on the hunt for exciting cheesecake recipes, check these out:

Spice Cake Cheesecake Bars – Okay, so these aren’t actual cheesecakes, but they are cheesecake bars! So they can easily be transported when you are on the go. 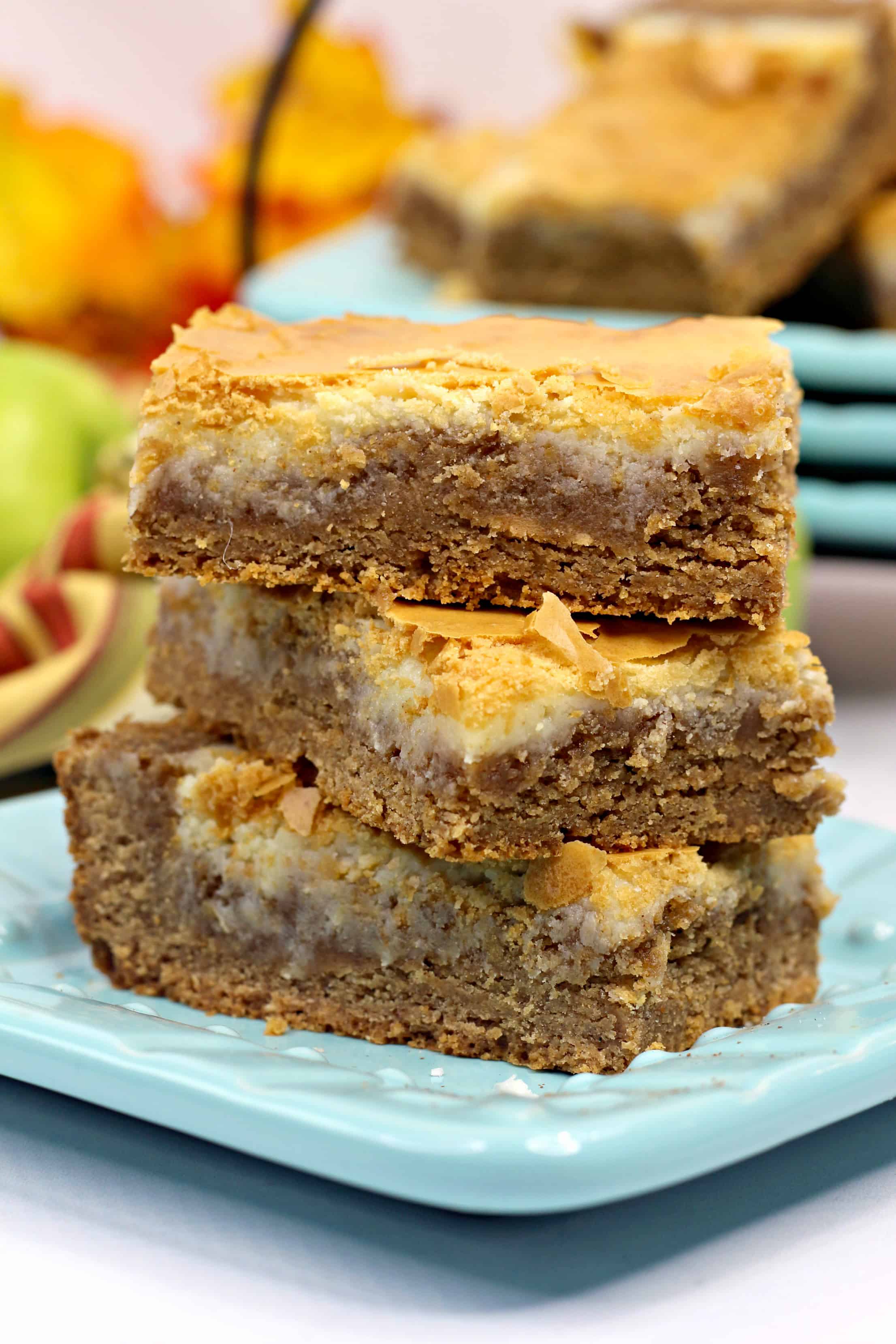 Cookie Monster No Bake Cookie Cheesecake – Oh, if you love cookies and cheesecake, this is a must. It’s an explosion of yumminess that is hard to beat. 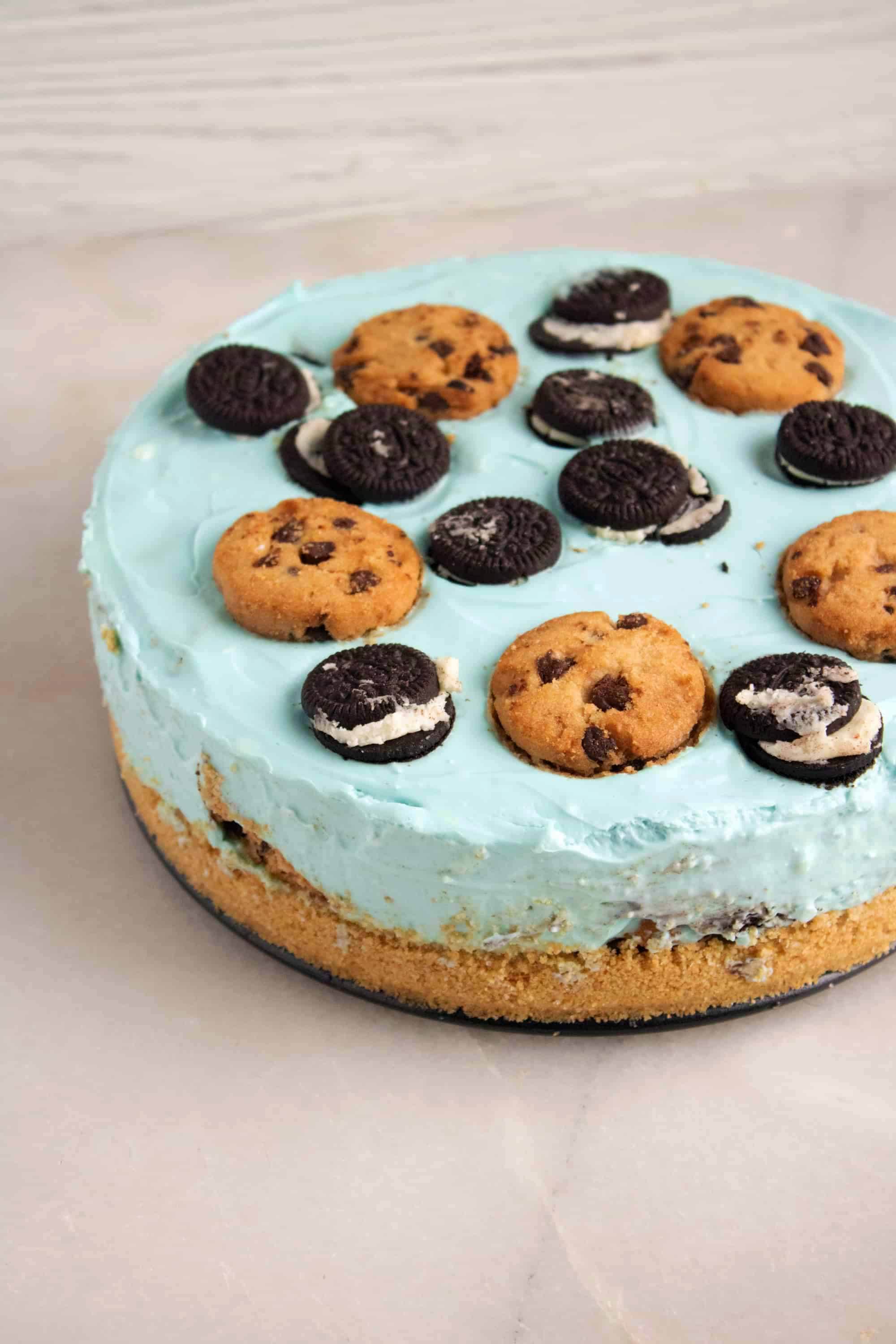 Buckeye Peanut Butter Cheesecake Layer Cake – Holy cow! If you love peanut butter and chocolate together, then you are going to be wild over this amazing combination. The flavors are sinfully delicious. 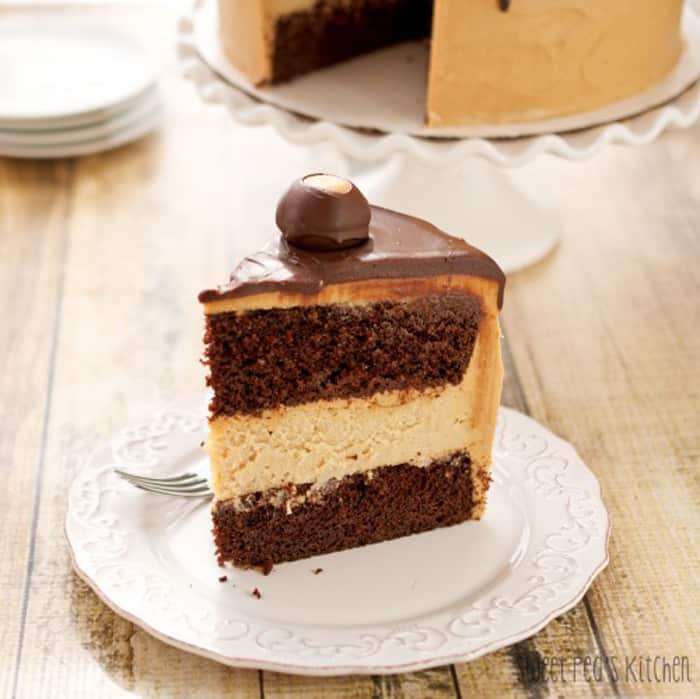 No Bake Nutella Cheesecake With Banana – Nutella is one of those addicting flavors on its own. Imagine how amazing it is when it’s a cheesecake and paired with banana. Yum! 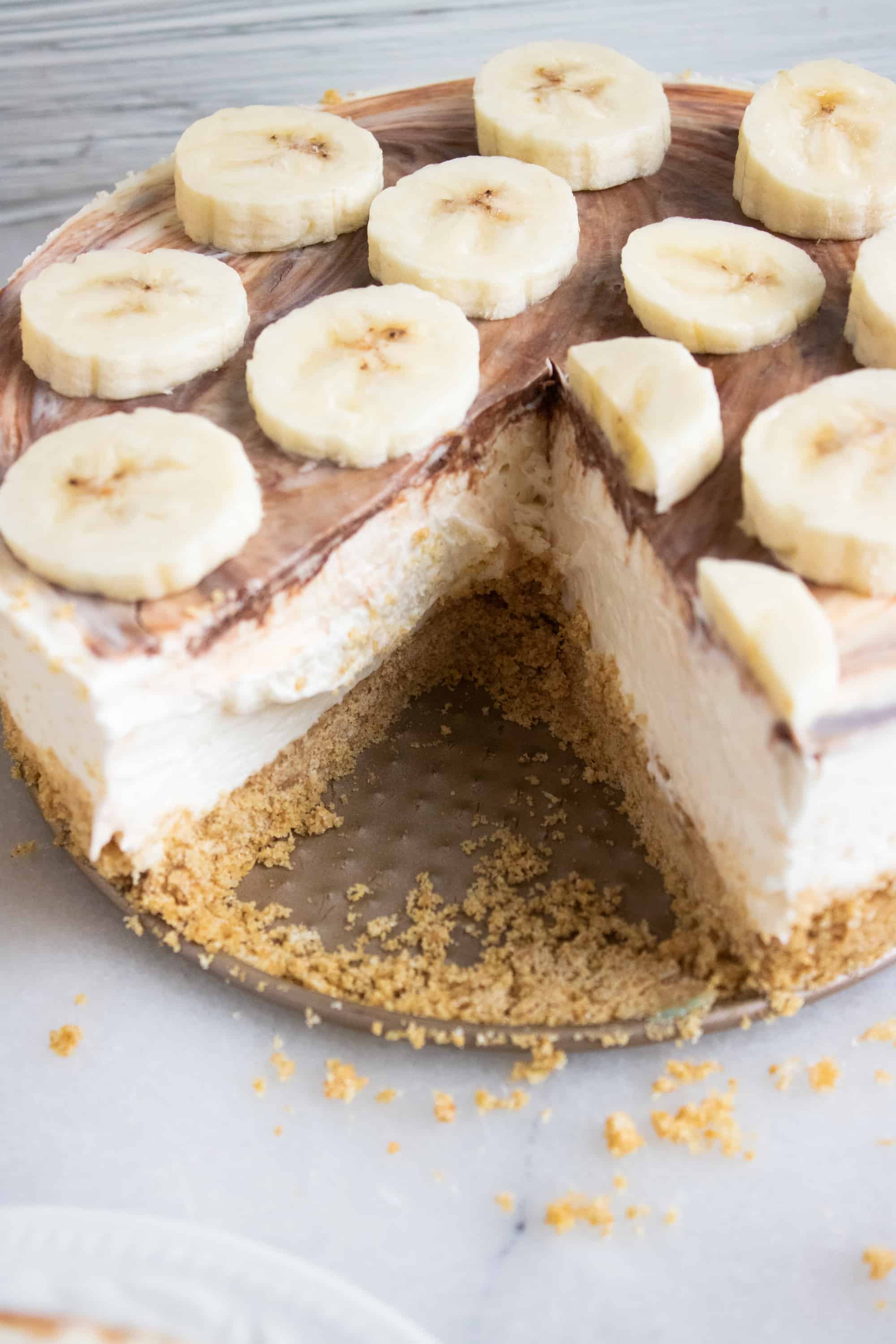