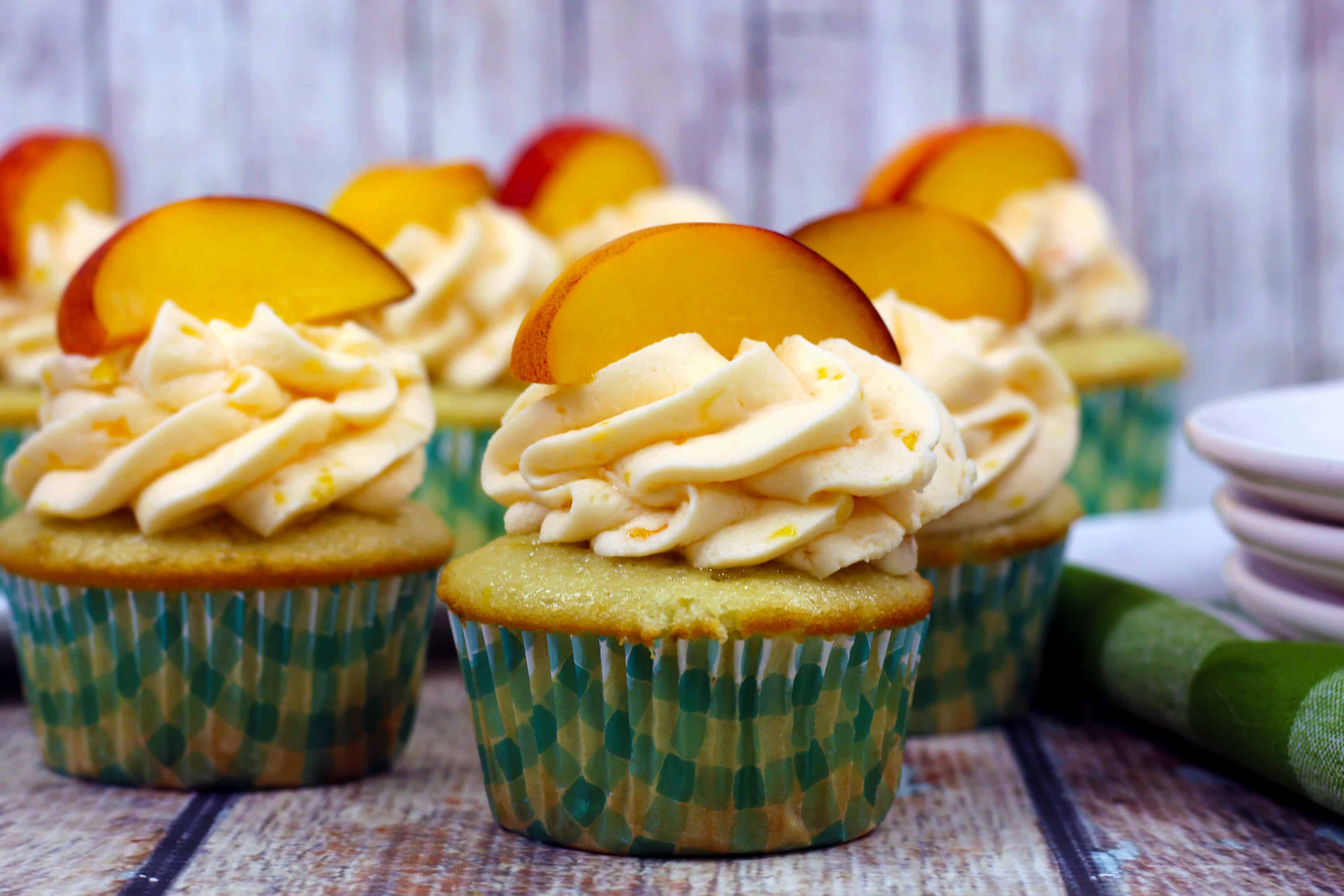 You Have to Save this Peach Cupcake Recipe

Is This an Easy Cupcake Recipe

When people think about making cupcakes, they often want to make box mix cakes because they want an easy cupcake recipe. And while I do make cupcakes sometimes using cake mixes, this is a very easy cupcake recipe. So easy that it makes sense to make the cupcakes from scratch. With almost the same amount of time it takes to make a cake mix cupcake, you can have these cupcakes made since you would be adding the extra ingredients to the cupcakes to give it the peach flavor.

Can I Make this a Peach Cake Instead

While I like making this recipe as cupcakes, you can make this into a peach cake instead. The batter is made the same way, only the cooking time changes. If you make the peach cake in a 9*13 inch pan, you will bake the cake for about 30 minutes or until a toothpick comes out clean. If you baking in 2 round 8 inch pans, you will bake the peach cake for 35-40 minutes and in 9 inch round pans, it will bake for 30-35 minutes. You will use the peach cupcake icing to frost the top of the cake and if making round cakes, add a layer of icing between the layers of cake.

How Long Do Peach Cupcakes Last?

Can I Freeze Cupcakes

I love to freeze cupcakes. When I used to make cupcakes, some would always go bad before we could eat them all. That is why I started freezing my cupcakes. The best way to freeze cupcakes is to put already frosted cupcakes on a cookie sheet and place the whole thing in the freezer. Once the cupcakes are frozen, you can move them to either a freezer bag or another airtight container. This prevents the frosting from getting stuck and coming off the cupcake. If the cupcakes are not frosted, you do not have to worry about the cupcake sticking. When you are ready to thaw the cupcakes, you will want to remove them from the container or freezer bag before thawing, or else your icing will stick.

How to Make Cupcake Icing

This is one of my favorite cupcake icing recipes. It has a nice peach flavor to the icing, which can be left as it, removed for cupcakes that are not peach flavored, or have more added if you want a stronger peach flavor. This is a bakery-style icing, which will give you the icing you are craving for a cupcake. That is why this is a great cupcake icing. If you are making a peach cake, you can spread this icing across the cake. If you are making cupcakes and want to decorative style you will want to use use a pastry bag and star tip.

How to Store Peach Cake Cupcakes

These are a great cupcake to make during the summer months when fresh peaches are in season. If it is out of season when the peach cupcake craving hits, you might be able to find fresh peaches, however, expect to pay more per pound for them. 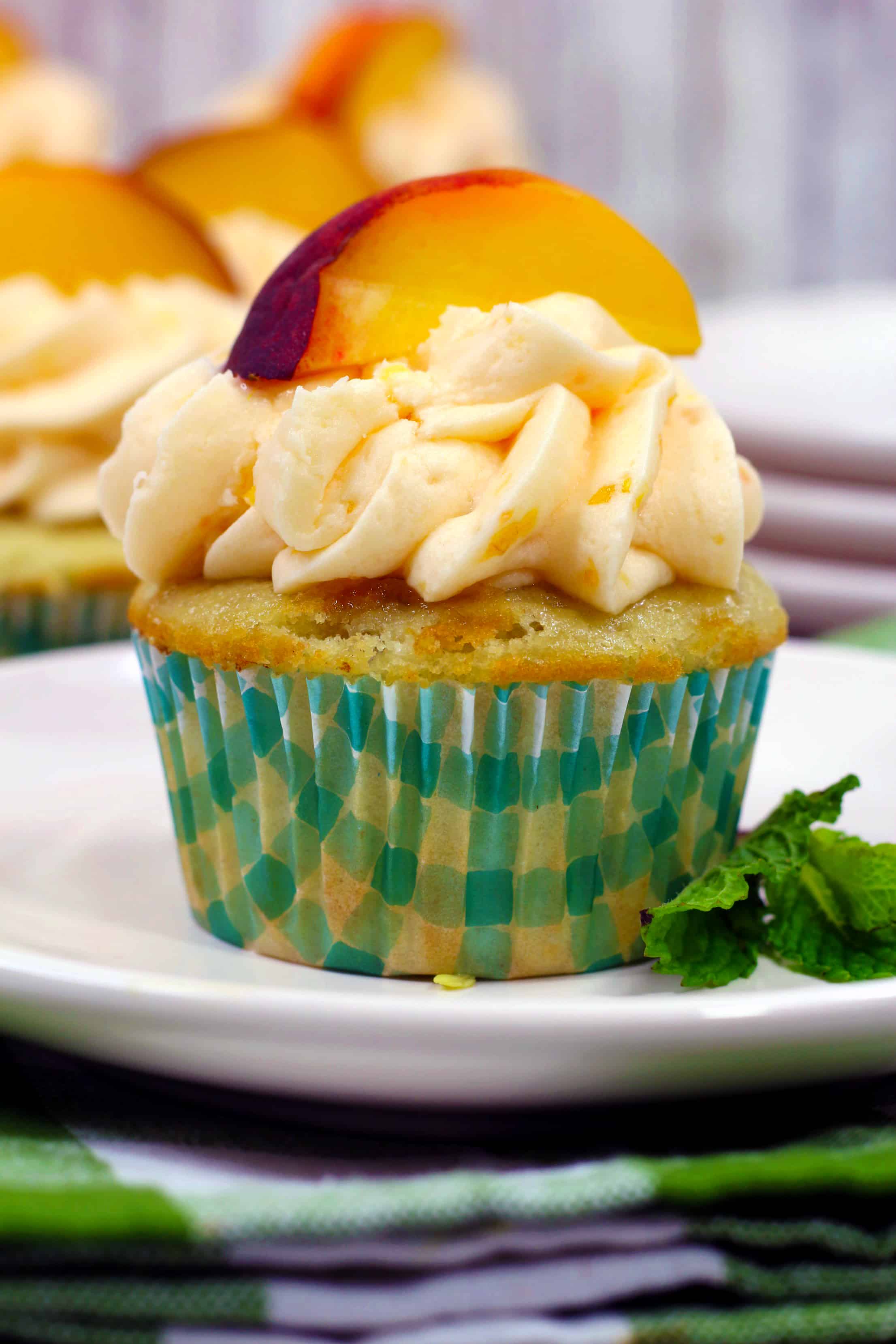 How to Make Peach Cupcakes

In a large bowl, whisk together the flour, sugar, cinnamon, baking soda, and baking powder until combined

Fold in the dry ingredients until combined

Fold in the diced peaches

Bake in the oven for 21 minutes 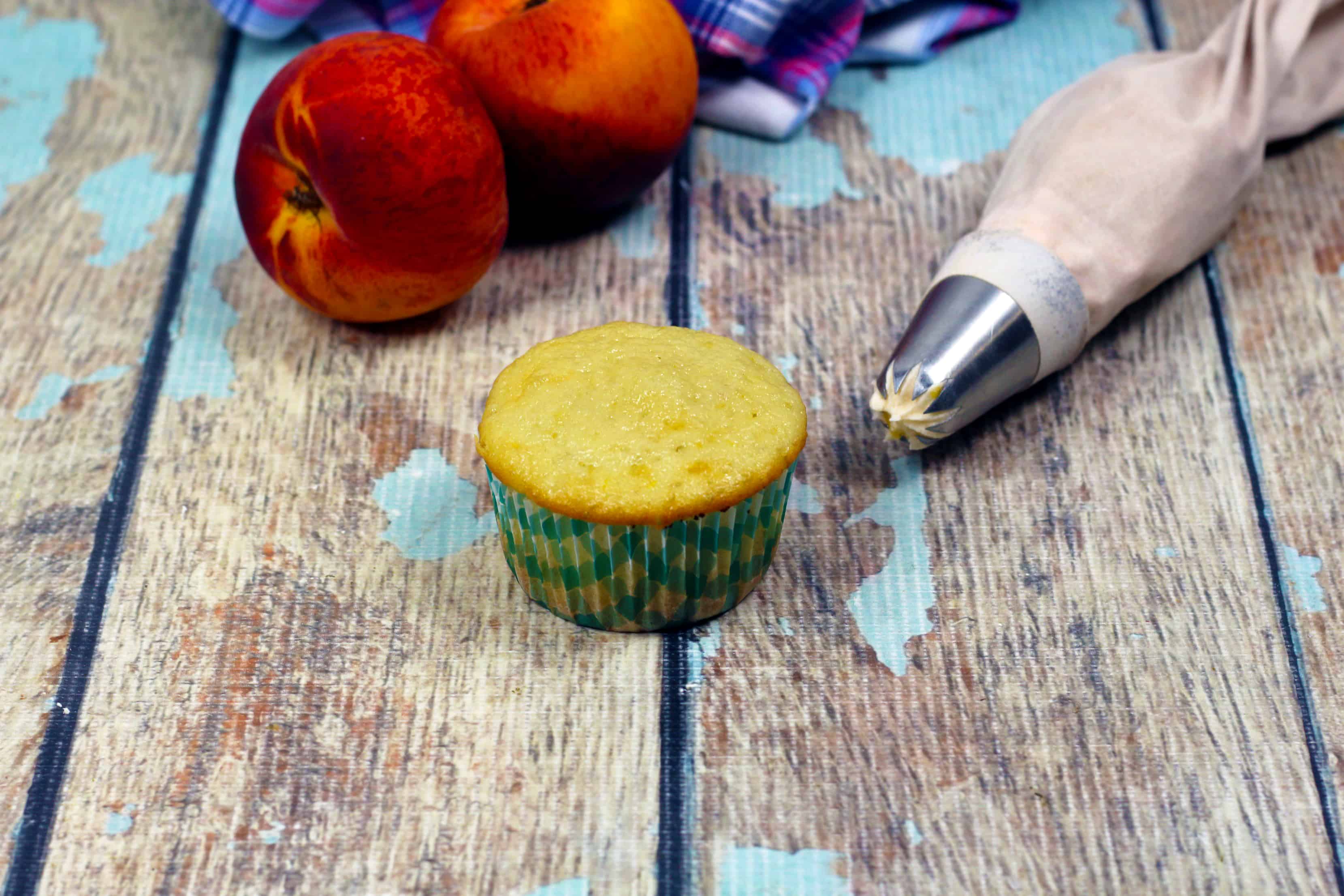 Using a standing mixer, beat all ingredients except the peaches until combined, smooth and thick

Fold in the peaches 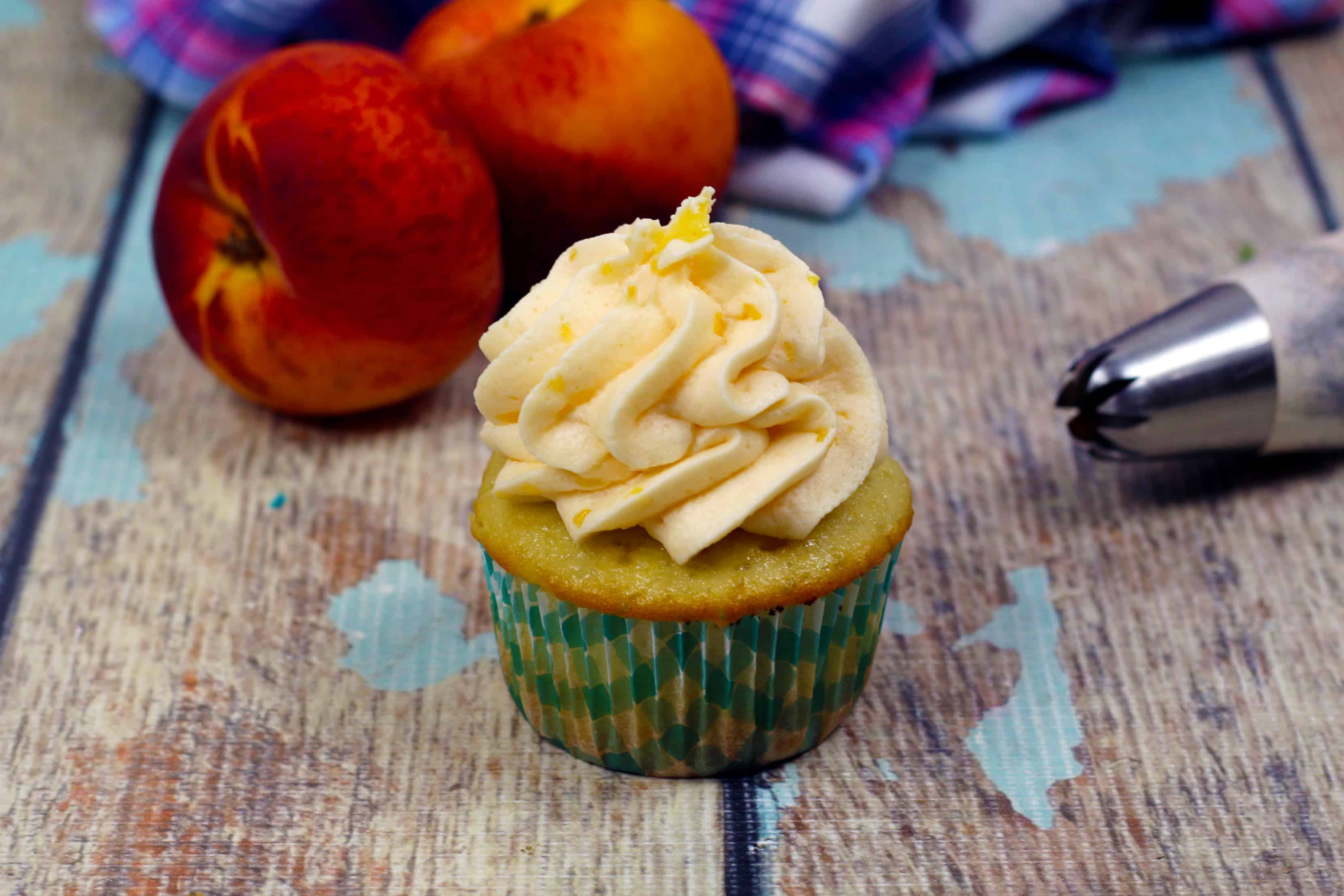 Now, time to save these GOOD Peach Cupcakes on Pinterest for later 🙂 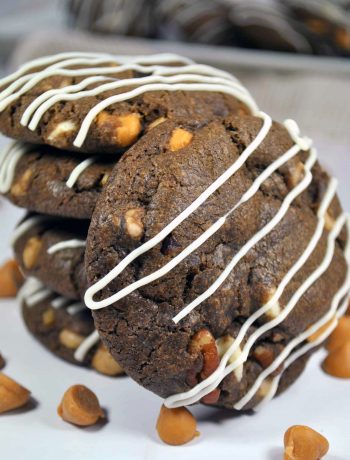 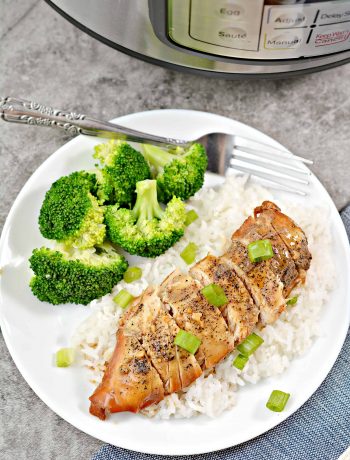 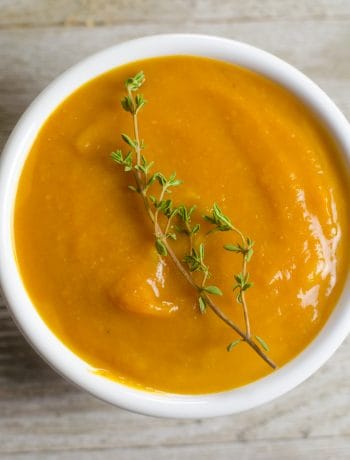