Quick, fast, and healthy is the name of my preferred dinner game. As much as I love to cook, who really wants to spend hours in the kitchen after a busy day at work or with the kids? I prefer making meals that I can throw together that don’t take a ton of effort like these grilled shrimp foil packets. 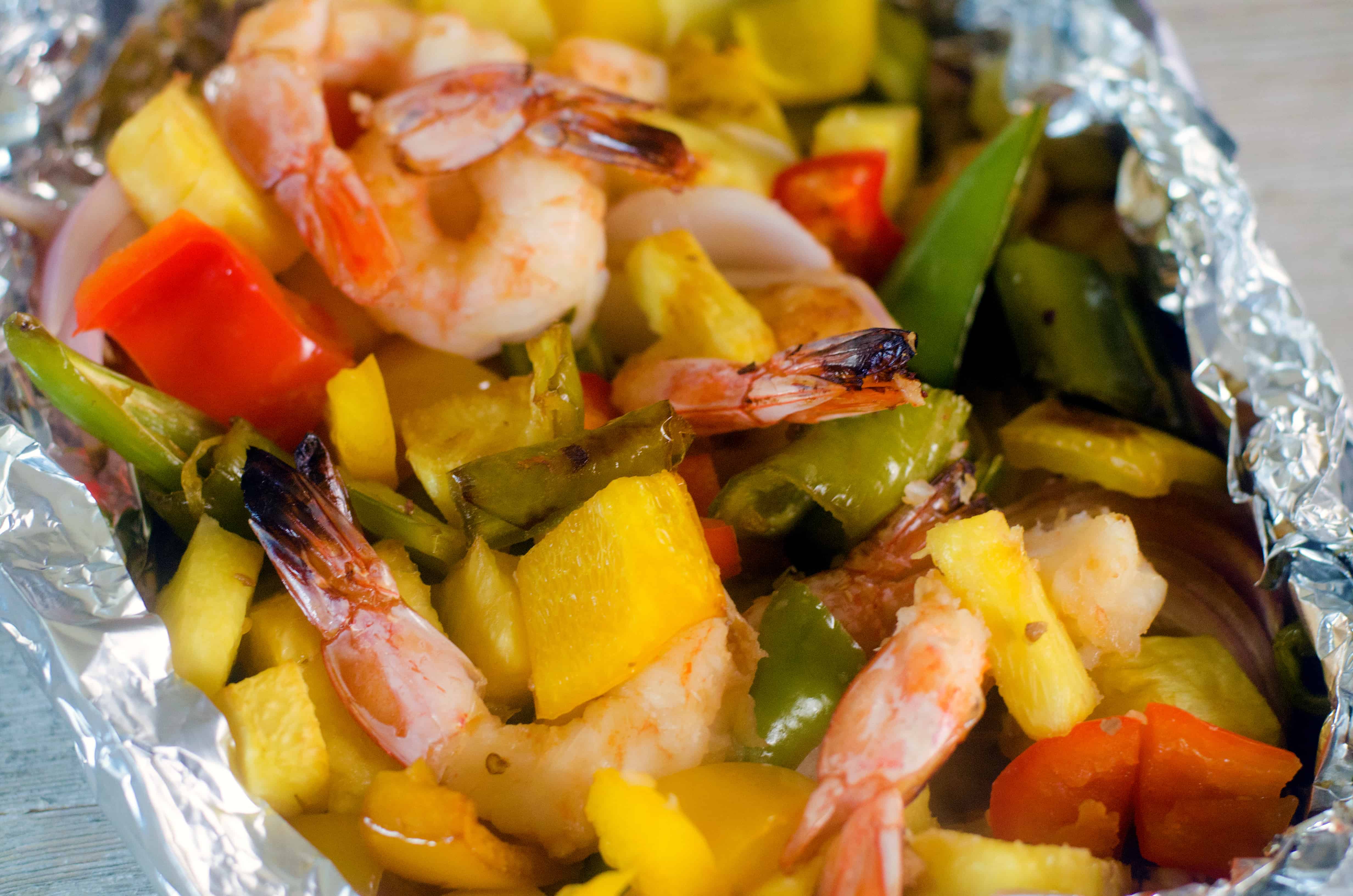 Shrimp boil packets make the best dinner because they are super easy and there isn’t much to do to throw them together. The best part is you get a fancy meal without spending all day in the kitchen, so I call that a huge win.  Here are the simple steps to make this tasty Hawaiian pineapple shrimp.

First Step: Begin by tearing off a large piece of foil and folding it in half. This will make the foil packet stronger and less likely to tear when you are putting it on the grill and removing it.

NOTE: You can either make 1 large packet or several smaller packets depending on your preference. The cooking time will vary if you make a smaller packet, but that will depend on the amount of food in each pack. I recommend checking individual packets at 15 minutes instead of 30. 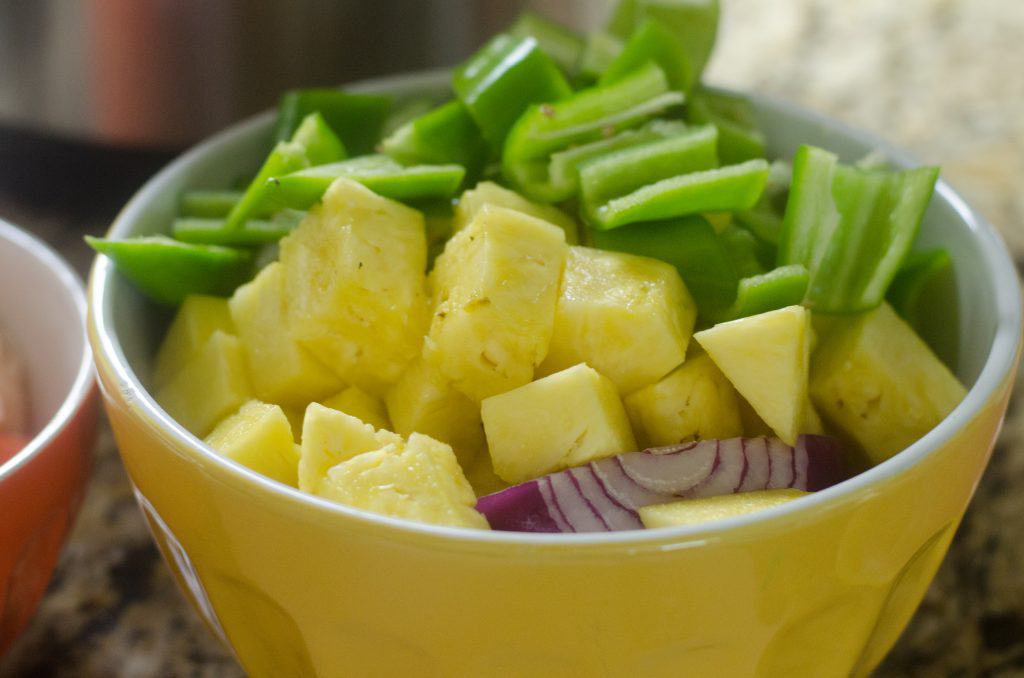 Third Step: In a medium bowl, add in shrimp, chopped peppers, onions, and pineapple chunks. Stir them together.

Fourth Step: Use a measuring cup or spoon to scoop up and place it in the center of the foil packet. I usually do about 1 – 1 1/2 cups per individual packets or place everything in one pack. Drizzle each packet with pineapple juice and soy sauce. Sprinkle with salt and pepper to taste.

Fifth Step: Grill for 30 minutes or until the shrimp has browned slightly and the veggies are done. Or you can bake it in the oven for 30 minutes then finish by broiling for 8-10 minutes.

Yay, now you can enjoy your new go-to Hawaiian shrimp recipe! I told you it would be super easy to make this pineapple shrimp recipe. 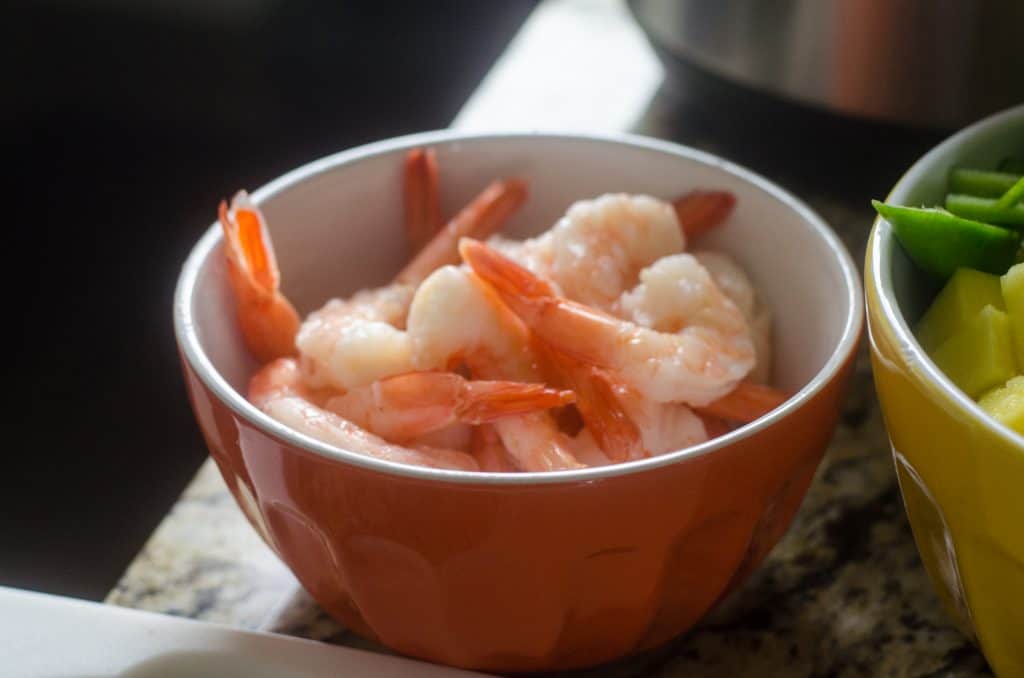 Oh, the variety you can do with these grilled shrimp foil packets is amazing! Add in all your favorite ingredients or make several different options for each person. Try some of these flavor combinations:

Do I Need To Use Fresh Pineapple To Make Hawaiian Shrimp?

You can use fresh, canned or frozen pineapple to make Hawaiian shrimp. I basically use whatever I have on hand. Canned pineapple is fantastic because it is so juicy and sweet, but I love the freshness of regular pineapple. Try it all three ways because they each bring something a little different to these grilled shrimp foil packets.

Do I Leave Tail On Shrimp When Cooking?

Everyone has a different opinion as to whether you remove tail or leave it on when cooking shrimp. Basically, it is going to depend on what kind of dish you are cooking and who you will be serving it to. I opted to leave the tails on when I made oven shrimp foil packet. We just cut the tail off when we are eating it. I think leaving the tail on makes the shrimp look bigger and classier. However, if I am serving Hawaiian shrimp foil packets to several other people, I will sometimes remove the tails before cooking. Overall, it’s entirely up to you.

How To Store Hawaiian Pineapple Shrimp

Store leftover Hawaiian pineapple shrimp in an airtight container in the refrigerator. It will last 3-4 days and makes terrific leftovers. To warm it up, simply place in a skillet with a little olive oil and cook until hot. You can also microwave it too. Cover with a paper towel and warm it up at 30-second intervals in the microwave.

How Do I Know If Shrimp Is Done?

Shrimp is one of my favorite proteins to cook because it kind of shows you that it’s ready to serve! If you haven’t cooked a lot of shrimp, it can be a little intimidating in the beginning because if you overcook it, you end up with a rubbery dish. When shrimp is ready to eat, the tails will become darker, and the flesh of the shrimp will become light pink. If you notice the shrimp has become really white, then it has cooked too long. You can still eat it, but the flavor won’t be as amazing.

Another thing to check for is when shrimp is cooked, it will make a slight “c” shape. If you notice the head and tail seem to be in a tight “c” and almost touching, then it is most likely overcooked.

These Hawaiian Shrimp Foil Packs are a quick, easy and healthy meal that’s packed with flavor. Cook on the grill or in the oven!

Save this delish Hawaiian Shrimp Foil Packs recipe for later: 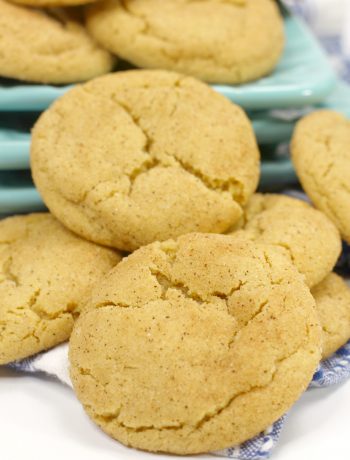 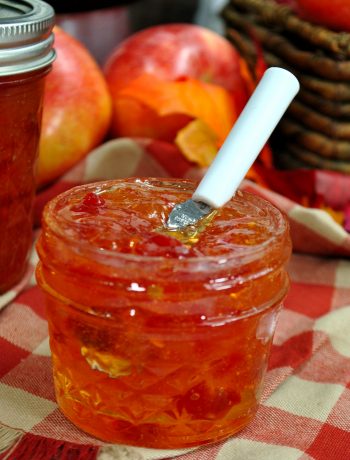 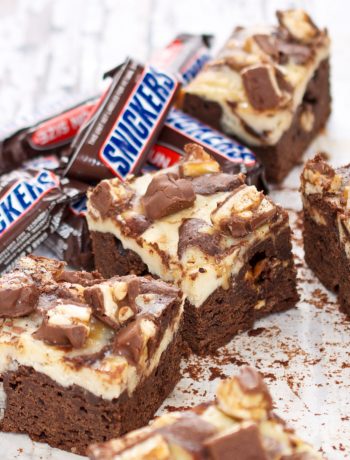