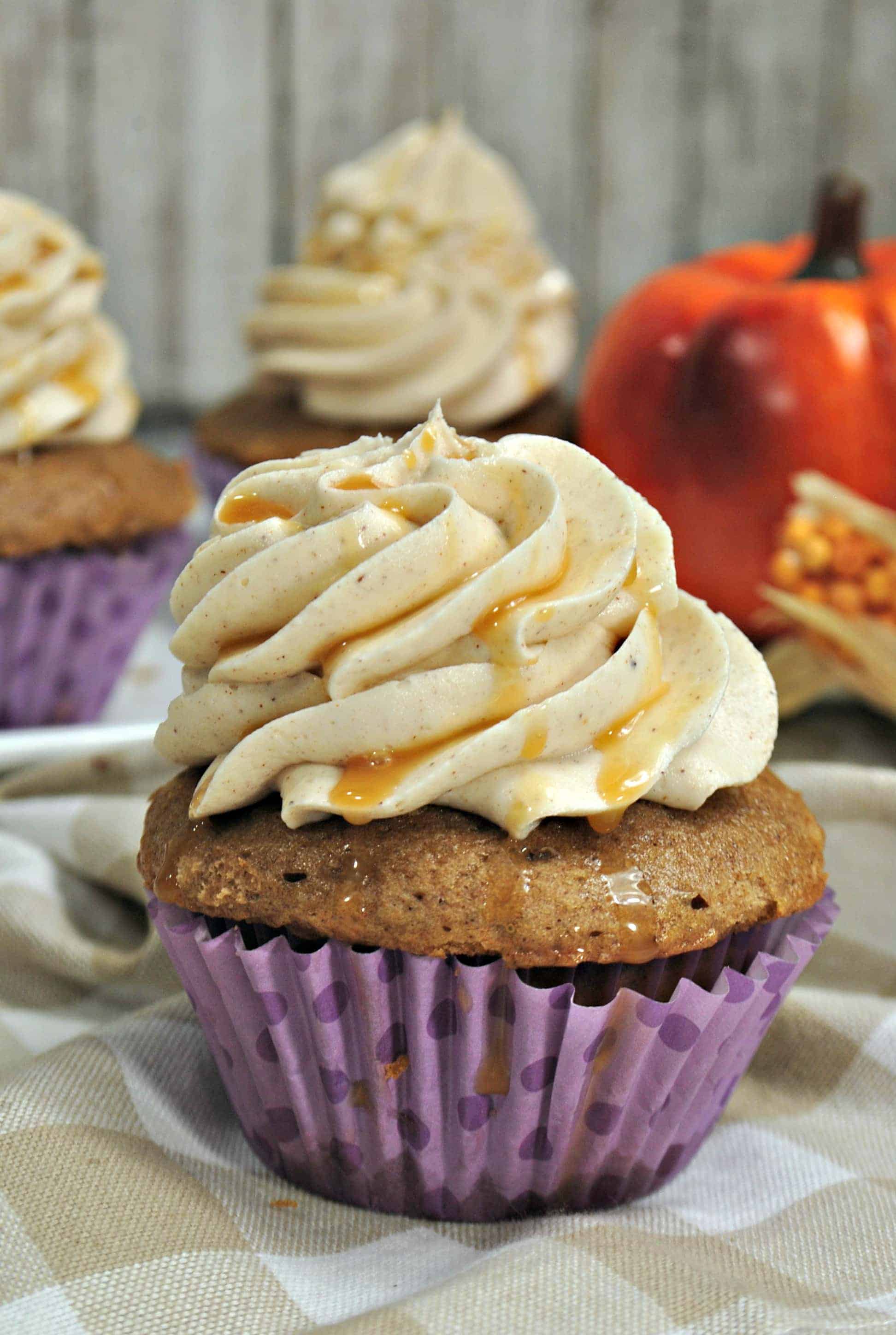 These pumpkin caramel latte cupcakes combine two of fall’s most popular flavors and taste phenomenal. You will be in food heaven when you bite into the moist cupcakes and taste the cinnamon frosting and caramel drizzle.

Fall is one of my favorite times of the year. I love the weather, not too hot, not too cold. The colors, all of the many shades of red, yellow and orange, are so beautiful and I love watching the trees change color. There is nothing better on a chilly day than enjoying some pumpkin cupcakes.

How To Make Pumpkin Cupcakes

I am not even kidding; when you try a pumpkin spice latte cupcake, you are going to be so glad you made them. Every bite is full of flavor, and they have the perfect cupcake texture. Okay, I won’t keep you waiting any longer. Here are the simple directions to make this easy pumpkin dessert:

First Step: Begin by preheating the oven and lining a cupcake pan with liners.

Second Step: In a large bowl, add in flour, instant coffee, baking powder, baking soda, salt, cinnamon, nutmeg, and cloves. Whisk them until they are mixed together.

Note: You can mix by hand or with a handheld mixer if you don’t have a stand mixer.

Fourth Step: Add the eggs, one at a time, beating after each addition.

Fifth Step: Gradually mix in the flour mixture one cup at a time, blending in after each addition.

Seventh Step: Remove from the oven but allow the cupcakes to cool in the cupcake pan for about 10 minutes, then transfer them to a wire rack to cool completely.

How To Make Cinnamon Frosting

First Step: Mix butter, powdered sugar, vanilla, heaving whipping cream, and cinnamon in a stand mixer. Whisk together until the cinnamon frosting is smooth and creamy.

Second Step: Scoop frosting into a piping bag or plastic storage bag. If using a storage bag, push the icing into the corner, then cut the edge off. Then you can use it just like a piping bag.

Third Step: When the cupcakes have cooled all the way you can frost them with the cinnamon frosting. Then drizzle on some caramel sauce.

This caramel latte cupcake recipe is so amazing as it is. There are still a few adjustments you can make to change them up some! Try these tasty ideas:

How To Tell When Cupcakes Are Done?

Once you make this easy cupcake recipe a few times, you will start to be able to tell when they are done pretty quickly. The easiest way to check to see if the pumpkin spice latte cupcake is done is by inserting a toothpick in the center. If the toothpick comes out without any wet batter and it’s dry then you know they are done. Another way to test is by lightly touching the top of the pumpkin caramel latte cupcakes and see if it bounces back up or leaves an imprint. If the pumpkin cupcakes bounce back when touched, then you know they are done baking.

How Long Do Cupcakes Last?

These pumpkin spice latte cupcakes will last 4-5 days if they are appropriately stored. Keep the pumpkin caramel latte cupcakes in an airtight container away from moisture and heat. I prefer to refrigerate this easy cupcake recipe due to the heavy whipping cream in the frosting. Plus, I think that this pumpkin recipe just tastes better cold.

Can I Freeze This Caramel Latte Cupcake Recipe?

Yes, you can freeze this caramel latte cupcake recipe. You can frost them ahead of time and freeze the pumpkin spice latte cupcake. Or if you would rather, don’t frost the pumpkin cupcakes and frost right before serving. Either way, the cupcakes will last 4-6 months in the freezer. Just make sure to keep them in an airtight container or freezer safe bag. This will protect them from freezer burn and taking on other flavors in the freezer.

To serve this easy pumpkin dessert, set them in the counter and let them defrost or place them in the refrigerator a few hours. They will not take a long time to defrost. Once they have thawed, they are ready to serve.

Can I Make This Pumpkin Recipe Into A Cake?

Yes, you can make this pumpkin recipe into a cake instead of pumpkin cupcakes. That is one thing I love about this easy cupcake recipe; you can make a few adjustments and have a cake instead. You will need to double the pumpkin recipe to make an 8-inch x 8-inch square cake. If you want a larger cake, you can make even more batter. Then you will need to bake the cake at 350 degrees for approximately 25 minutes. It may take longer or less time depending on how large of a baking pan you are using.

Can I Leave Frosting Out Overnight?

While you can leave some frostings out overnight with no issues, I don’t recommend leaving the cinnamon frosting for this easy pumpkin dessert. Due to the fact that the frosting has heavy whipping cream, it should be refrigerated. Otherwise, you risk spoilage, and it could make you ill. You really shouldn’t leave the frosting out of the fridge for longer than 2 hours at a time to be safe.

When To Serve This Caramel Latte Cupcake Recipe?

Serve this scrumptious pumpkin spice latte cupcake recipe for any and all occasions. Here are some ideas to get you started:

Now, remember to save this recipe on Pinterest for later: 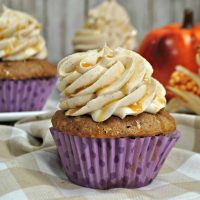 Looking for other easy fall desserts?

Pumpkin Bread with Maple Icing – The cool, crisp air, the gorgeous trees, and all things PUMPKIN! 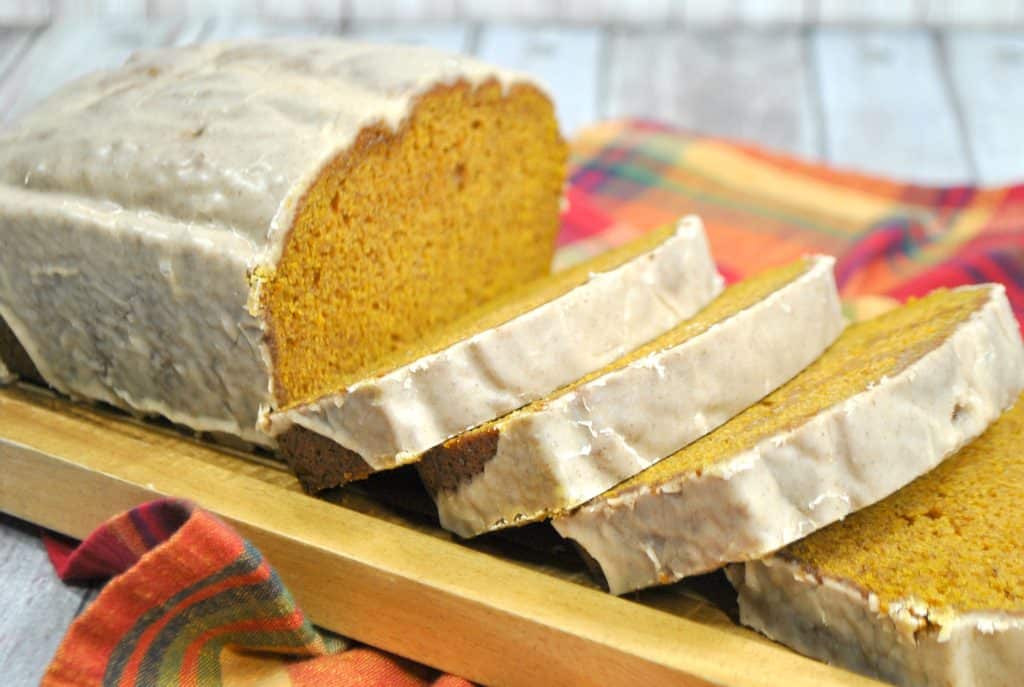 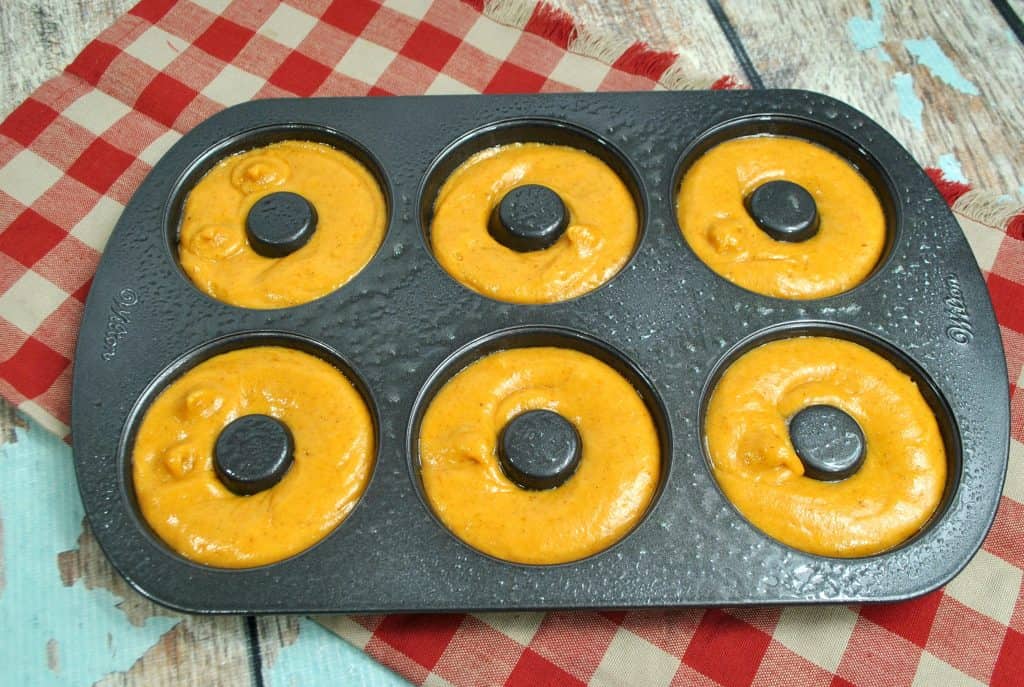 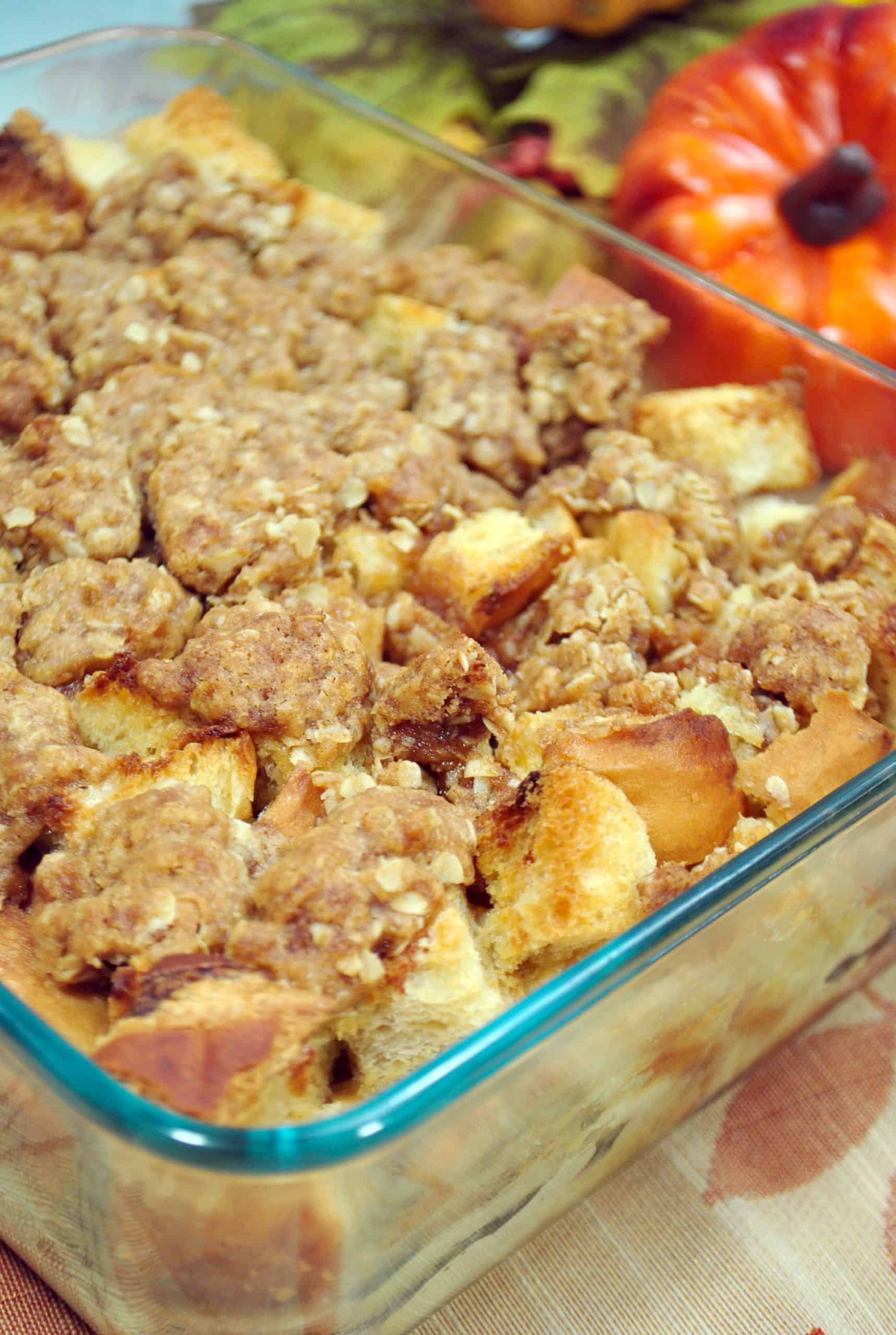